Hey there, my reader!  I hope you haven’t left me . . . despite the fact that it has taken me awhile to return to my blog.  Let’s recap in good old-fashioned bullets all I hope to record since I disappeared from the cyber world:

Starting with the health update: It’s been about half a year since I wrote Mirrors Don’t Lie, which detailed the start of my journey with medicine to combat my multiple sclerosis.  Since then, I have done additional research, spoken to doctors and nurses, and learned some of what I wrote before was not exactly correct.  Therefore, I wanted to rectify those faults and share amazing news on my progress thus far.  Let’s begin!
[Note for those curious: I went back and corrected my earlier post so that if someone comes across it, the information is accurate.] 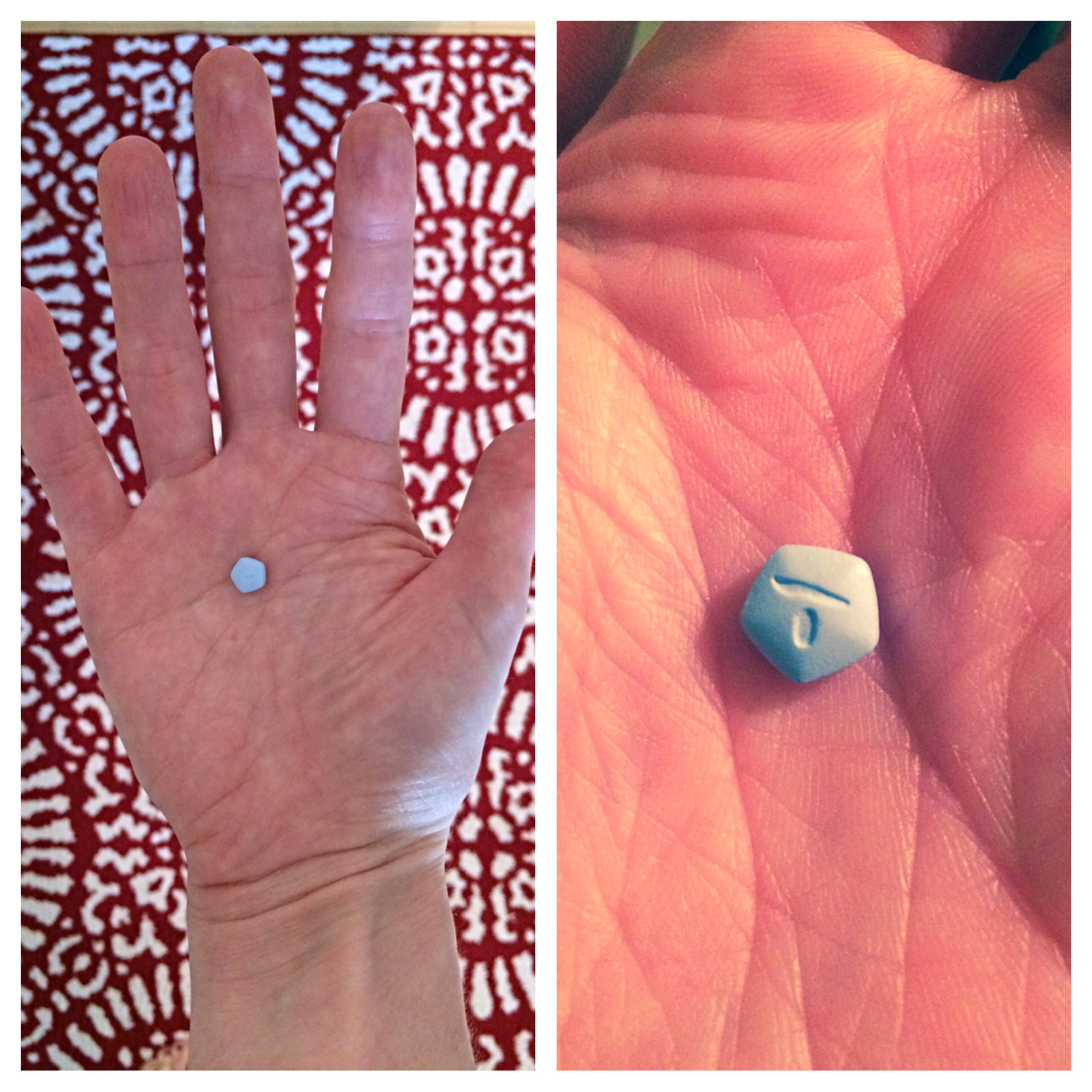 I started taking Aubagio in October and three months in, I had drastic hair loss.  I aimed to be honest, detailing how much hair fell because if roles were reversed and I happened on someone’s multiple sclerosis treatment post, I would appreciate the same candor.  Because of my massive amount of hair depletion, I began to research, calling doctors and nurses, and reading any information I could find.  This is where I learned hair loss is an expected symptom three months in and will continue until . . . well, I don’t know — the medicine gets into your system and your body sorts itself out.  For me, that was up until June.  That’s six months of rapidly — and I do mean rapidly — falling out hair, which was scary.

Essentially I told myself before and during Aubagio that my hair is just that — hair.  It does not define me or form who I am, who I am meant to be.  However, when clump after clump of hair falls, it does affect you.  I debated switching medication, trying another mystery drug where I’m ultimately side-by-side with hundreds of other MS patients who are lab rats.  I did debate this.  But more than that, I held out hope that something — some unnamed thing — would happen to make me know where I was headed was a good decision.  To be truthful though, I don’t know if I necessarily found that magical thing but two things did happen.

First, those Aubagio nurses and researchers, my MS doctor — They were all shocked at how much hair loss I was experiencing.  They said only eight percent of people taking Aubagio actually experience any hair loss.  So to say I had dramatic hair loss, well, dramatically surprised them.  However, this is good for others thinking of taking Aubagio: I’m in the minority.  You (well, if there is an MS friend reading this) will more than likely not experience what I did.  And heck, even if you do — from what experts said — hair loss cannot get much worse than what I already detailed.

In the end, my hair did start to grow back.  In this odd, incredibly thin, wispy fashion but new hair follicles did continue to pop up.  Literally.  I tried to be happy I had hair slowly coming back . . . even if it was a bit peculiar.

Still, I just didn’t feel . . . nice.  I don’t know how else to word it other than I didn’t feel pretty.  Which is why I decided to chop off my hair.  Truth be told, I’ve been wanting to buzz it for as long as I can remember but I was finally ready now.  . . . However, life happens . . . and you meet an Englishman . . . who, ninety-nine percent sure, would have died of a heart attack if I took such a bold move . . . so I prolonged this a little more and opted instead for the shortest pixie. 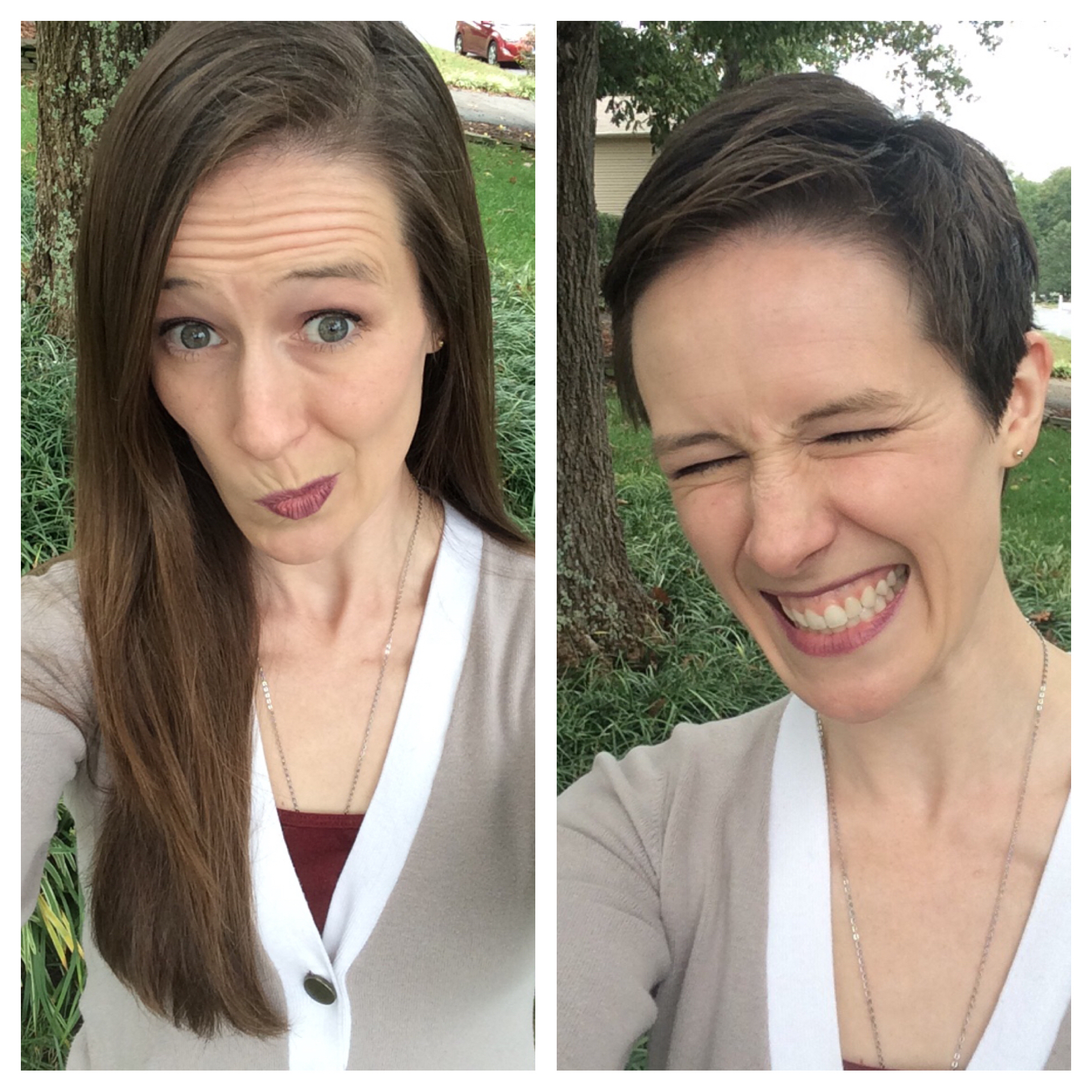 Back to my medication: Now that I’ve cut my hair, I haven’t noticed it falling out and it is growing back like it was pre-meds: thicker and healthier.  Who knows?  It could be placebo effect in this regards, but that doesn’t matter.  What matters is despite the slight downfall of initial hair loss, the medicine seems to be doing what it should be doing, and that is reducing three aspects of multiple sclerosis:

Those three aspects have been proven too — I haven’t had any MS relapses since November.  November — More than one year ago!  That’s remarkable to think I was having at least two major attacks each year.

Still, I do have a follow-up appointment with my MS doctor soon to solidify if Aubagio is working.  That’s because while I feel alright and am looking better, we aren’t positive what is happening inside my body.  This past summer my CT scan showed slight new lesions (in comparison to the scans in the past).  While this is helpful (and scary) news, he confirmed there is no way to tell though if these lesions happened before or after my medication intake.  The only way to be positive is to have another MRI.  And I’m a’hopin’ that one solidifies that Aubagio is a great treatment.