My Yorkshireman aimed to accomplish much the day we arrived in England so jetlag-avoiding naps were tossed aside, along with our suitcases as we darted out of his parents’ home the moment we entered.  Hoping onto a double-decker bus, we perched on top-level seats then twisted above Sheffield’s streets with his parents, aunts, and uncles.

Our energy was high and the exuberance seemed to lift the bus higher as we floated, heading towards the city center to pub-hop before an Indian meal at Andrew’s favorite restaurant. 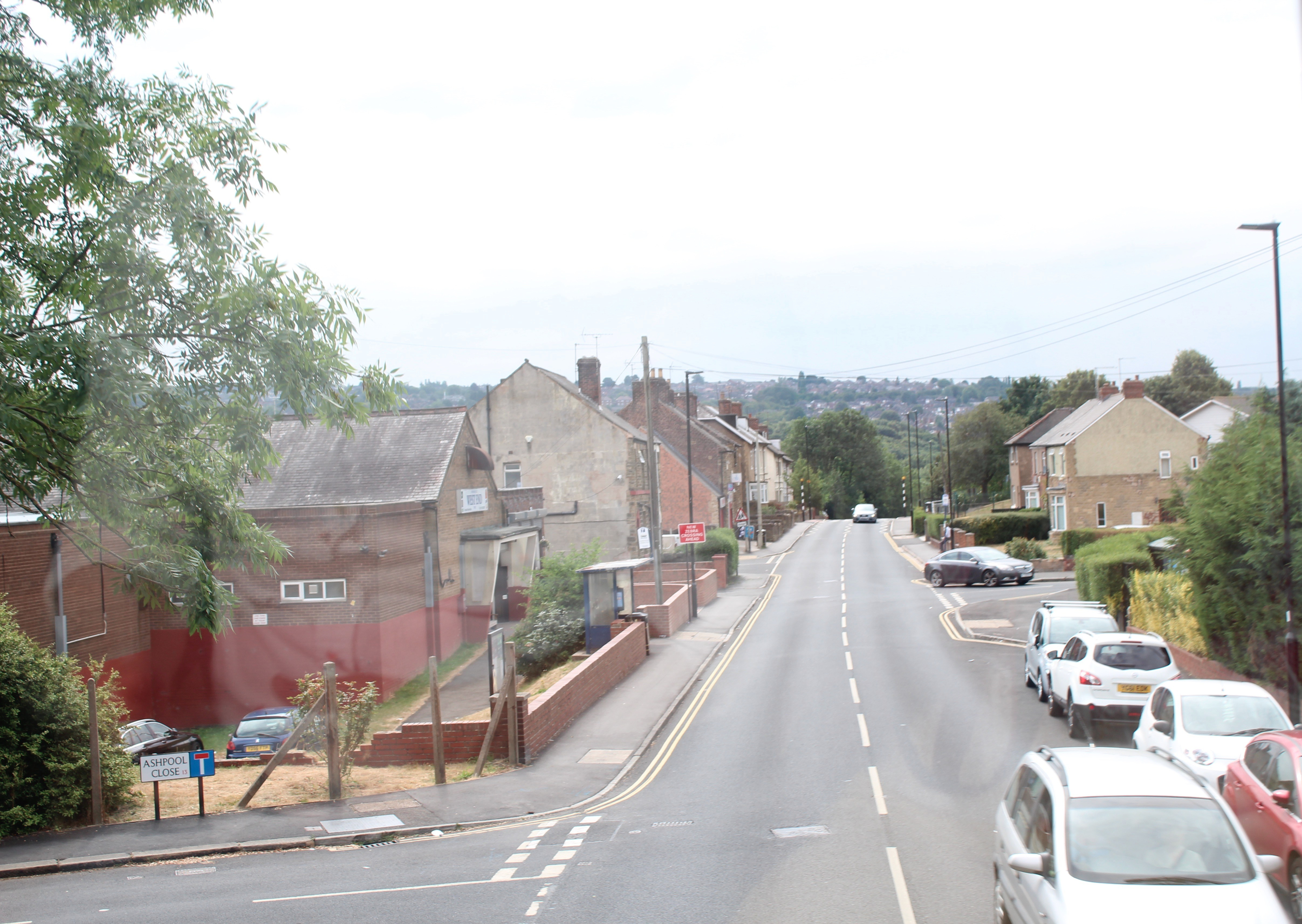 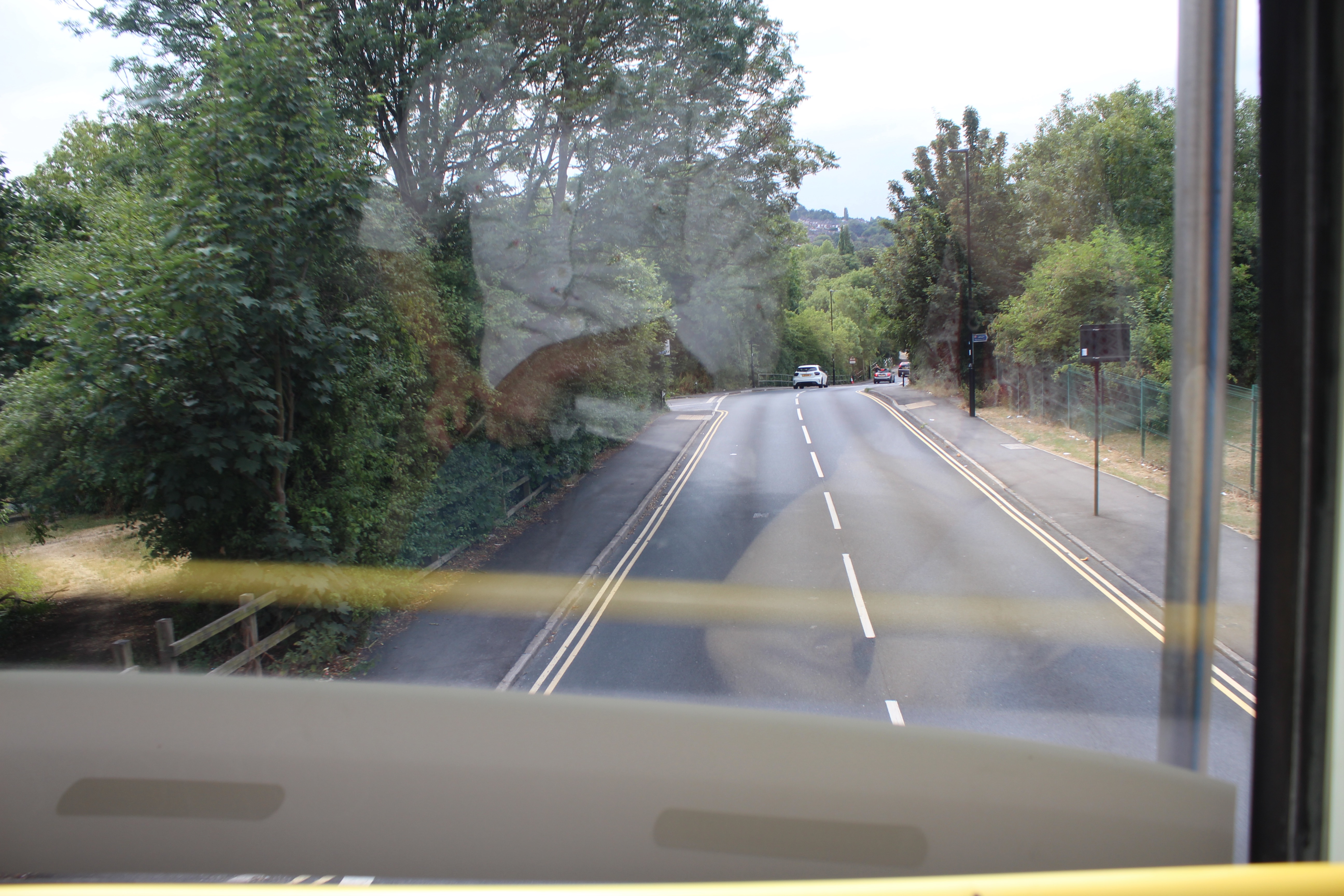 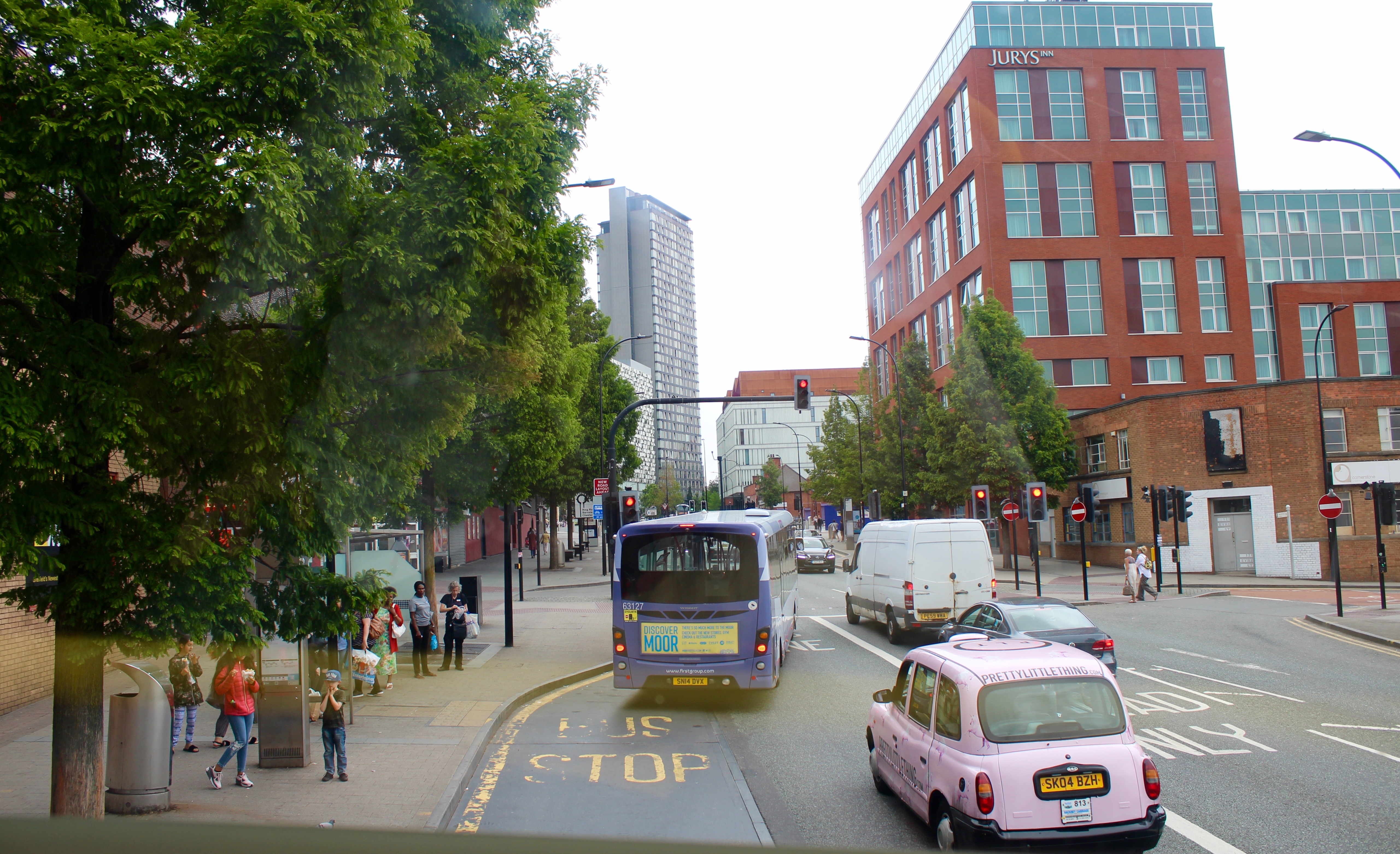 Our first stop was in and around Sheffield via its pubs.  First stop: The Fat Cat where a stout and wrinkly black pug greeted us with snorts.  It feels most times I walk into England’s pubs, I am welcomed by a pup.  The surprise in remembering this — and the fact that dogs are allowed inside some pubs — is one small trait I love best about the country. 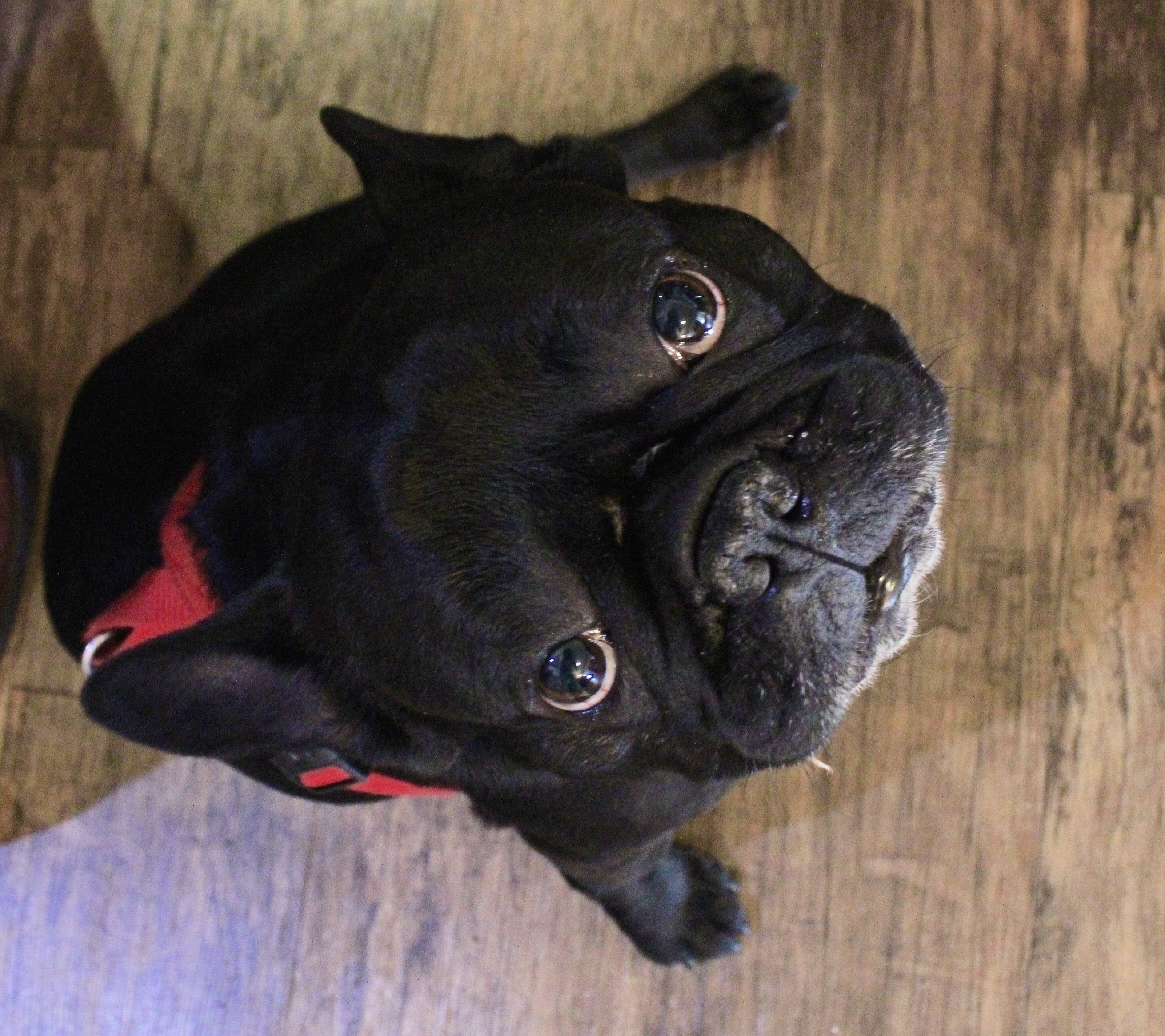 After a pint (or more — the English way), Gardners was next. 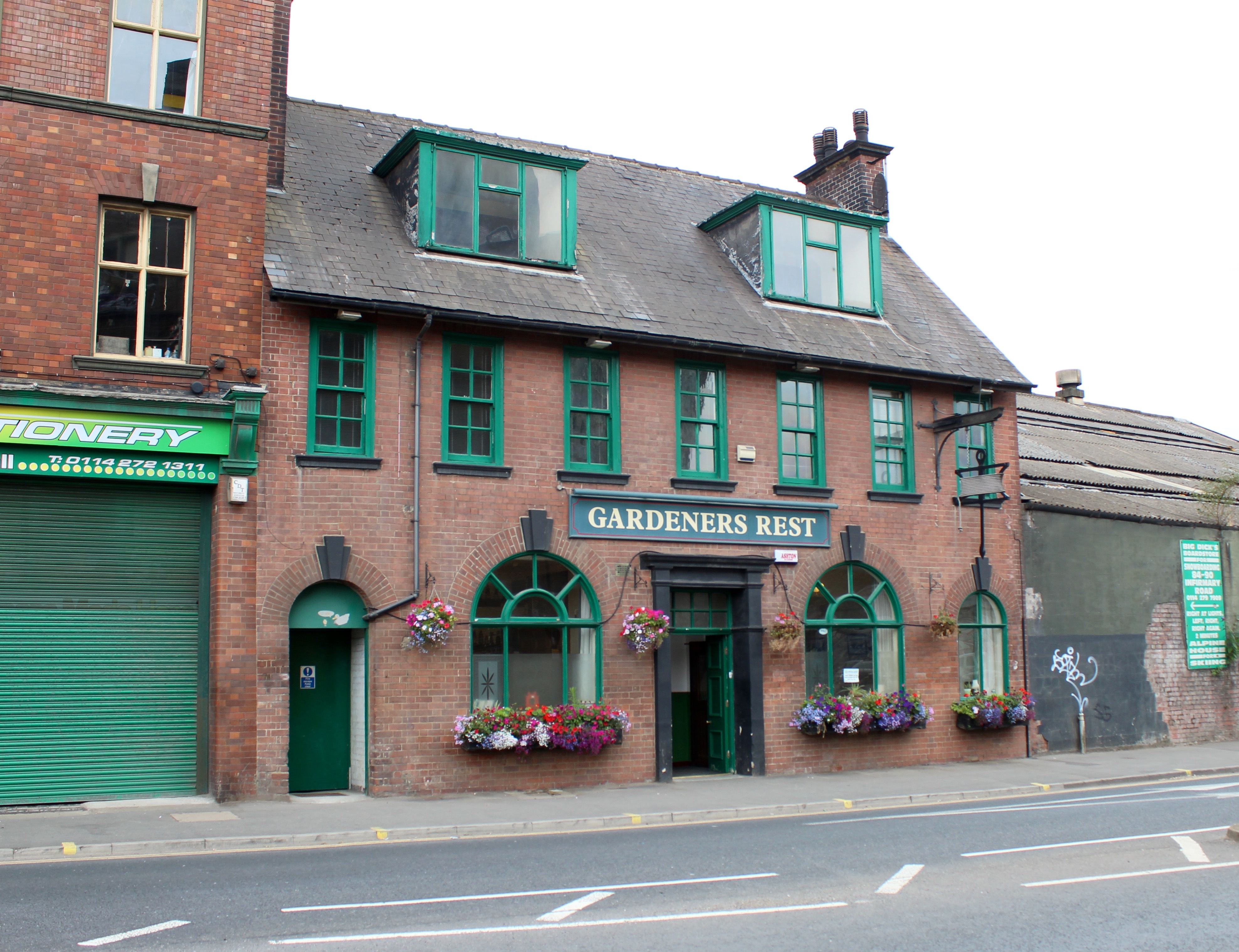 Gardners Rest is a community-owned pub with a back deck that sits along River Don, which Andrew tells me was once one of the most polluted rivers in Europe.  However, it has since been rejuvenated following massive environmental efforts so that salmon, trout, graylin, carp, and other fish, along with otters, ducks, Kingfishers, more are making their way back to the waters.  People crowded the front door when we walked in — a sign of good atmosphere for Brits and reason to squeeze through to stay longer — so we ducked in until reaching the back deck, overlooking a dark green river. 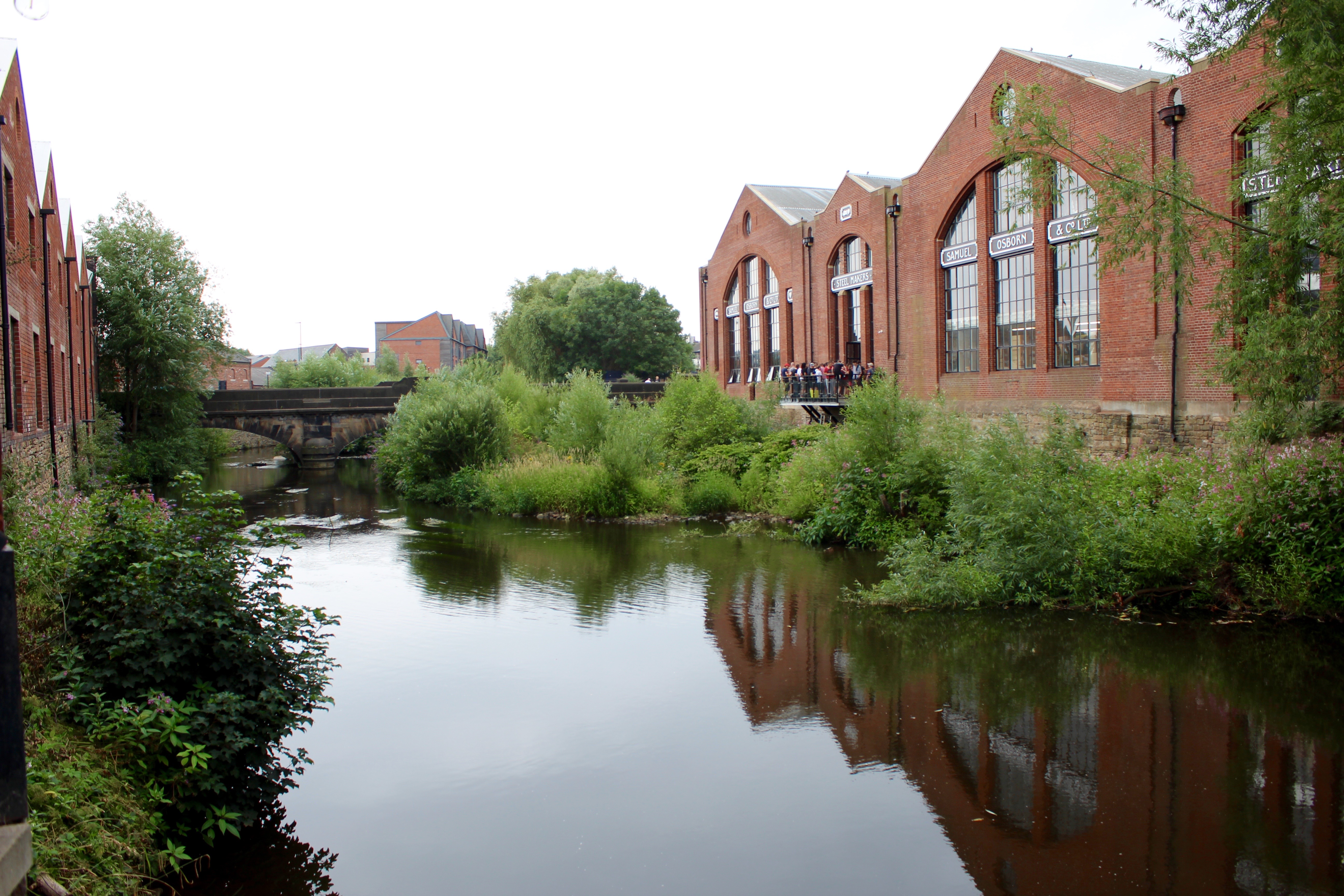 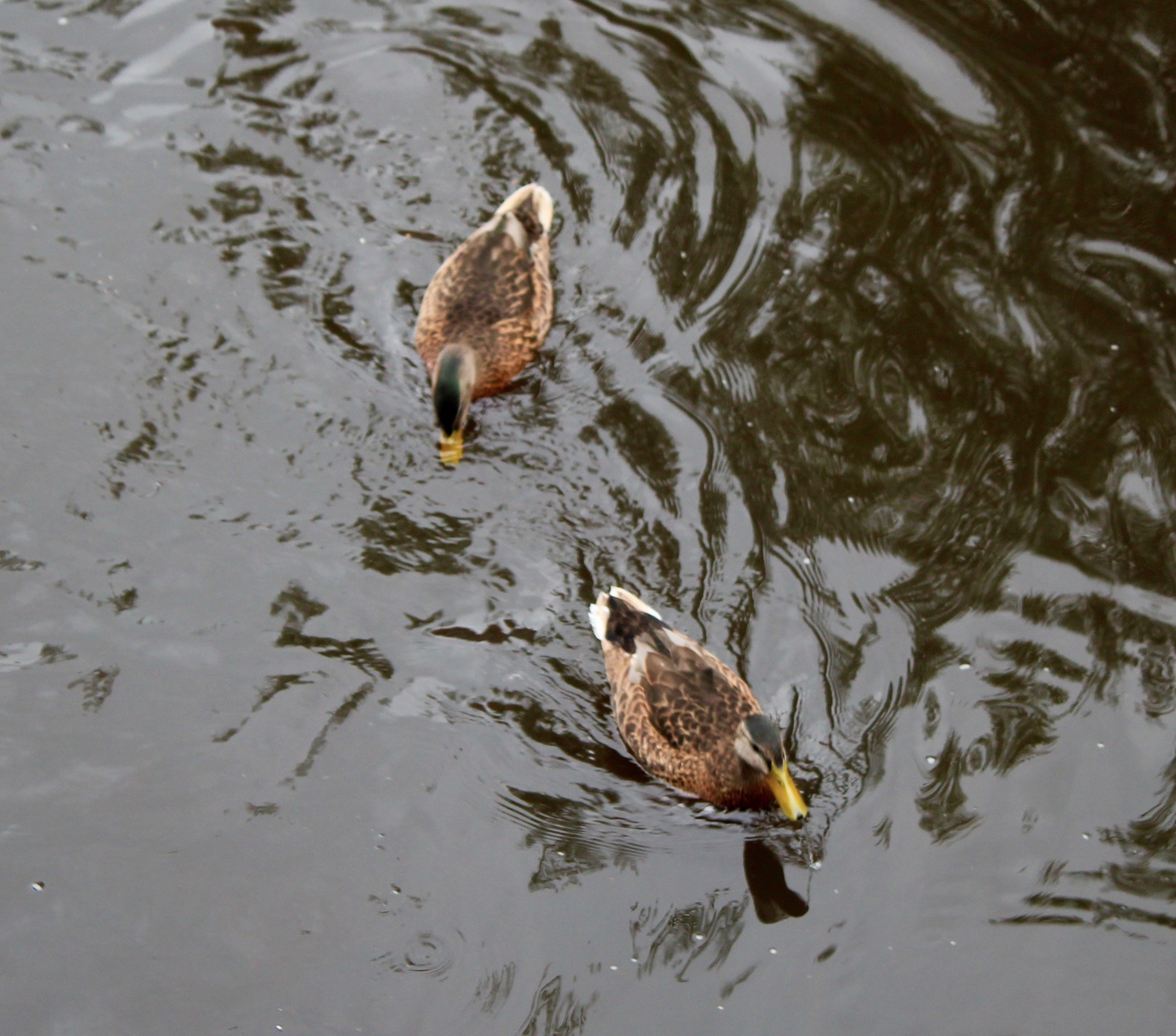 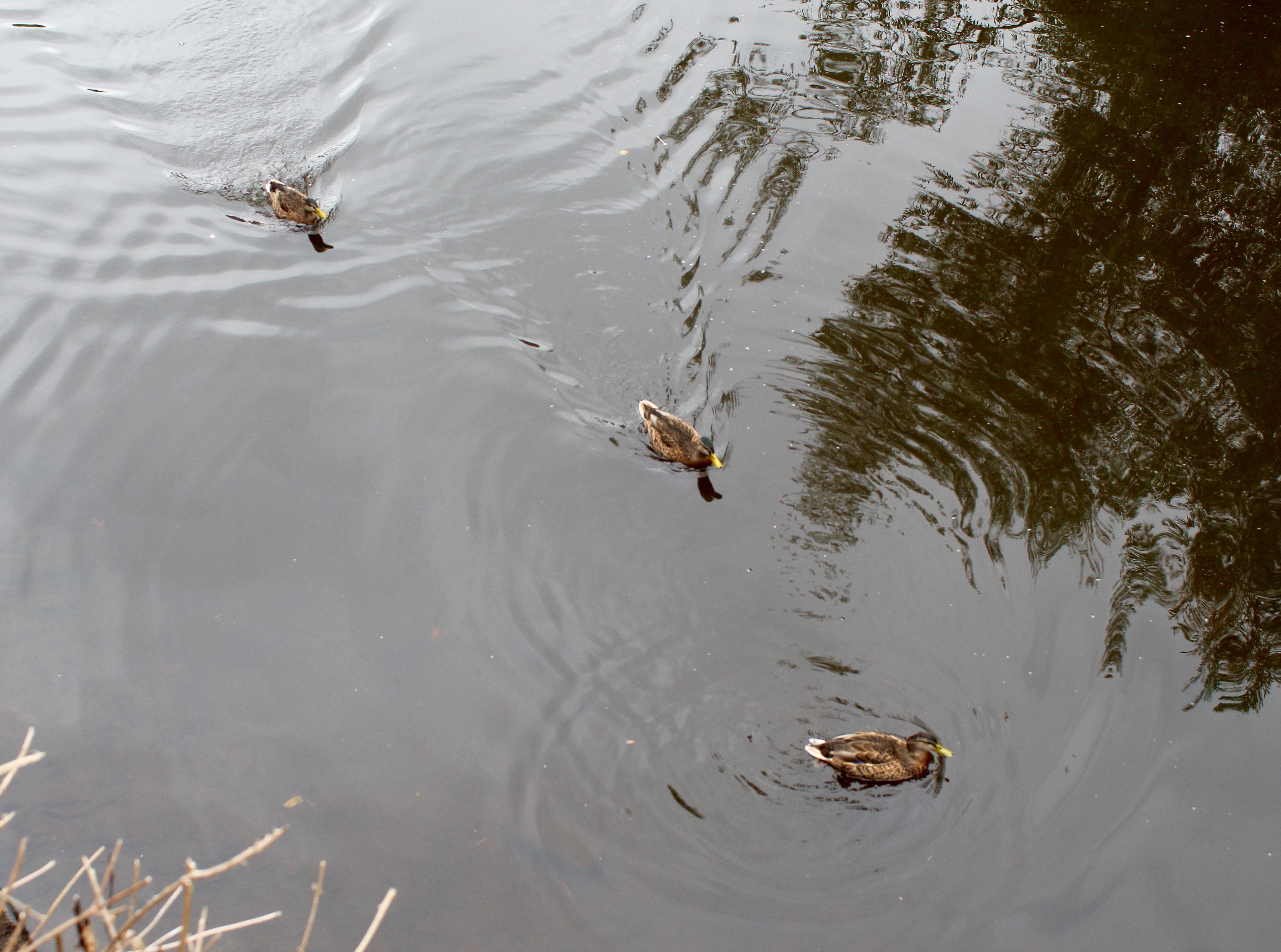 It was here I’m not ashamed to admit that I was told I had committed the ultimate English crime: I ordered a Coca-cola.  Listen, I have a defense though: Earlier, we missed our plane to England so were stuck waiting hours for a rescheduled flight then we flew additional hours to England so that, at this point, our bellies were empty of food.  Plus, I’m a Southern girl — I’m not used to the English way of life where beer is water.  I did my best before the Coke, but a Southern lady likes to eat and if you wanna, drink — there better be food nearby.

Regardless, it was apparently time to leave The Gardeners and move on so we sidestepped the main road, slipping down alleys with tagged brick walls and overgrown plants, which held a true beauty of its own. 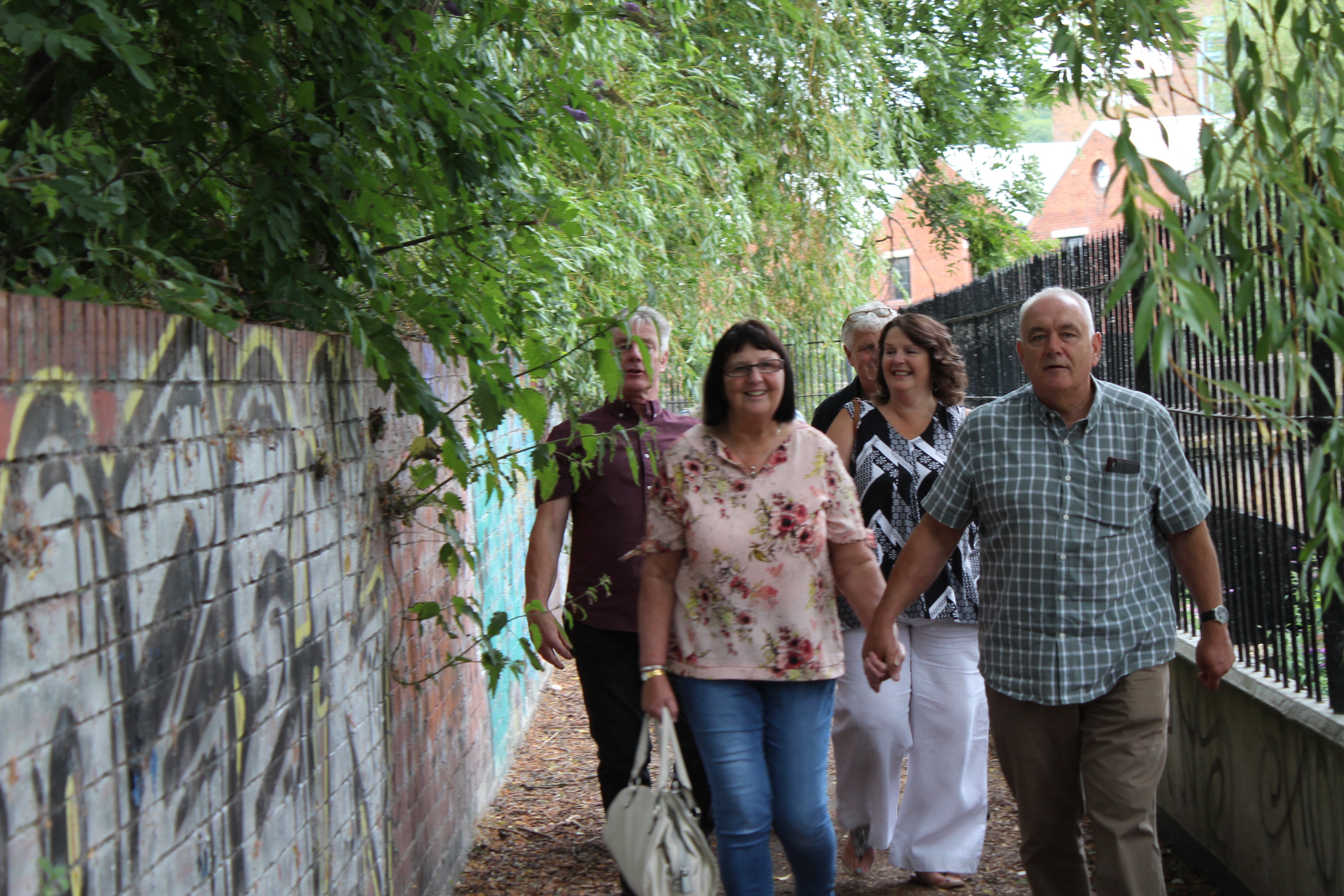 At the end of our trail, we arrived at The Ship, which is an inn with a pub.  A plaque on the wall out front tells a ghostly tale of two seamen losing their lives in the labyrinth of tunnels below the city. 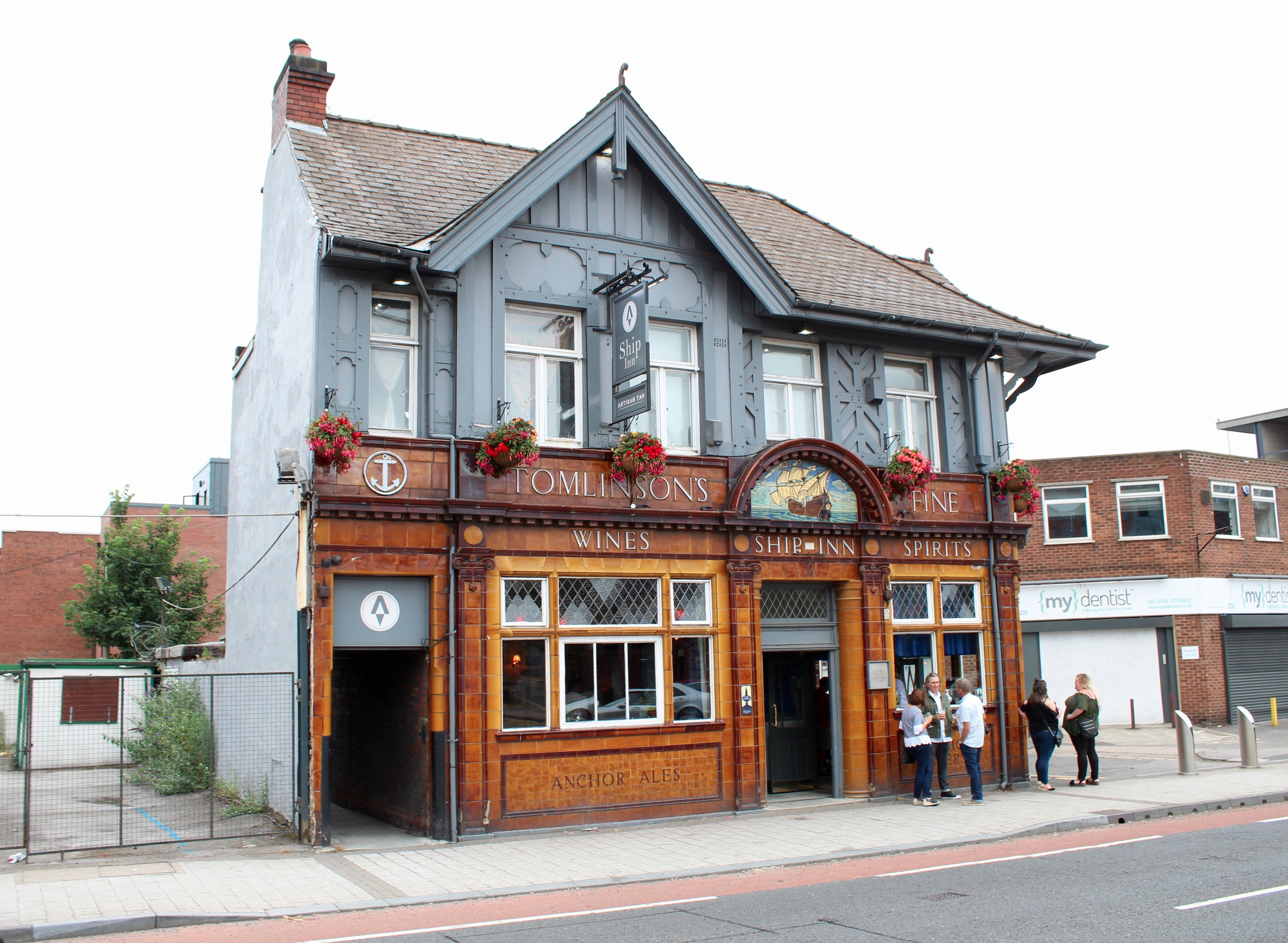 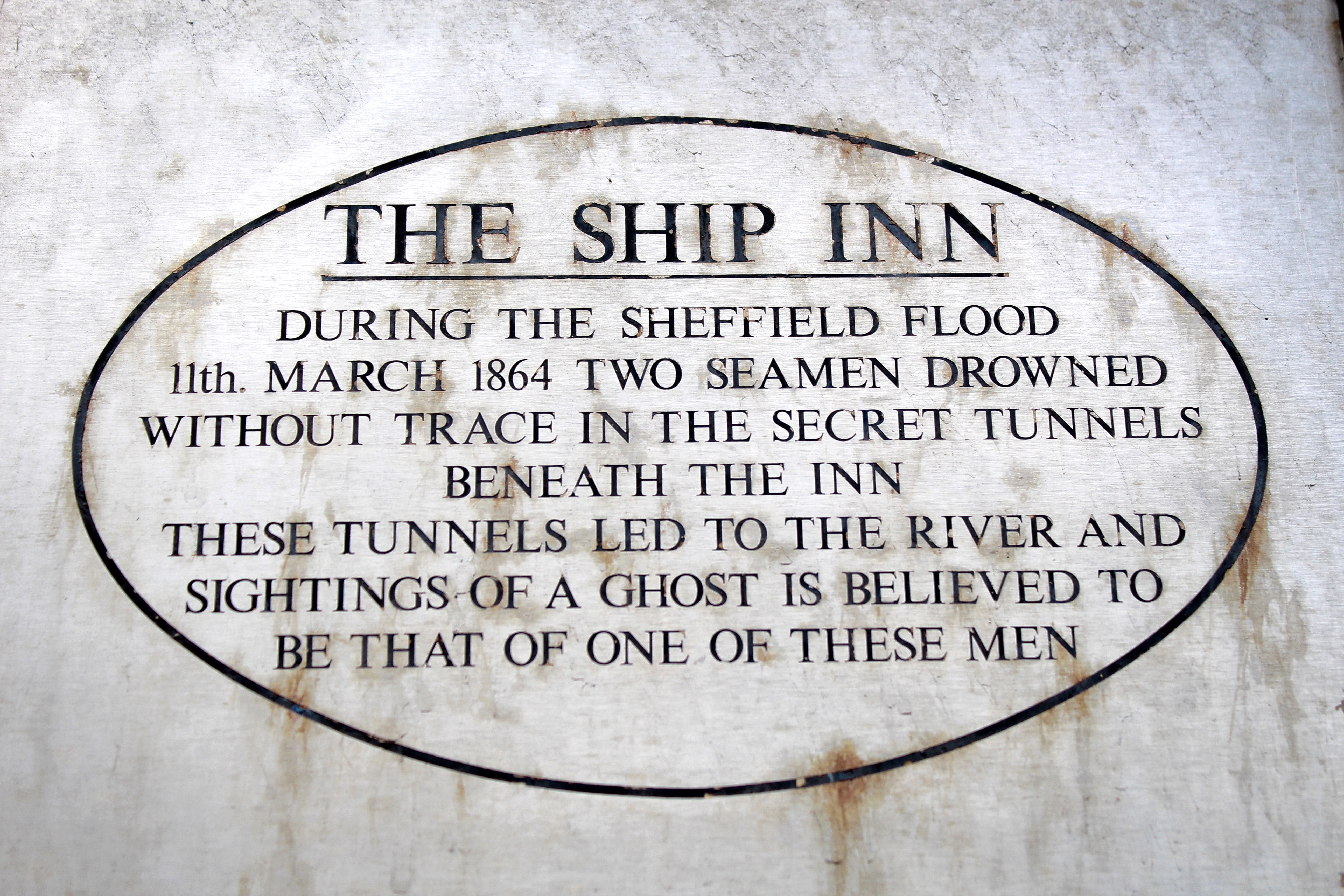 Inside, the pub was the opposite of ghostly: It was quaint and lovely.  The floor had ornate tiles — all different colors and so vibrant they popped, appearing to dance above one another. 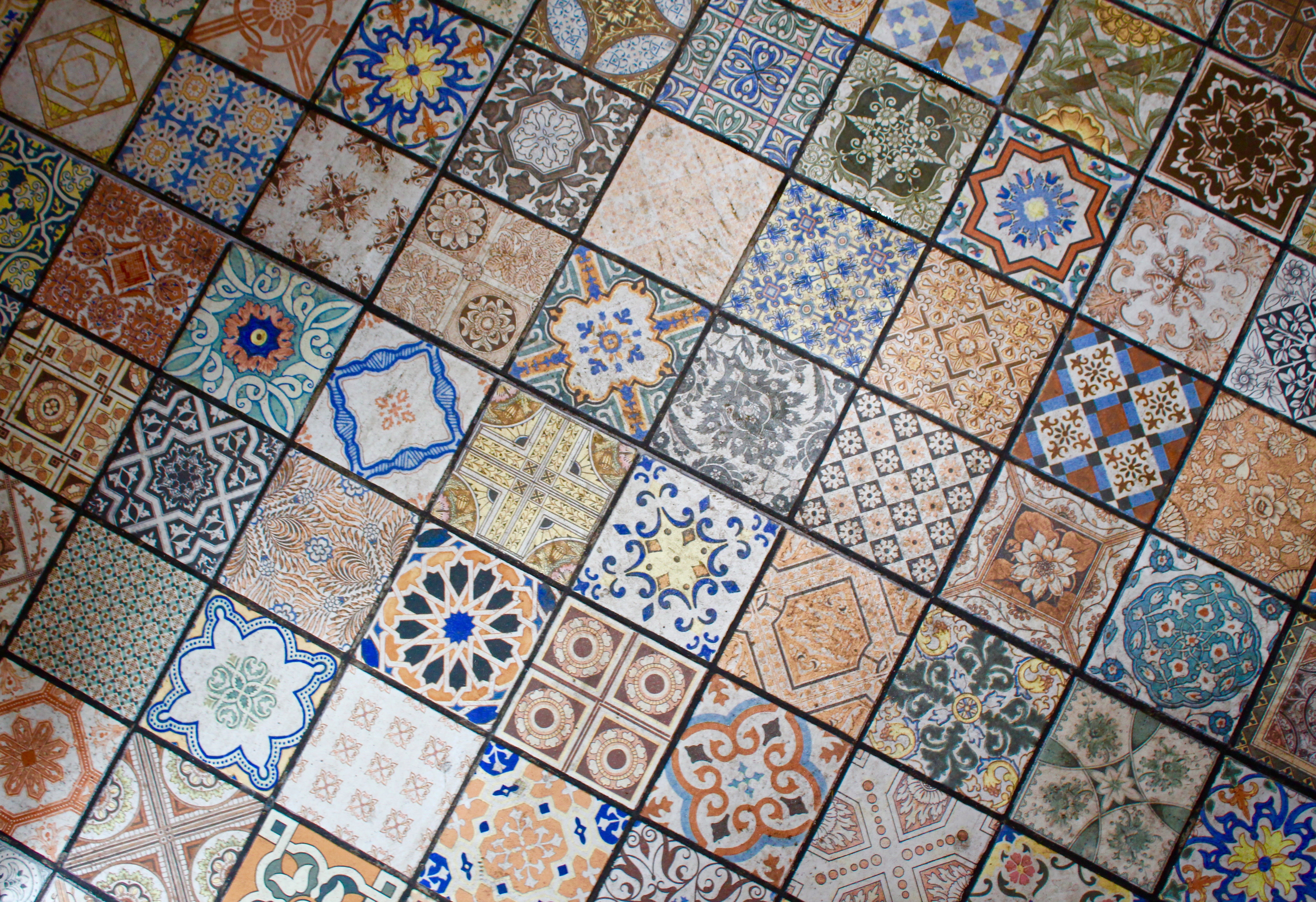 But the English weren’t done yet!  (They do have an enormous amount of energy and dedication when it comes to seeking out pubs on an outing!). This pub was the last of the day and one of my favorites, The Shakespeare. 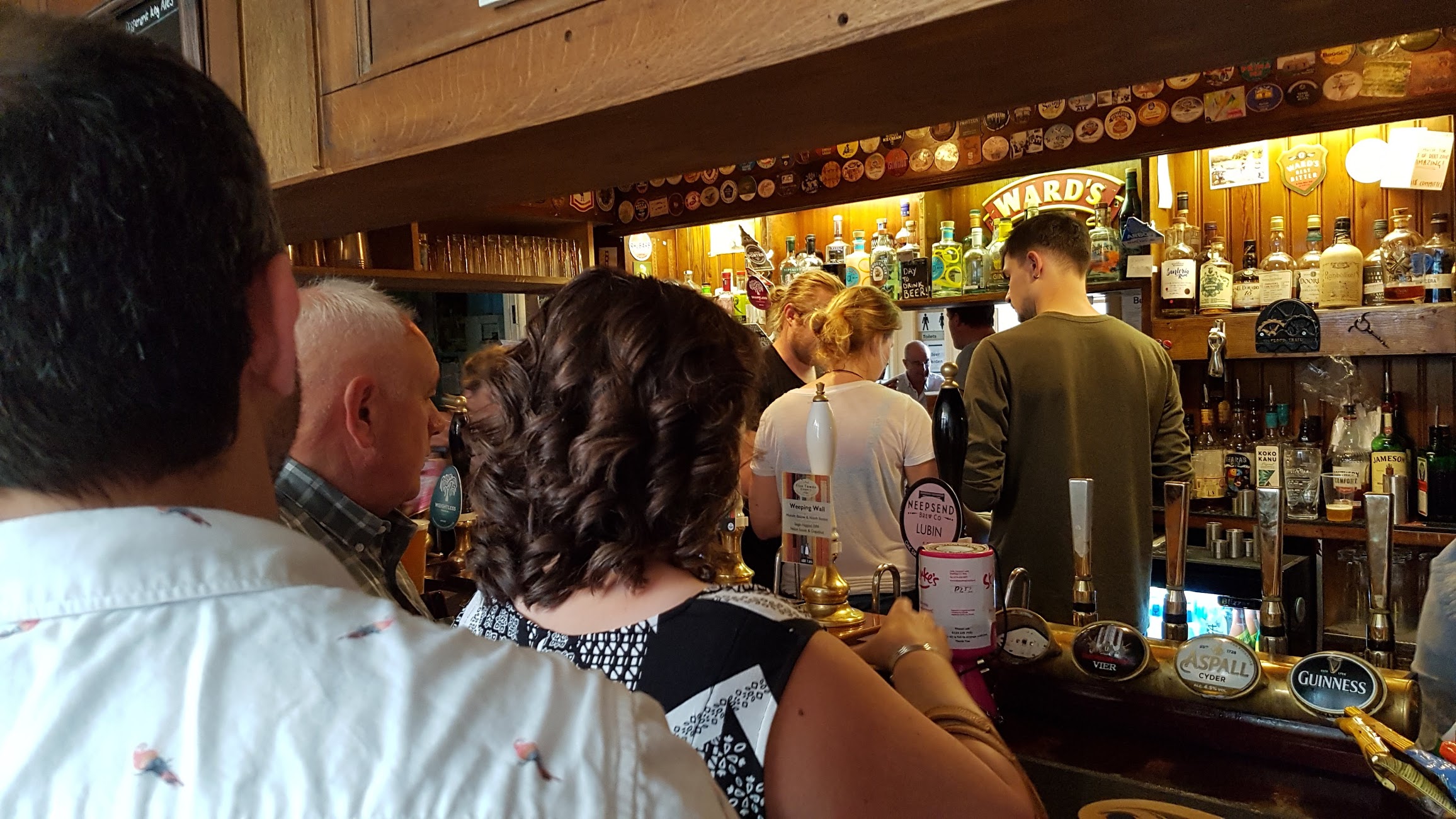 After several beers (er uh, Cokes for me), Andrew’s parents, Andy, and I filled our bellies on an Indian dinner. 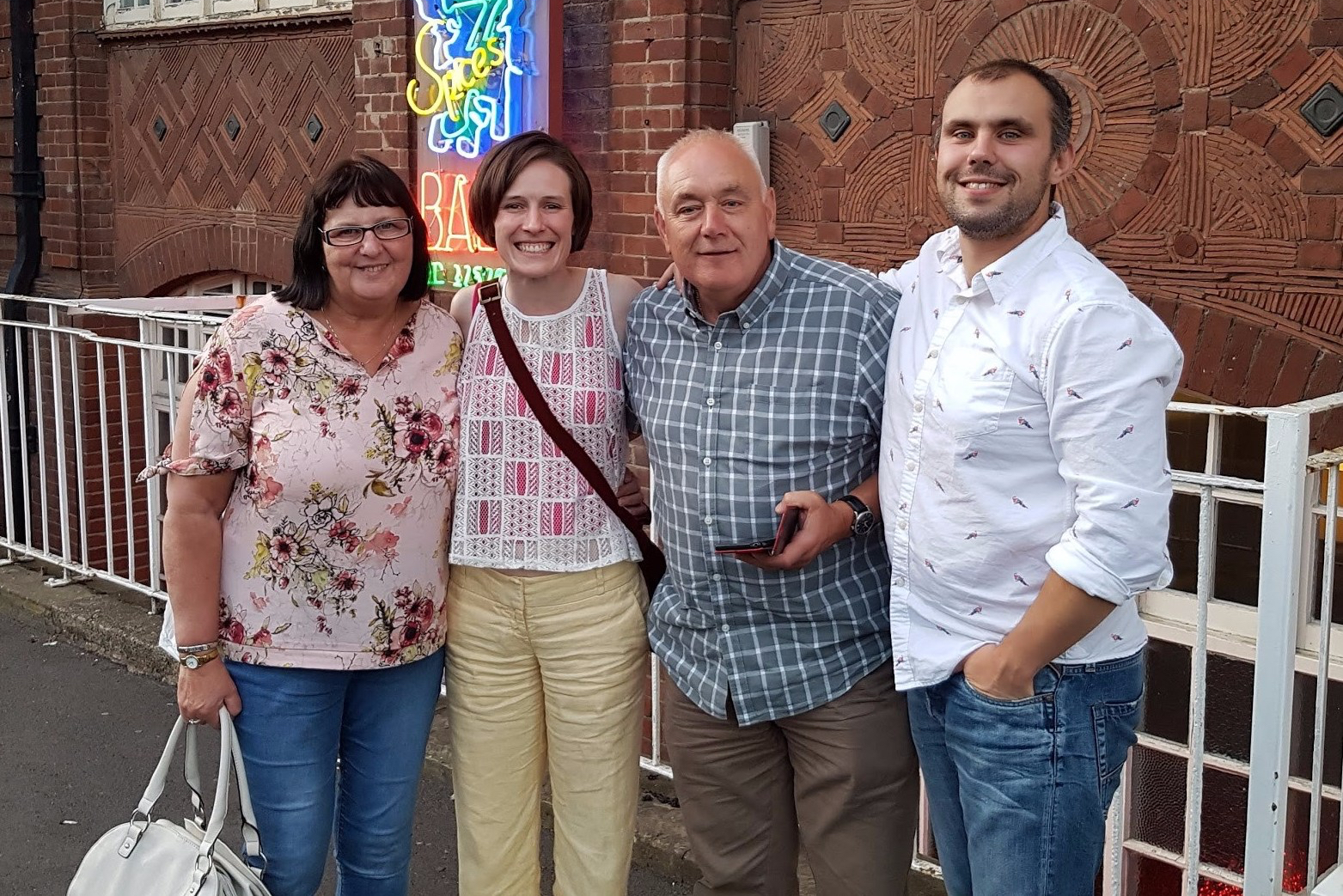 I’ve written before how England has fully embraced Indian food after many immigrants moved to the country.  Now, English curries have won several awards — in fact, so many so that the people consider their national dish a curry versus the old fish and chips.

Stuffed with Indian beer, nan, rice, chicken, lamb, and more we headed home with his parents and fell asleep before our heads even hit the pillow.