The world is under quarantine due to COVID-19 so I figured in my lockdown state, I would occupy my time by catching up on writings.  This simple idea turned into a more massive undertaking though because I am behind on posts . . . mainly hiking posts . . . and, by the way, when I say ‘behind’ I mean really behind.

Maybe it is best not to focus on details and so let us start here: Virginia’s Falling Spring Falls.

True, I am calling this a ‘hike’ but to be honest there was no walk through woods or even time in wilderness, despite these misleading pictures.  In fact, it was the opposite because this waterfall is located next to a popular highway overlook in Alleghany Highlands. 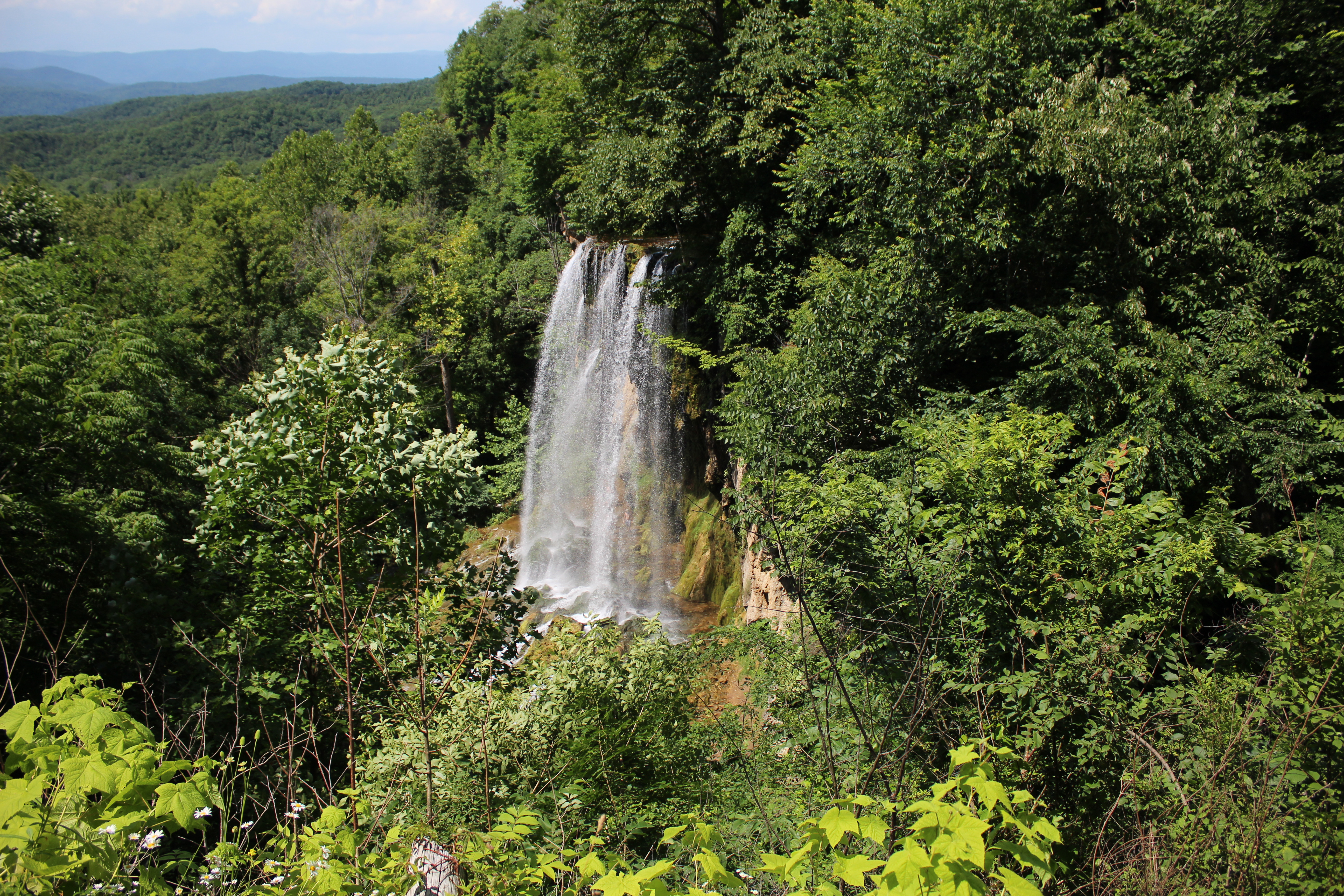 Still, an about three-hour summer drive promised this beauty and truly there has been no waterfall more gorgeous.  In fact, President Thomas Jefferson was charmed by it too and said, “The only remarkable cascade in this country is that of the Falling Spring in Augusta.”  That’s a pretty big statement.

Not only was the waterfall itself mystical, but there were added extras: Below it, several emerald pools where people were seen dipping in and out before heading directly towards the cascading water. 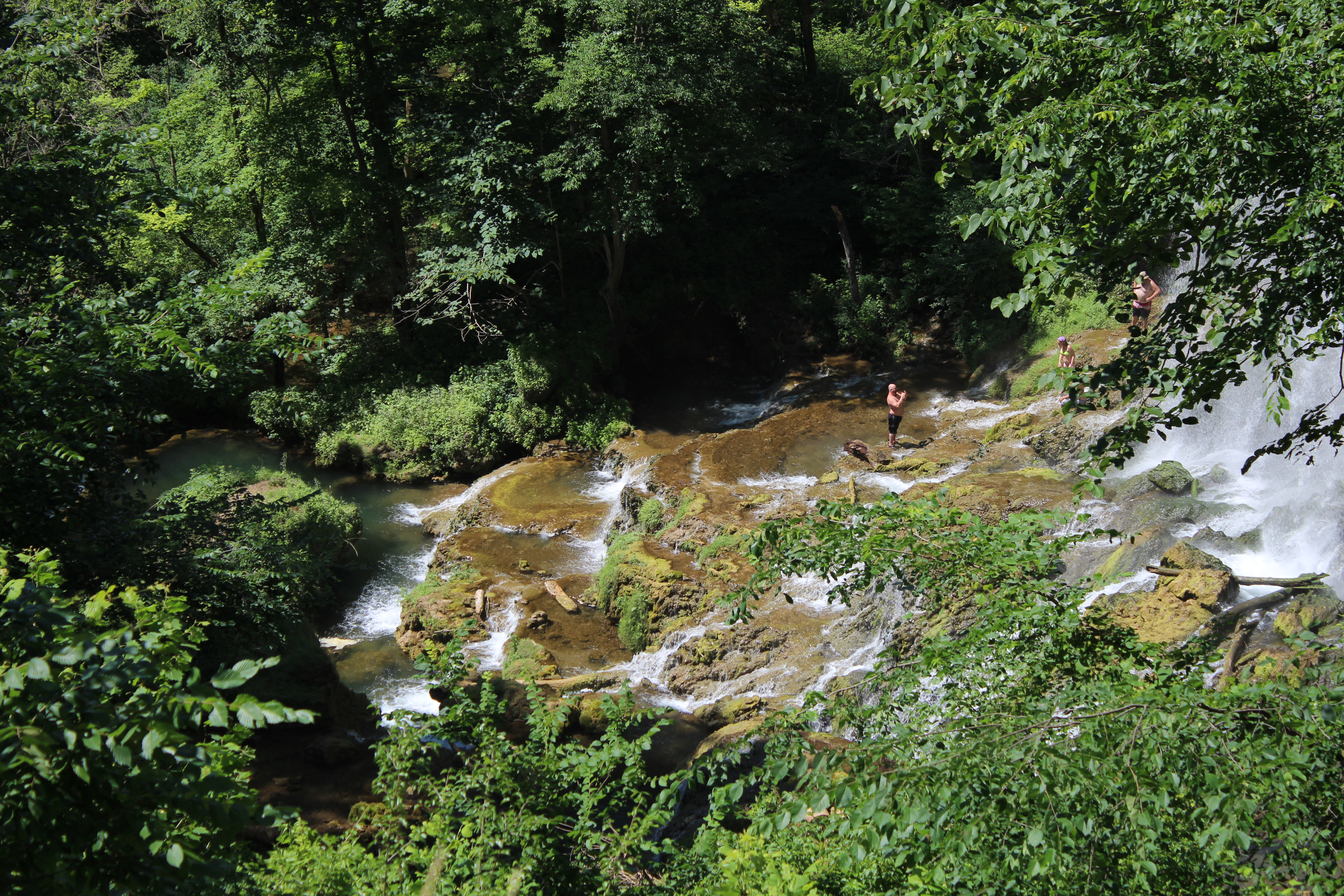 There was also a beautiful emerald pool directly before the cliff edge . . . 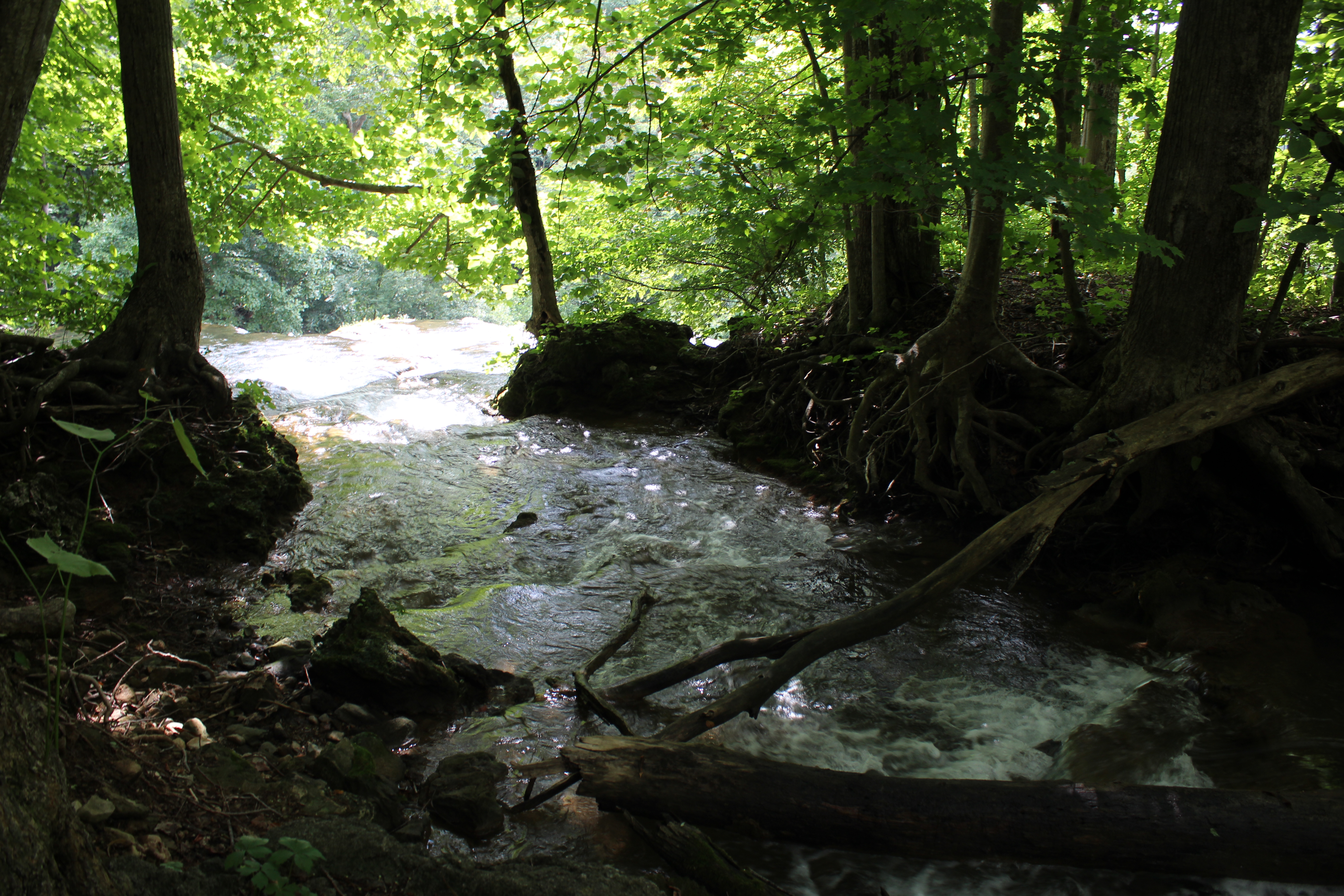 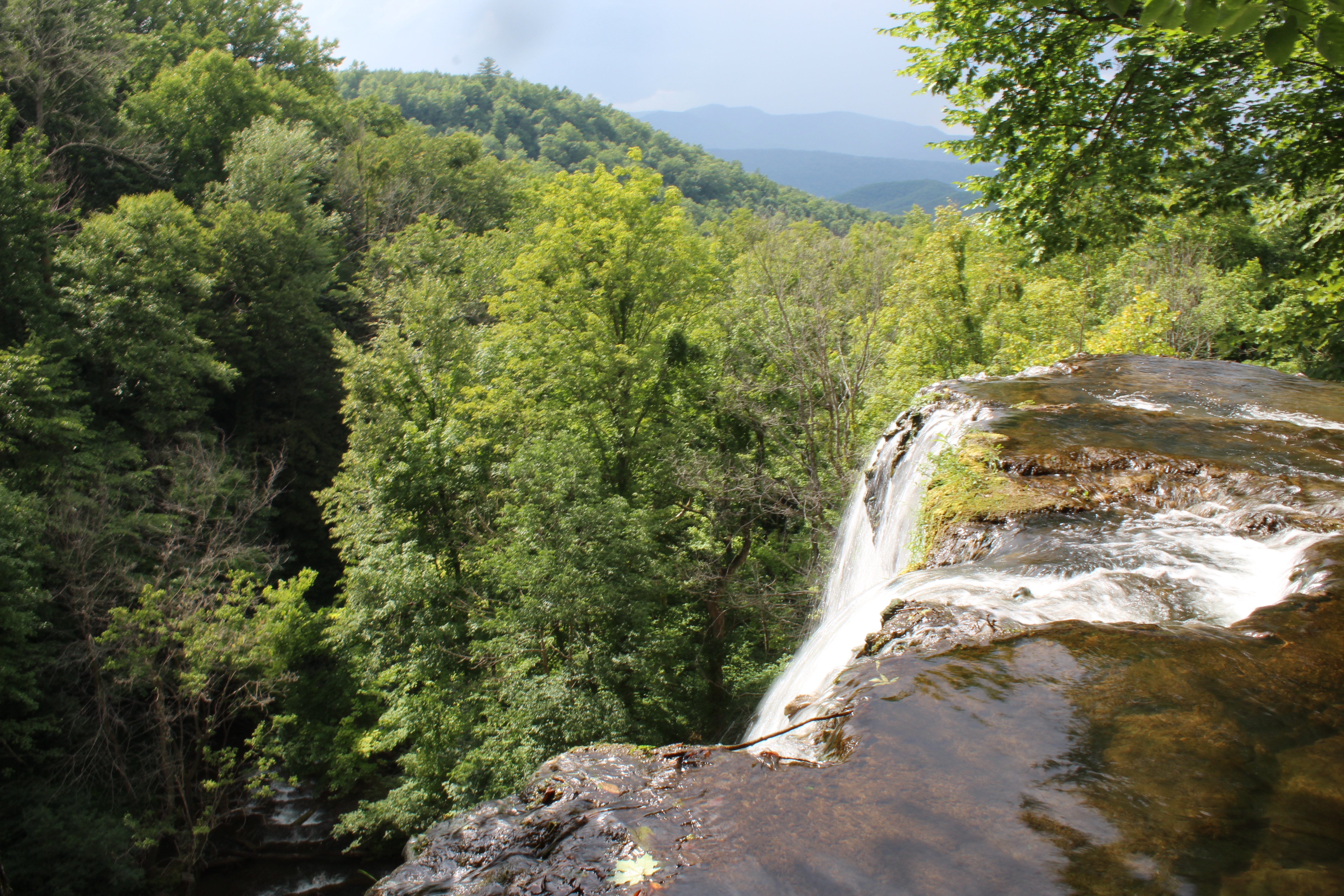 and there was the ultra-impressive backdrop of the Alleghany Highlands mountains.

Know there is a story to tell behind these waterfall pictures, but for now this post will remain a visual one, which truthfully is the way a stunning eighty-foot waterfall should be shown so here goes: Let us get a little wet . . . 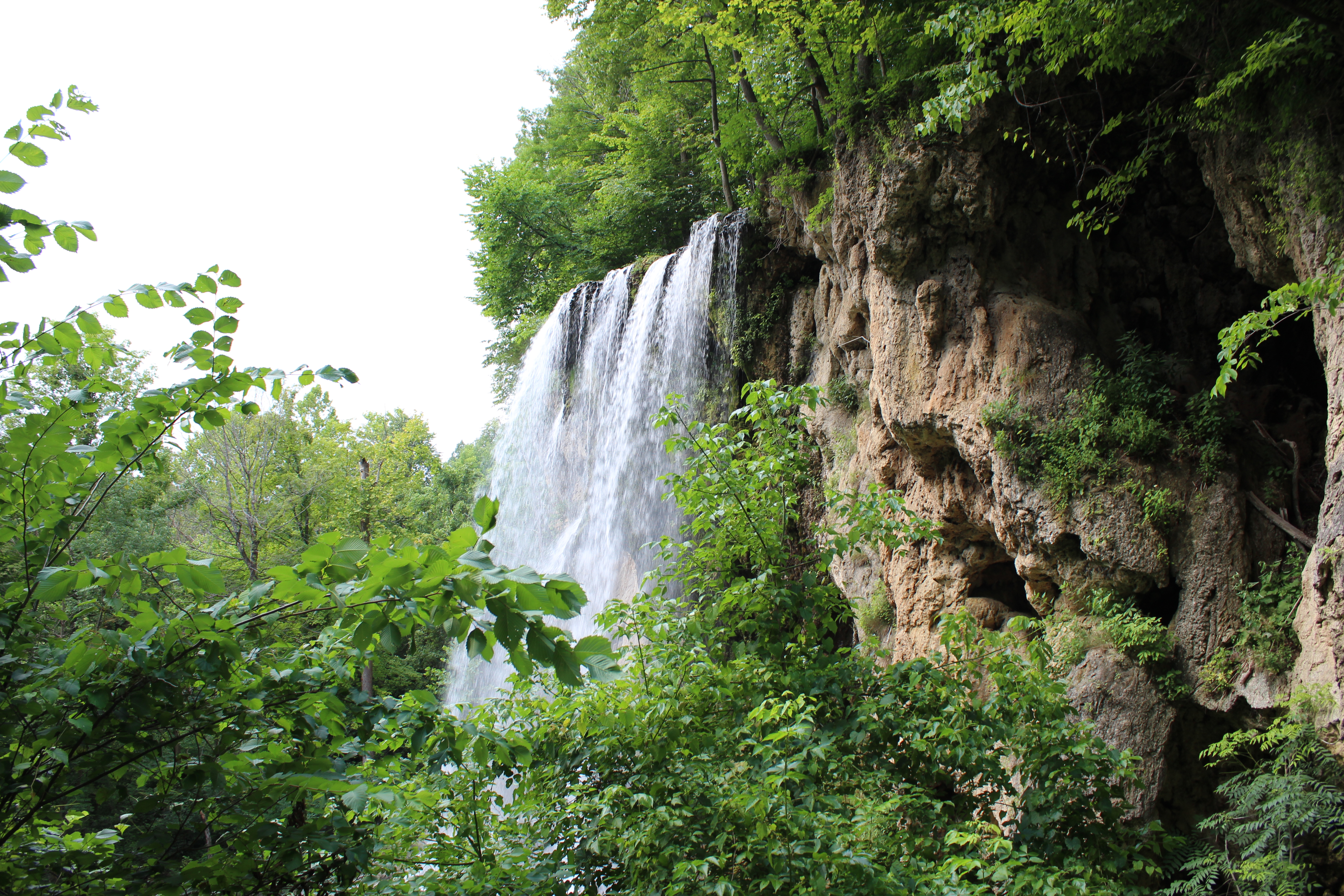 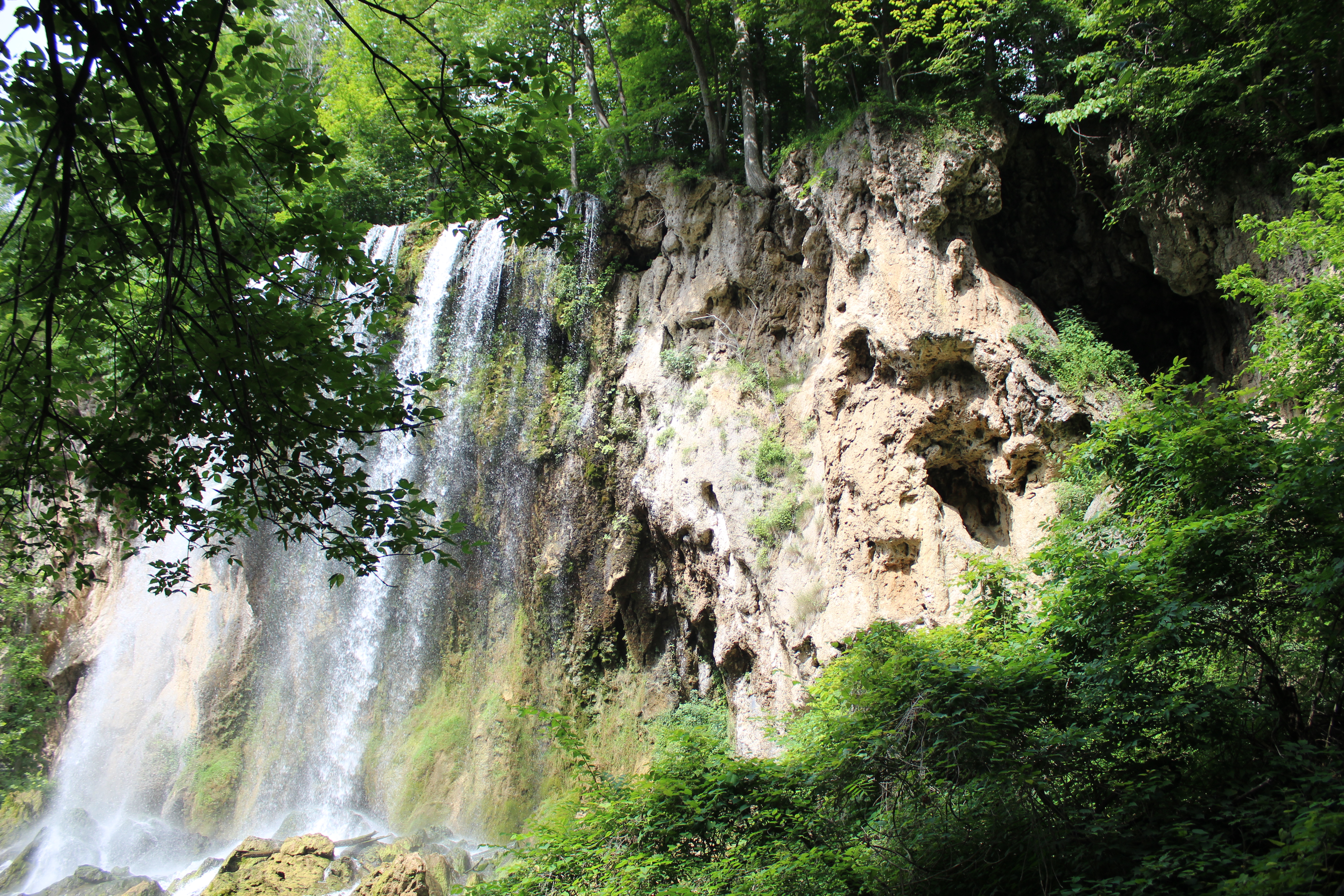 Beside the falling water were these beautiful formations, which added to the allure . . . 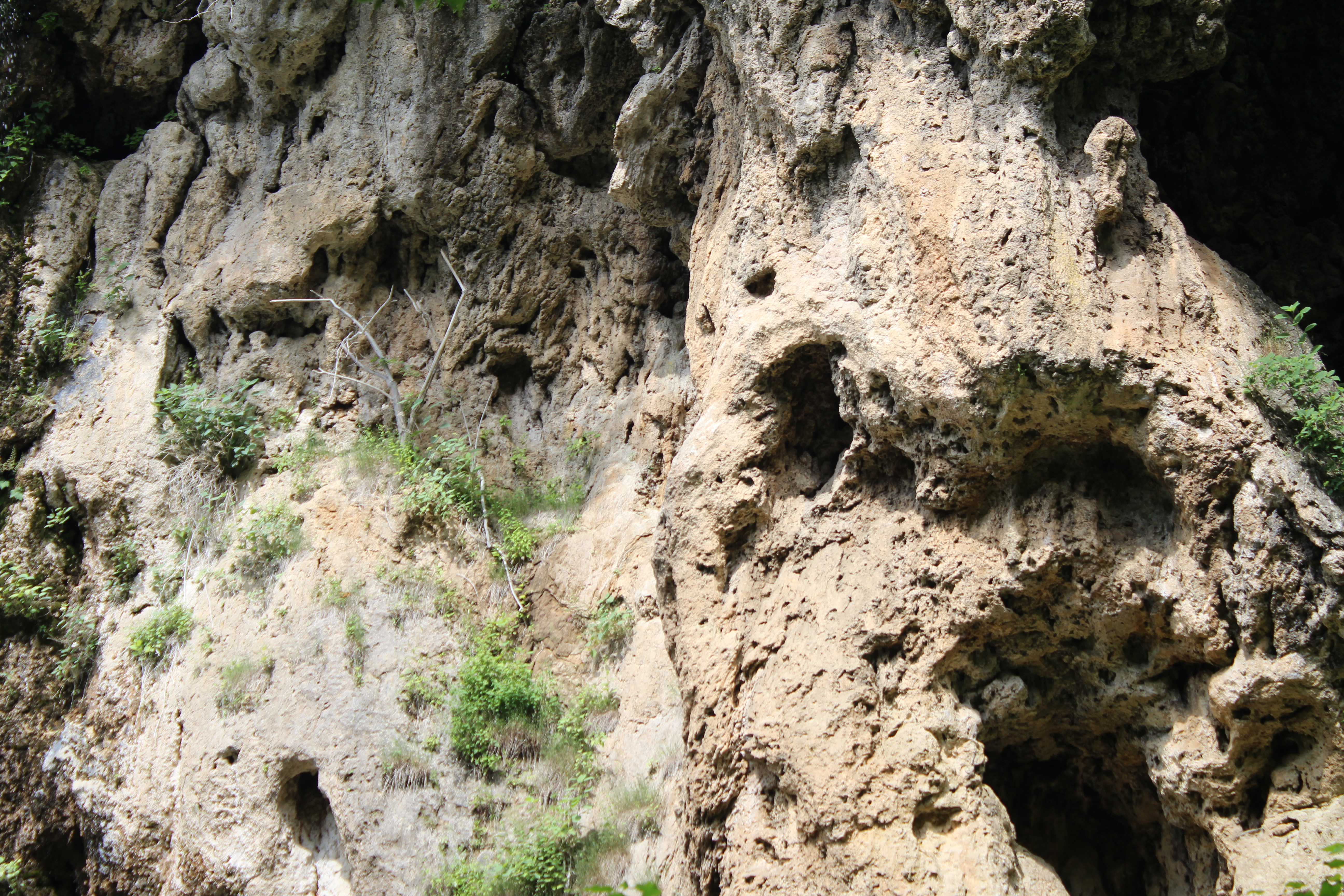 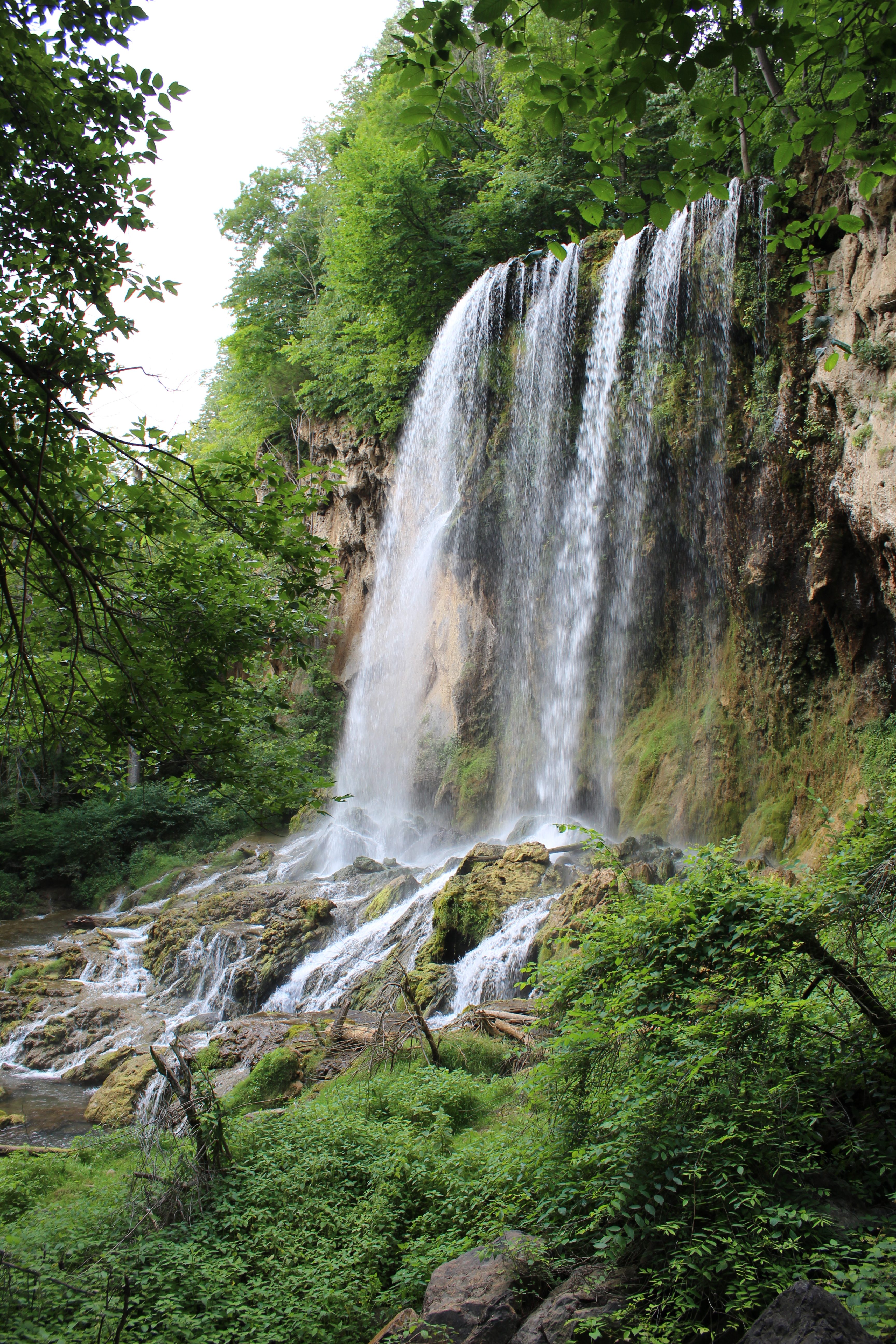 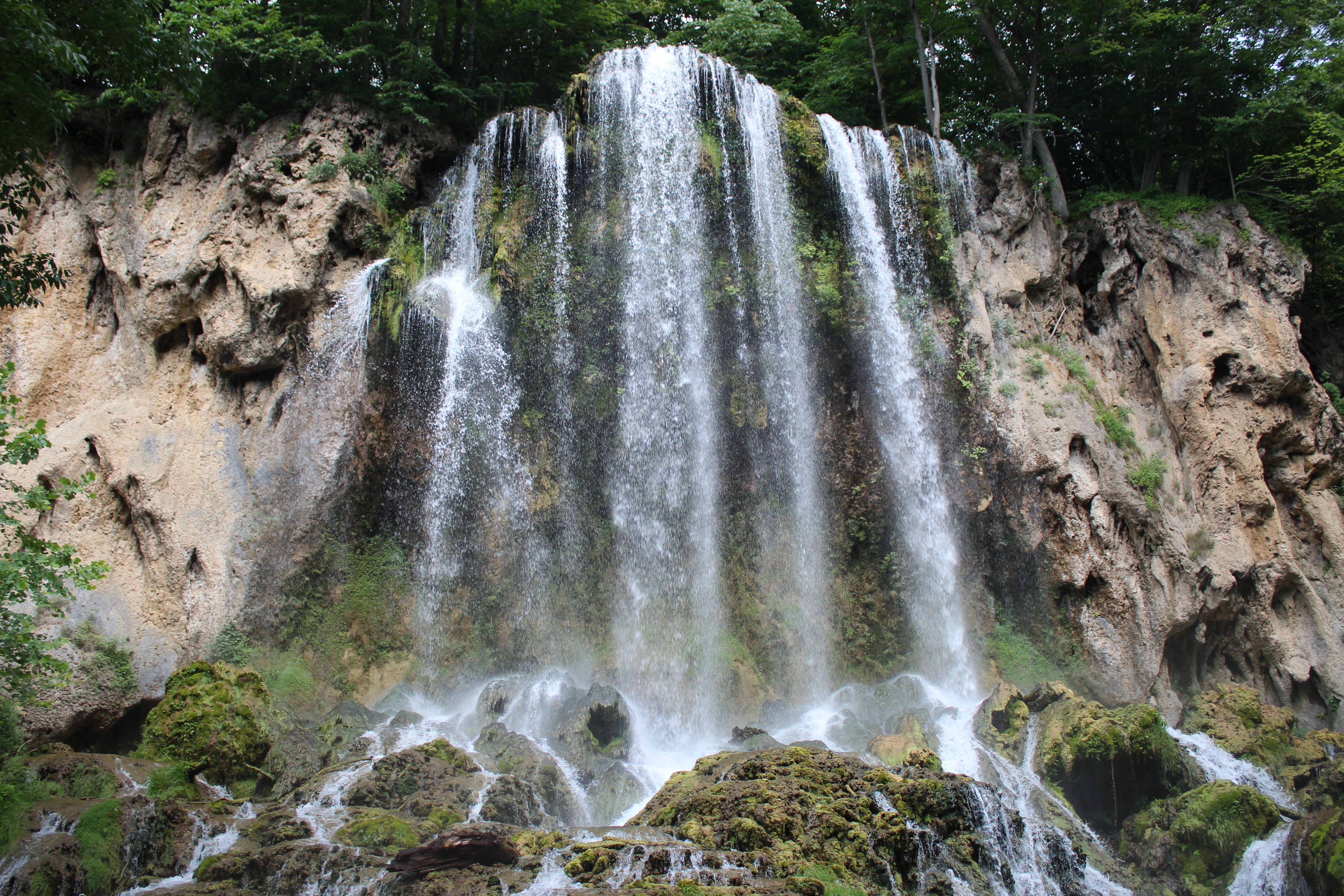 A thick green moss clung to the cliff edge at the top . . . 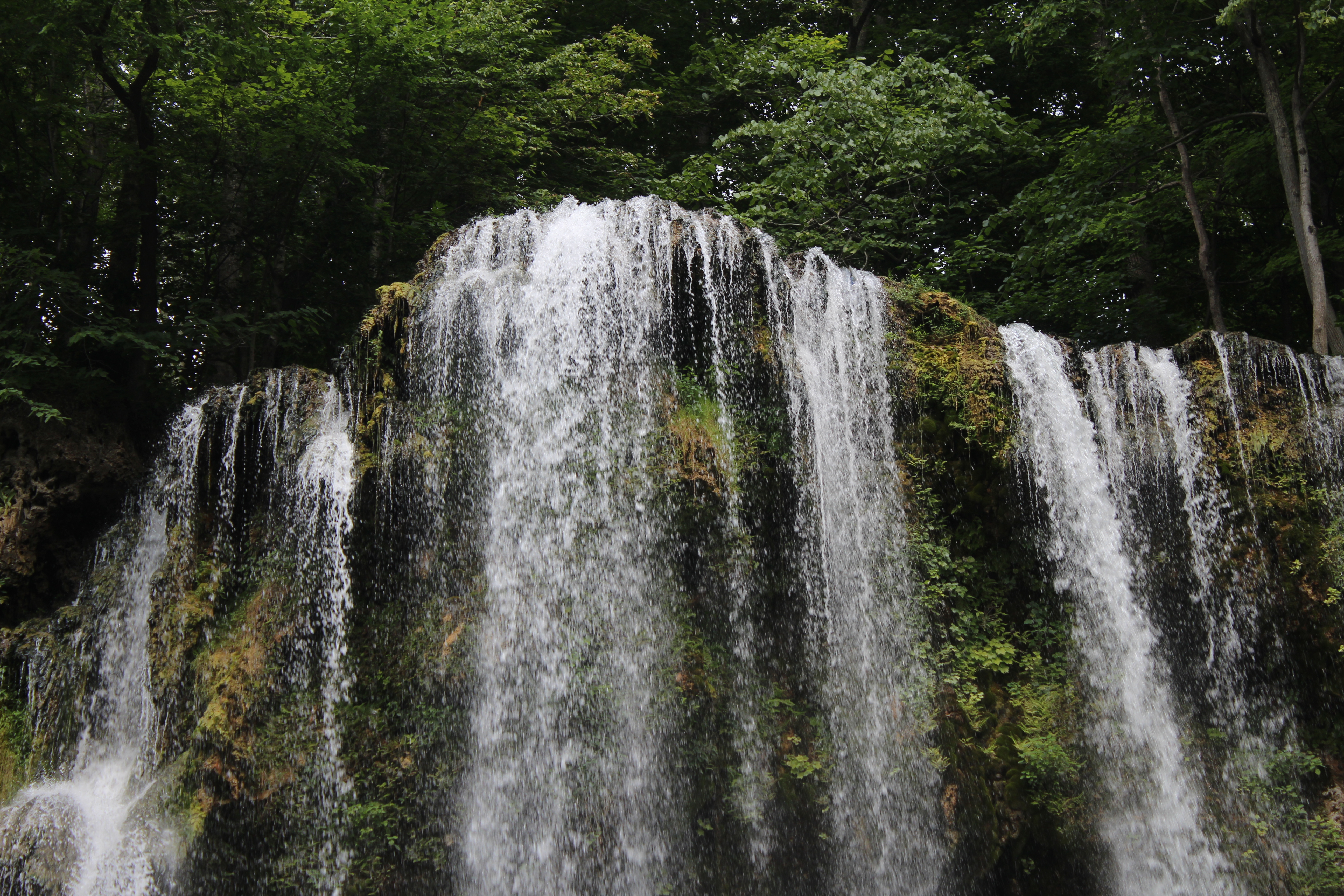 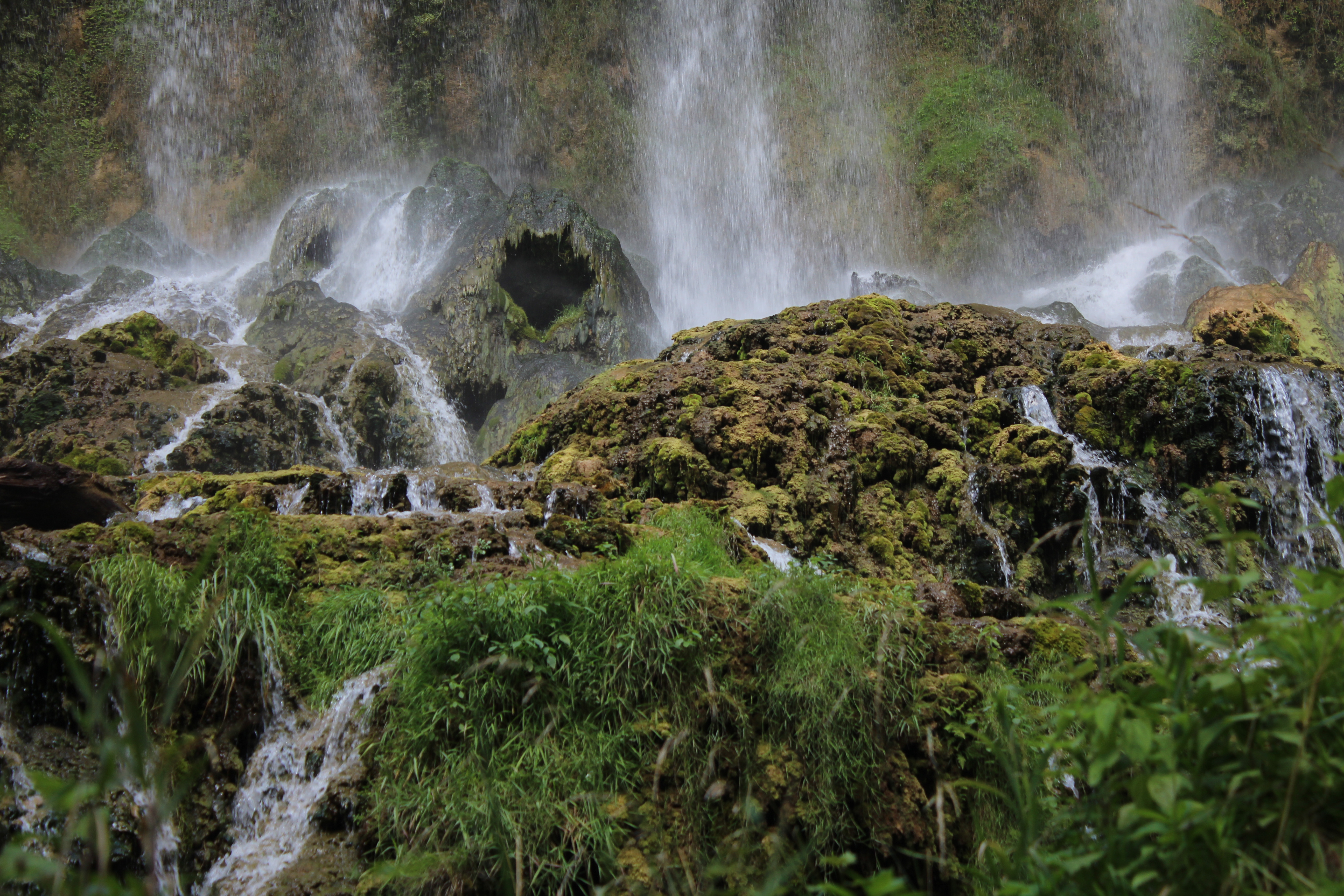 and this soft green made the area more magical — as if fairies would suddenly whirl and giggle in the breeze.

Truly though, all about this cascade was impressive and breathtaking. 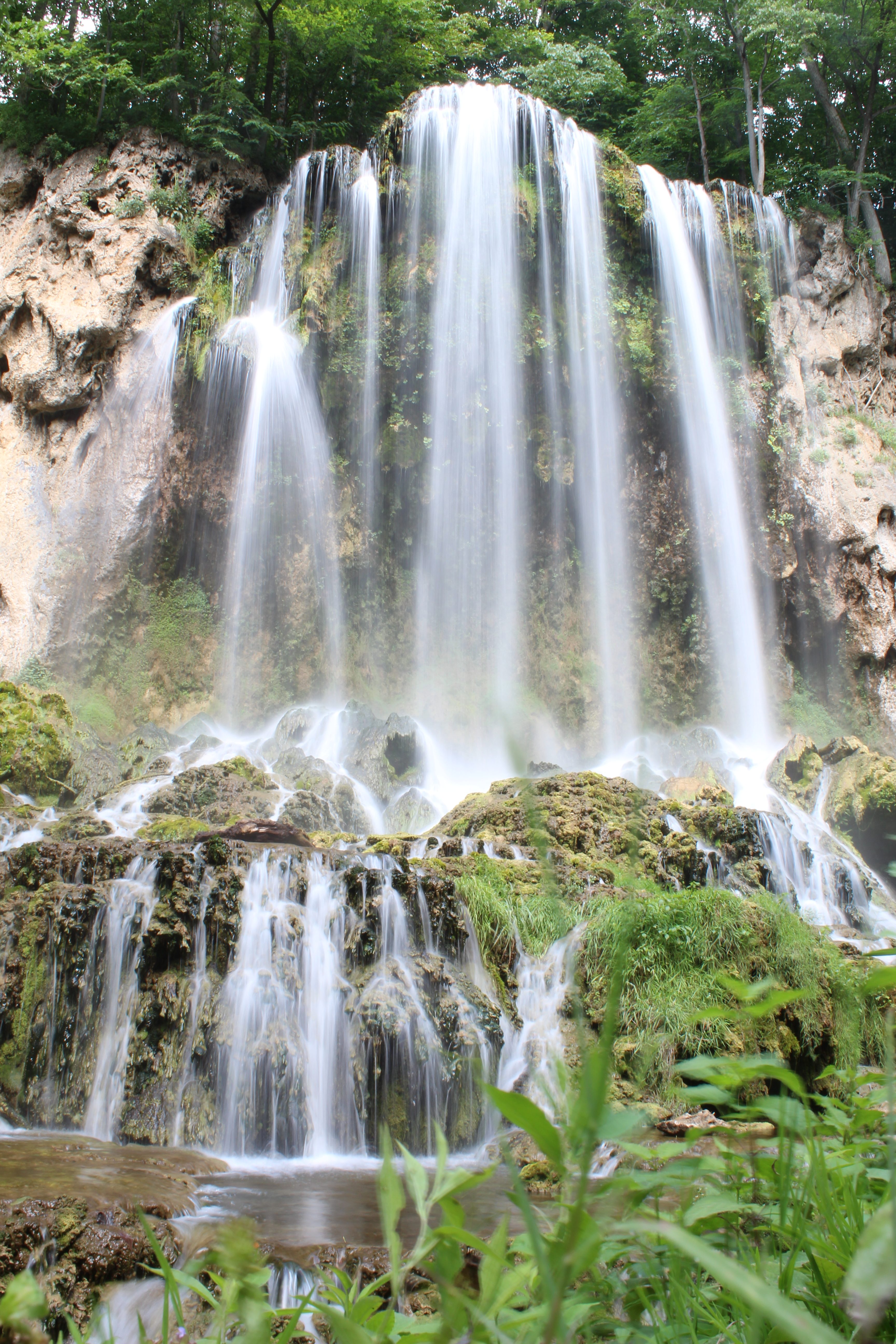 The ponds were brimming beneath the cascade and they shimmered as if luring those around in . . . 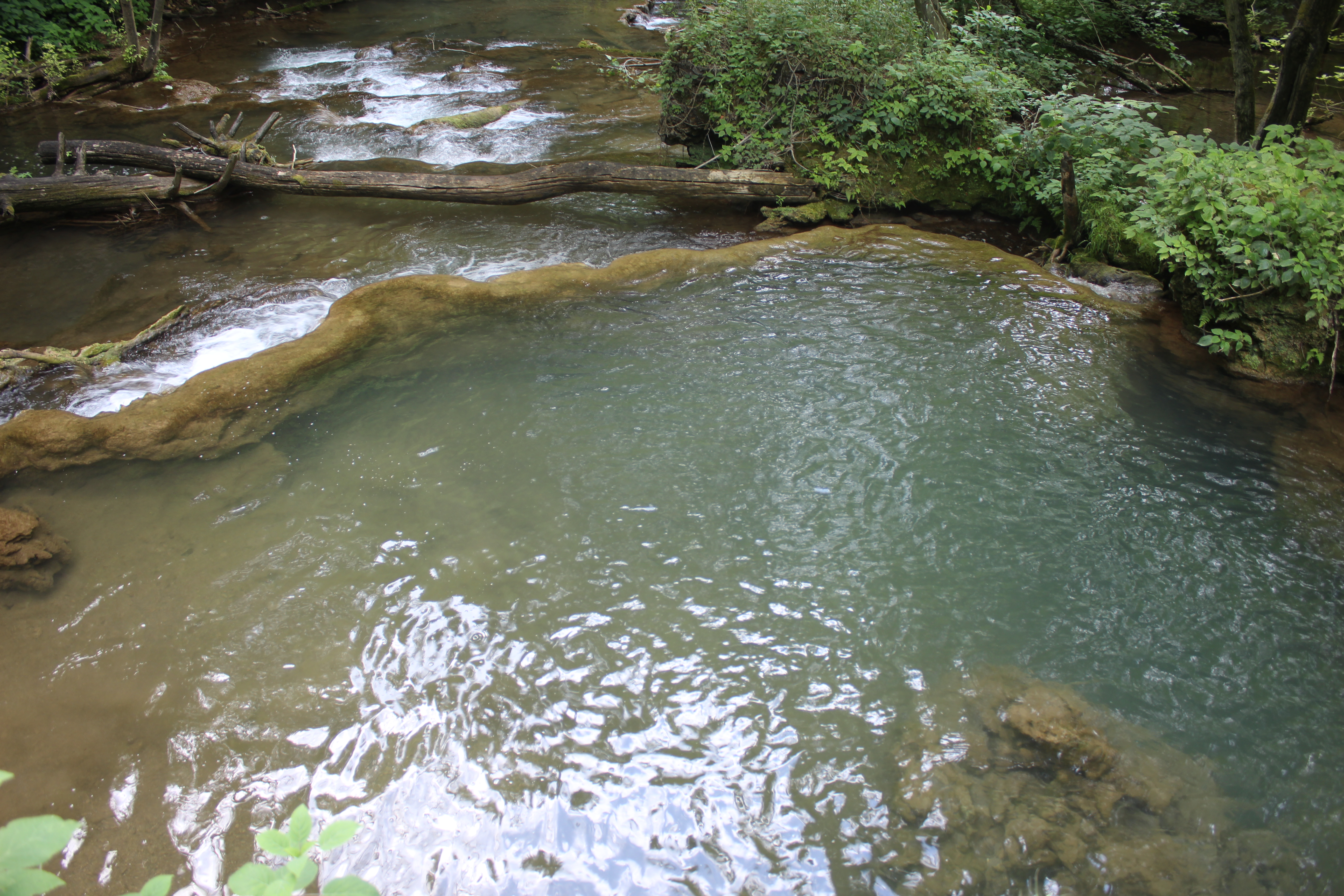 but we could not stay long and found ourselves roaming through the mountains once more . . . 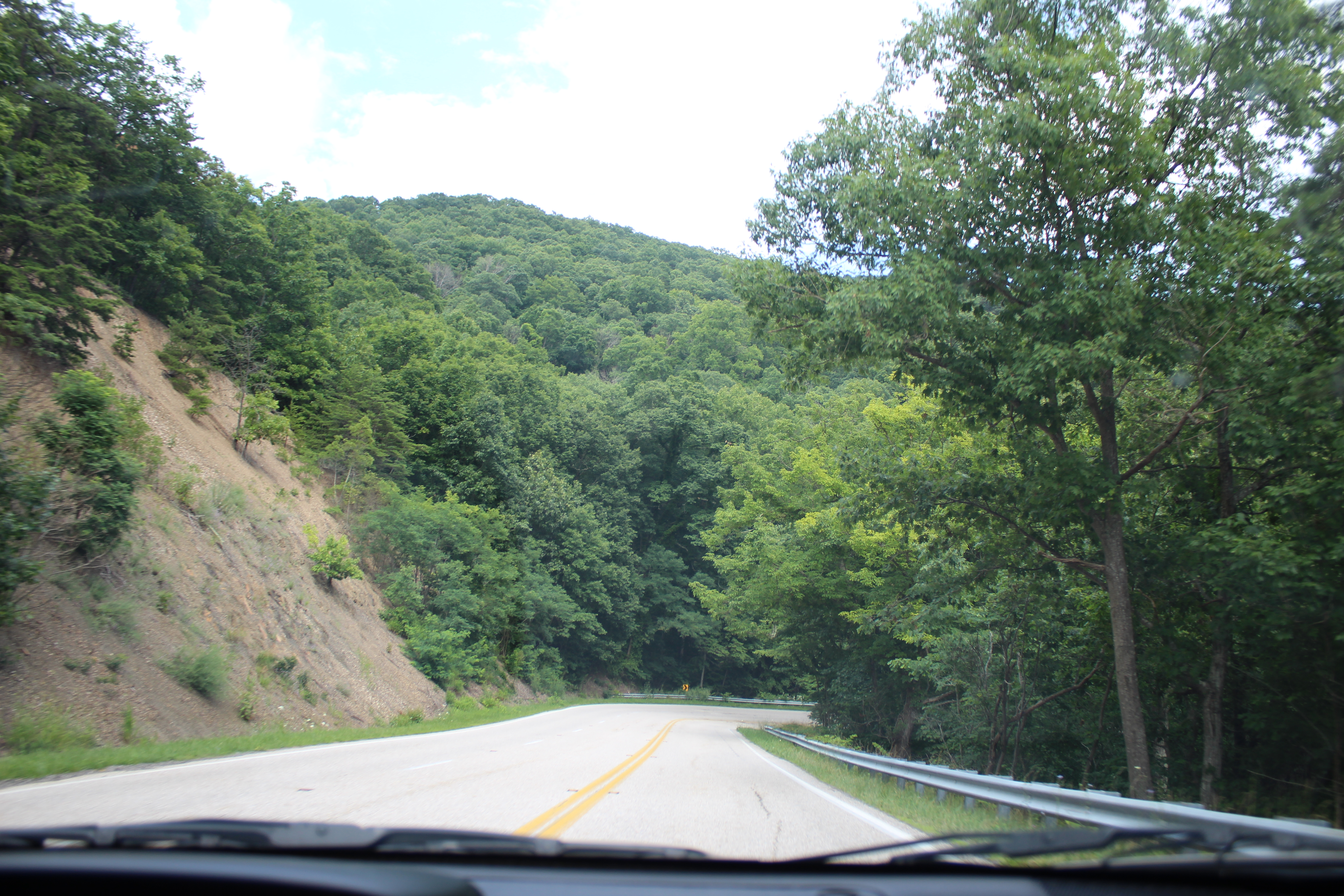 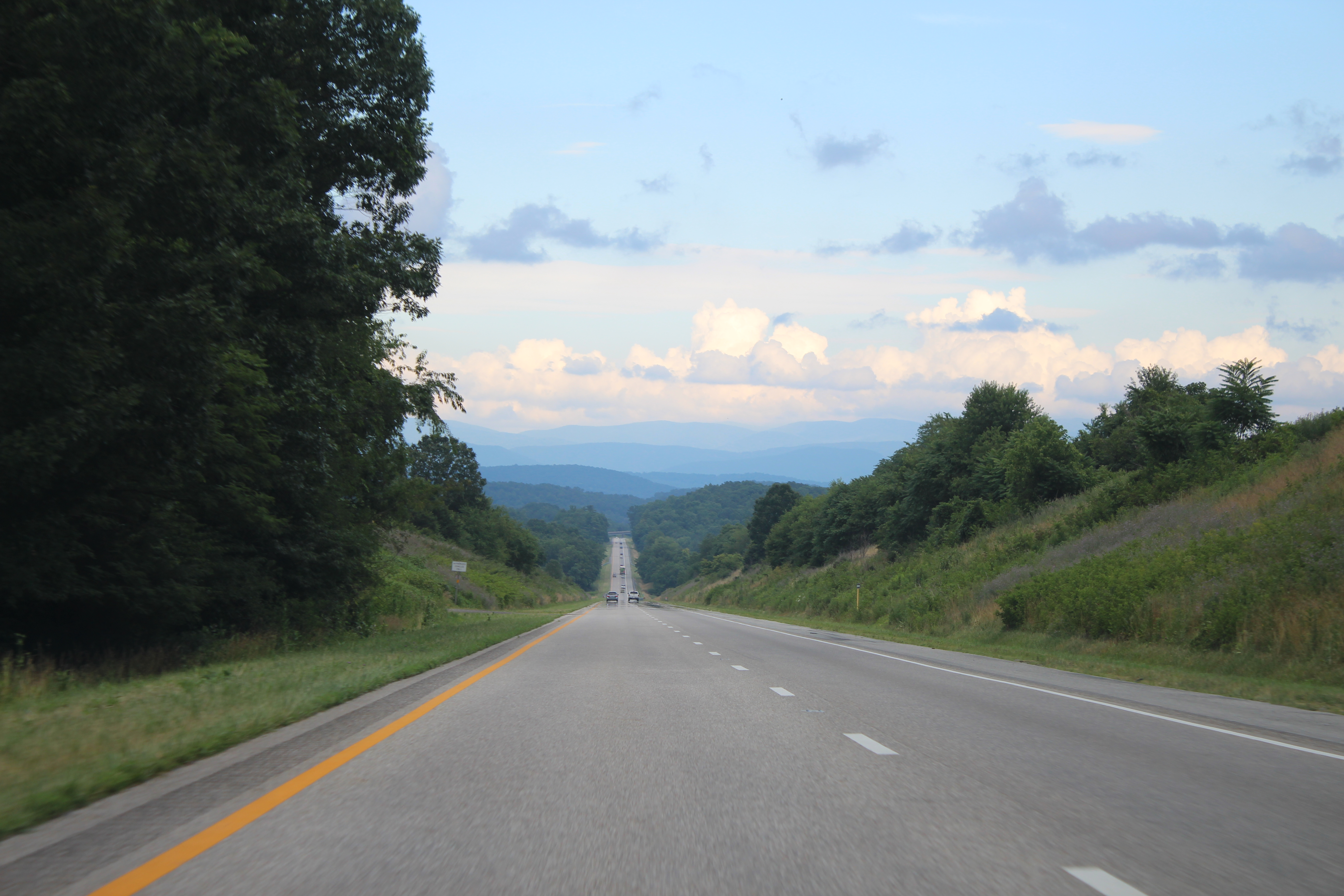 so that, too quickly, that blue — that place that feels like home — was in our rearview mirror . . .

An update: I did research on the falls after getting a message that you cannot hike below.  First, thank you for that message because it caused me to do the following research, which I hope helps those interested in this cascade . . .

Three years ago, an article was published that discussed a power plant stealing water from the creek that feed Falling Spring Falls!  I also learned this waterfall was relocated (whether that is due to the power plant or not, I’m unsure) — Originally it was at least 400-feet tall (which explains the sheer awe President Thomas Jefferson had because of it)!

Another article discussed how this area is now private property.  However, it warned that with people going stir crazy due to COVID-19, they are flocking to national parks, forests, and more.  In fact, one person on TikTok went to the base of the falls and posted a video, which went viral and caused others to trespass their way to the bottom of the falls too.  Depending on your camera lens, where you stand at the top, and drones, you can still get great shots without going down!