I was in search of waterfalls — only waterfalls.  Not the trail, not the journey — just the falls.

For this, Andrew and I took to Shenandoah National Park and decided to tackle two of the three falls from our Three Falls hike and camp.  You remember that hike, right?  That was where we had a mother bear with her cubs run us out of our campsite when it was completely dark.  And where our second campsite was haunted with ghosts who continously shook our tent while we were inside.  And where Andy got a ticket for illegal camping, despite the fact that we were in trouble and literally waiting for any park ranger to find us and help us.  Yeah.  That one.

So let’s just say we were not ready quite yet to repeat that entire hike.  However, we were feeling brave enough to tackle one of the three cascades, Rose River Falls where both a twenty-five foot and thirty-foot waterfall awaited:

Despite my promise of only taking pictures of waterfalls, I could not resist when we spotted a flock of wild turkey in the ferns. 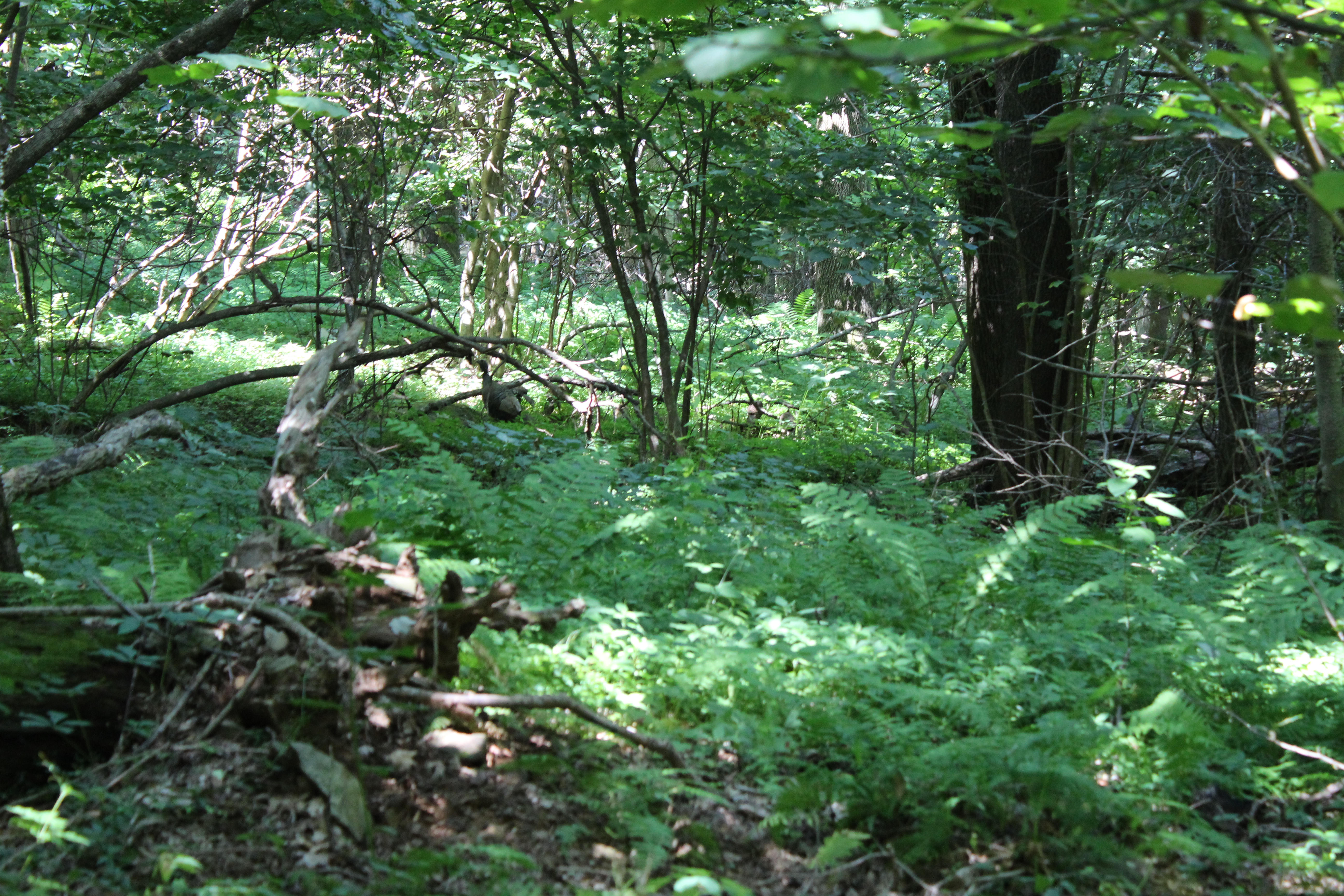 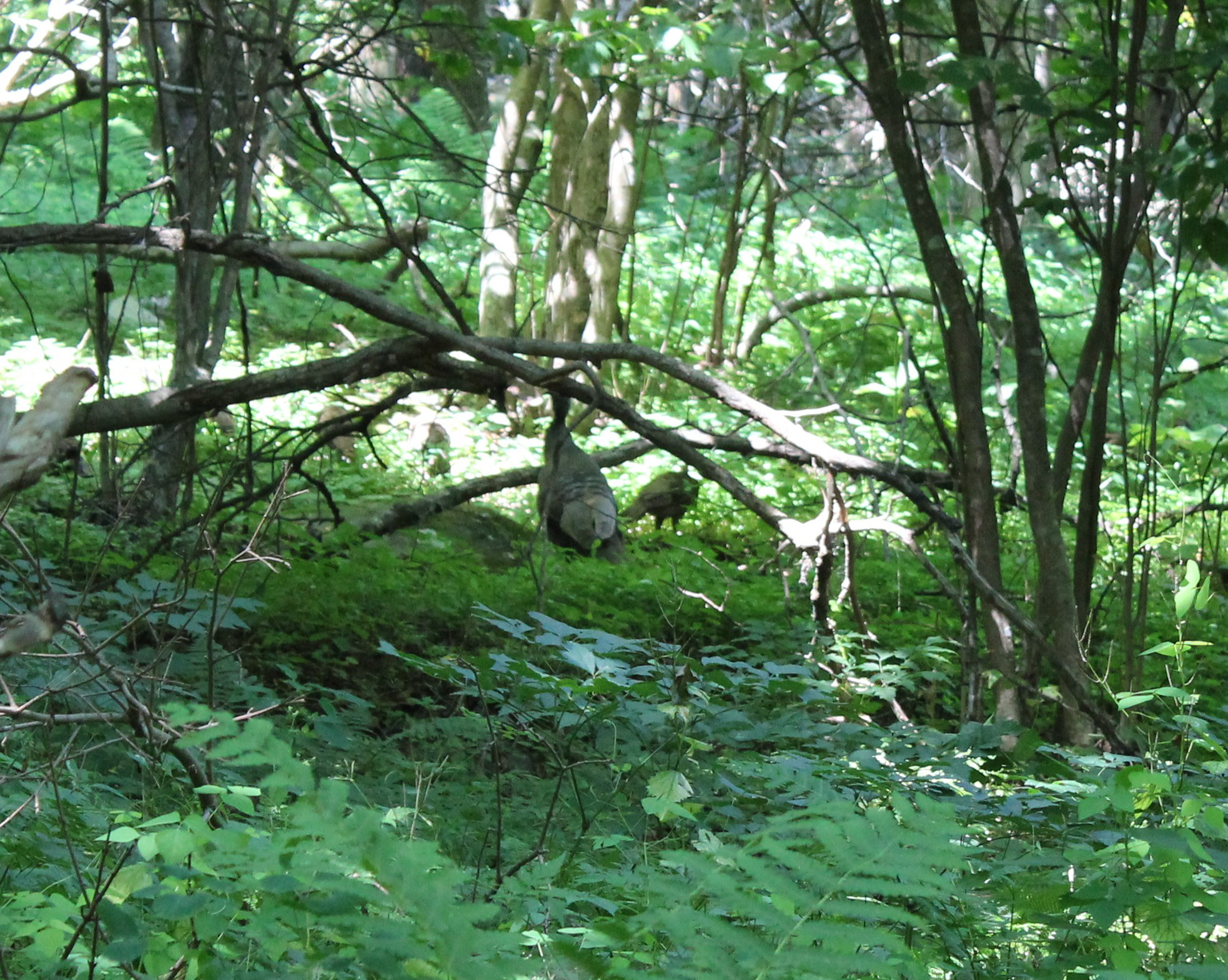 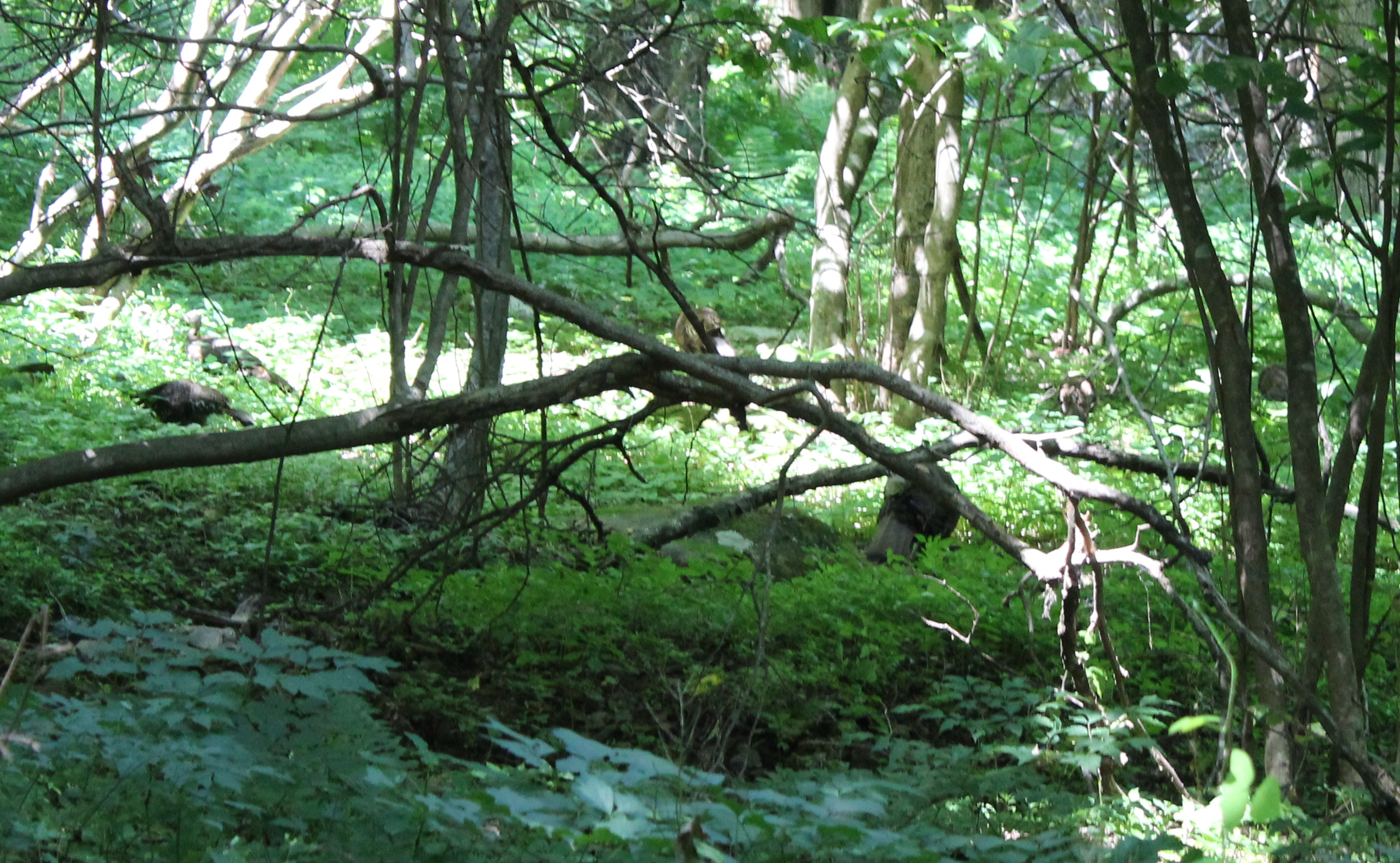 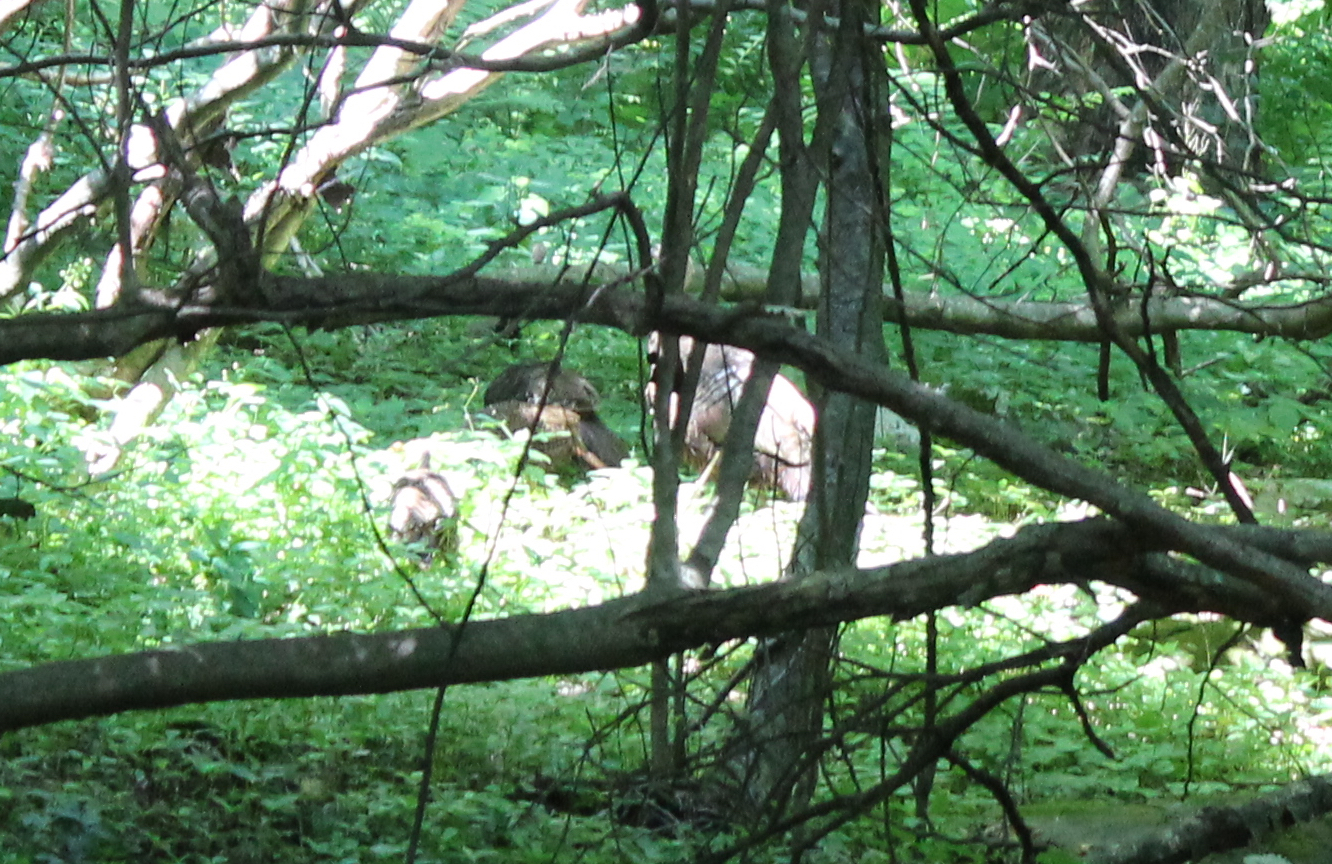 I had never found wild turkeys before so seeing two fully grown ones with several little chicks scattered next to them was incredible.  Also amazing, a short time later we reached the first Rose River Falls where butterflies flew around us and landed on our arms and hands . . . 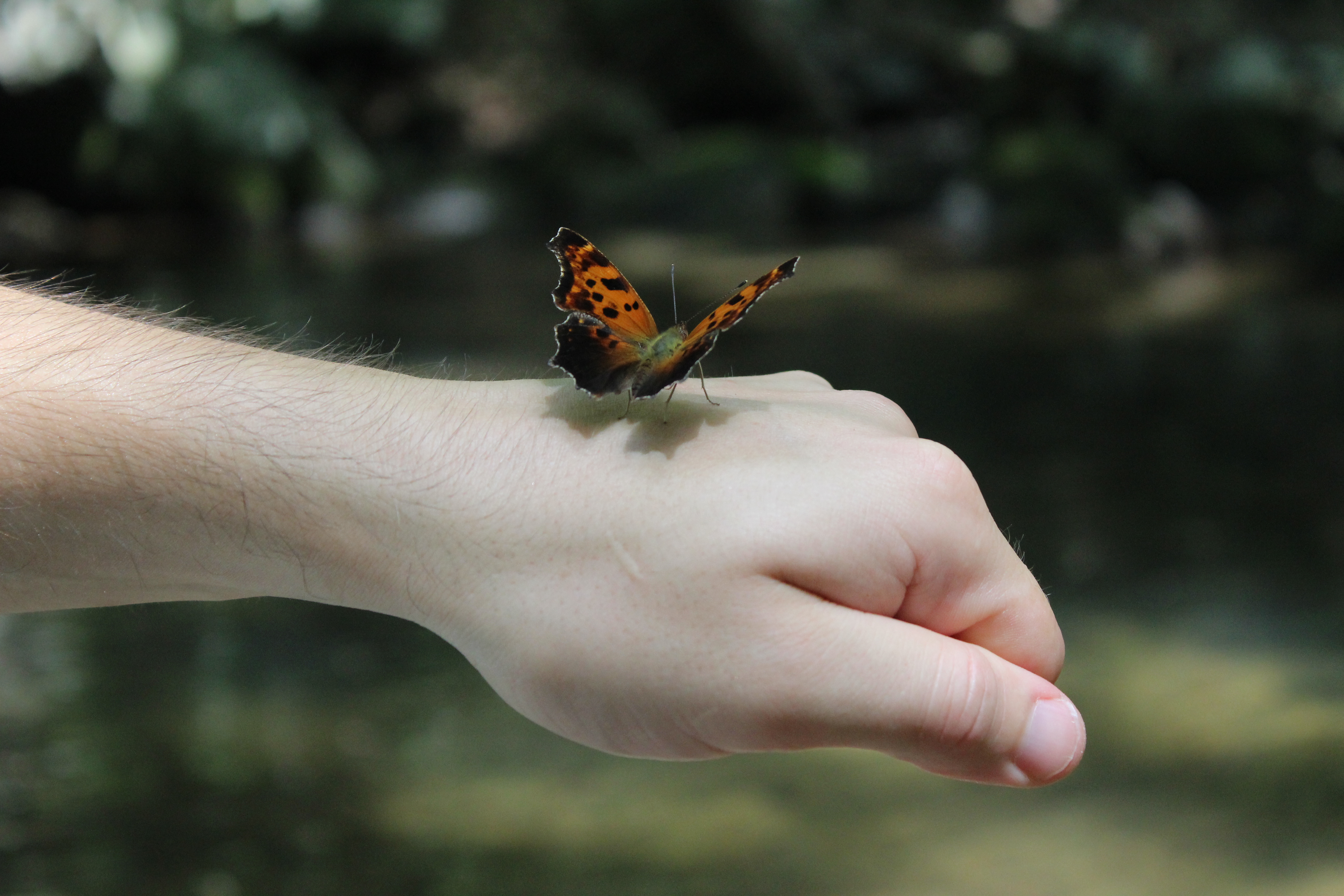 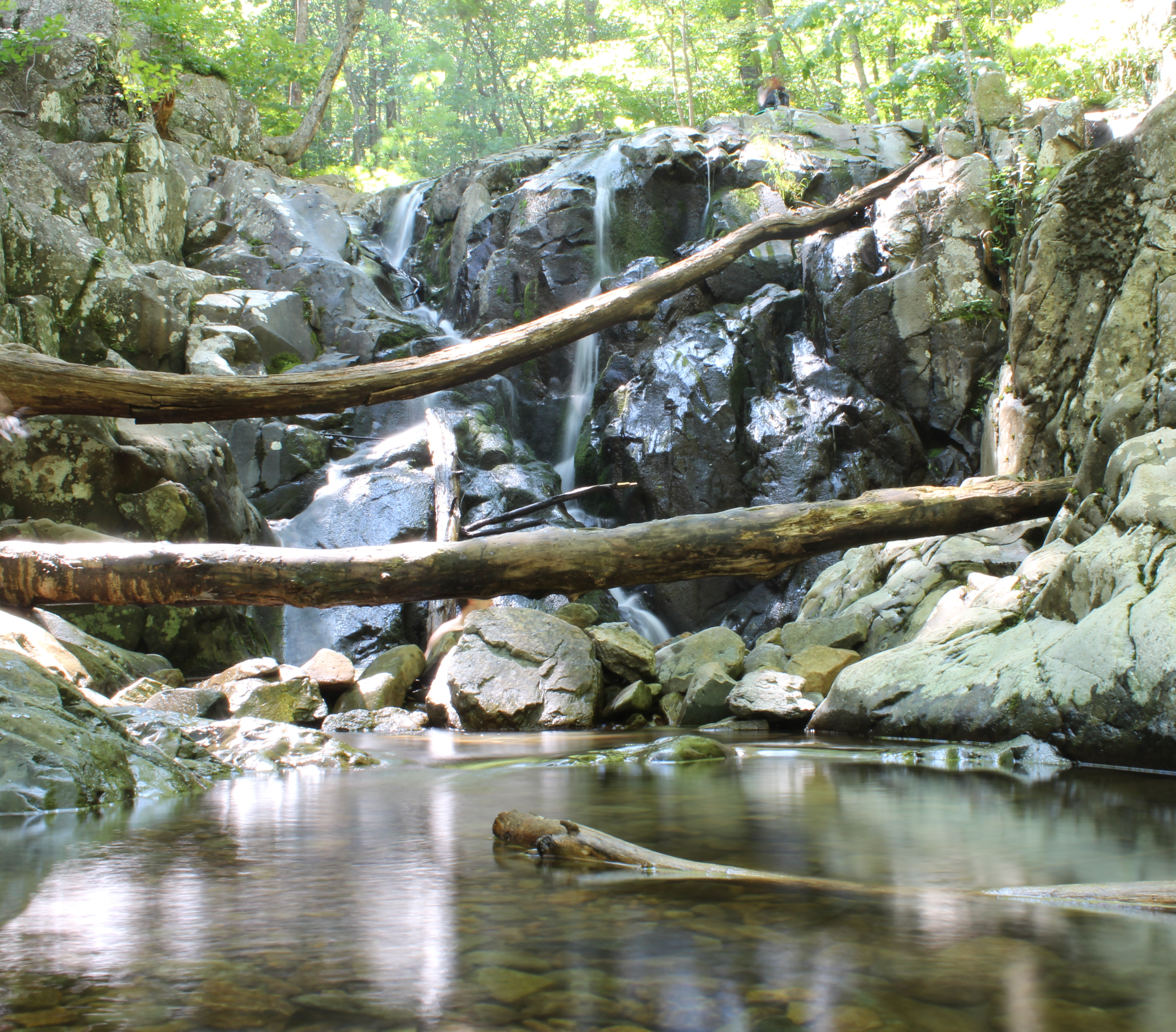 It was a hot, humid summer’s day so people flocked to the pools below the falls.  These pictures were taken quickly as they jumped out for bites to eat or as they scrambled on the rocks.

Following the water, we slipped off trail where more cascades greeted us.  The further we ventured, the less people we found so I would highly suggest doing this if you happen into the area . . . 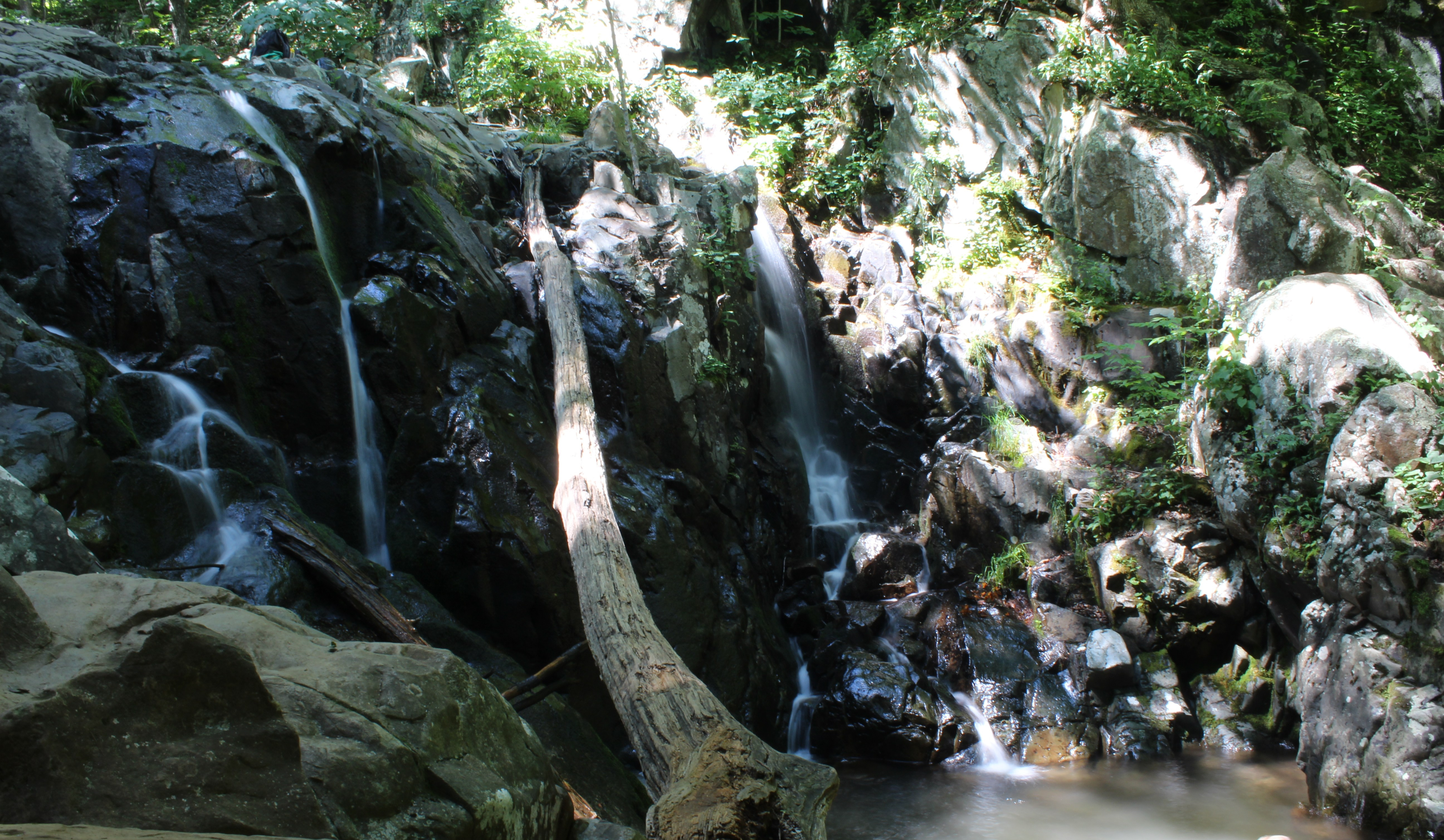 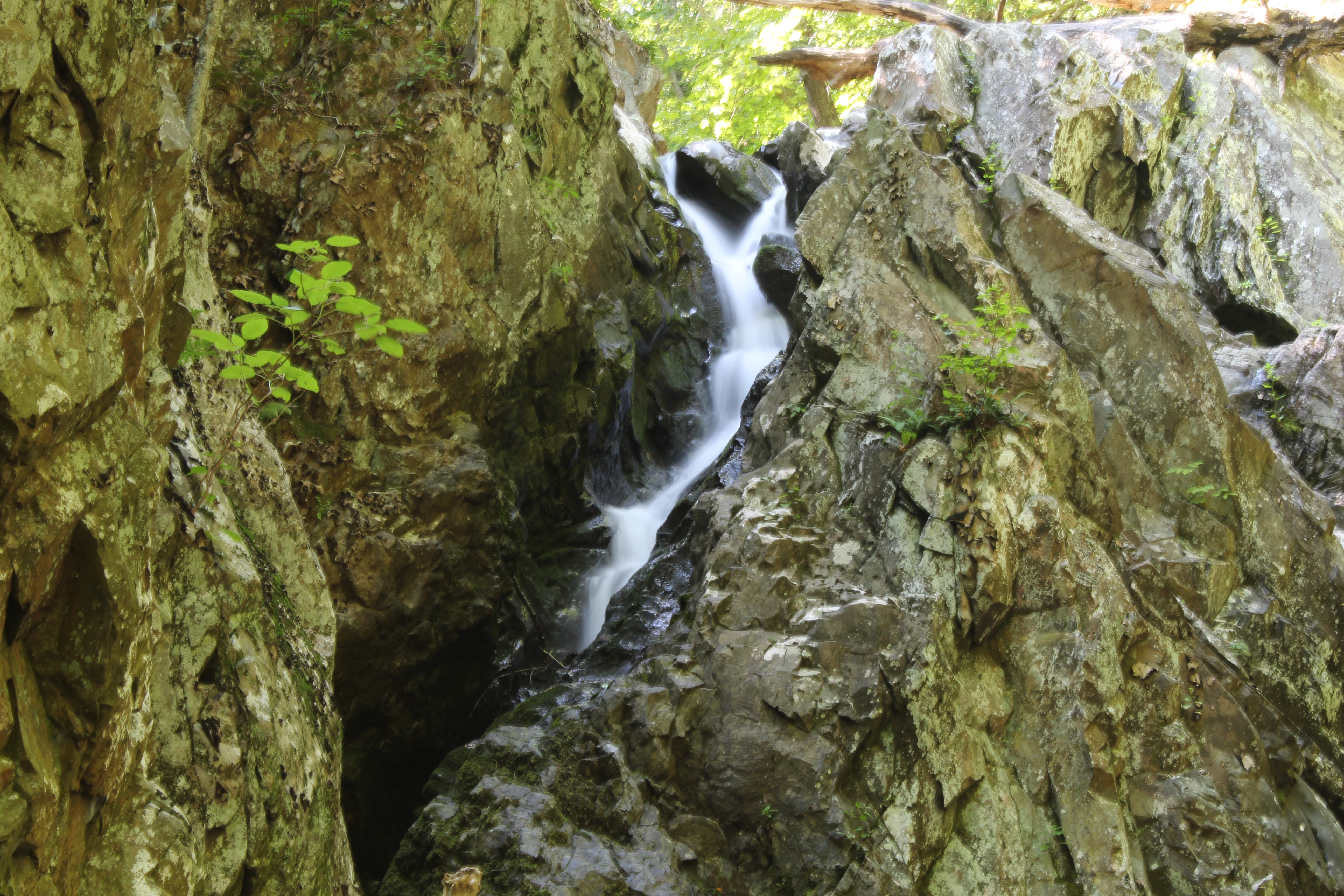 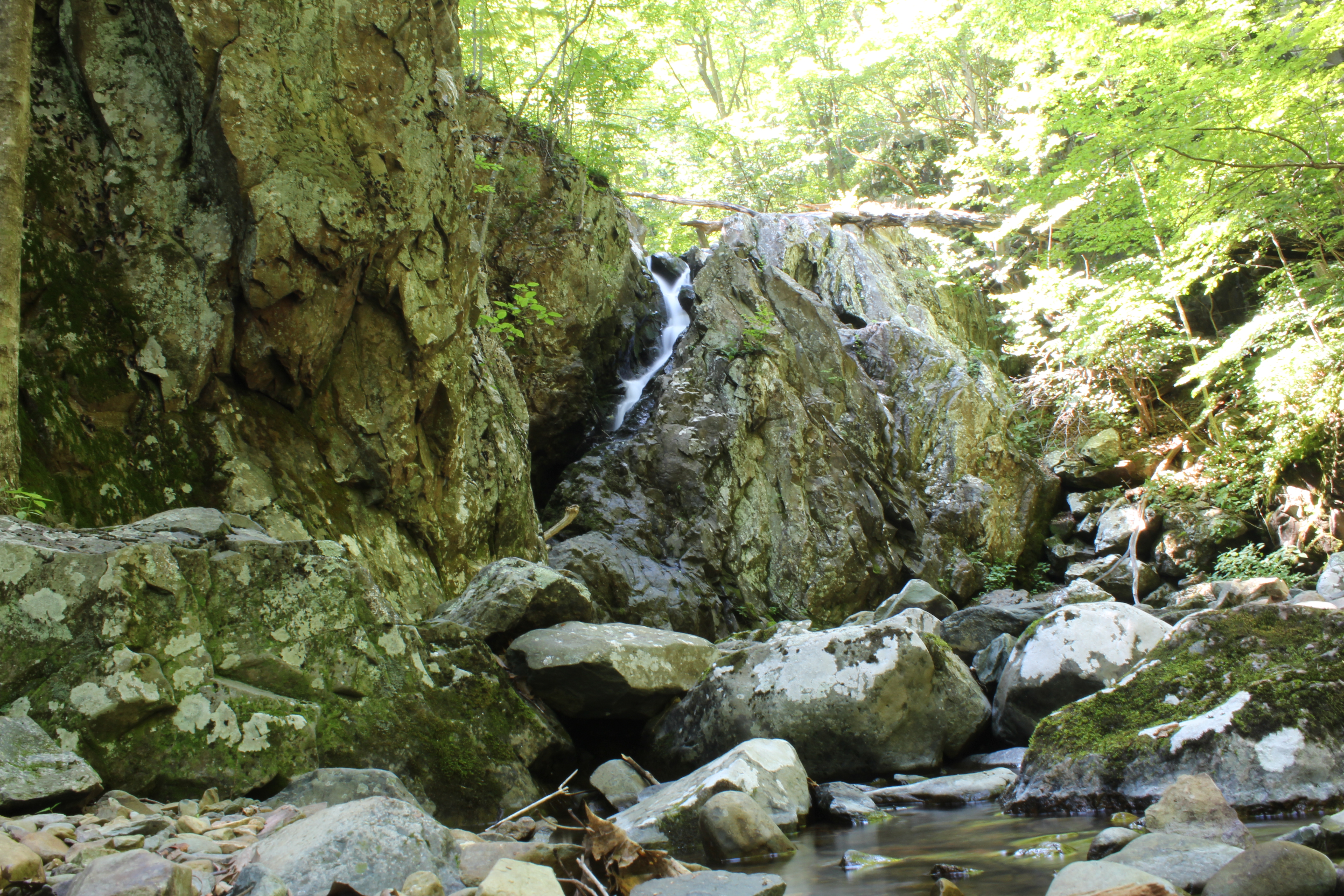 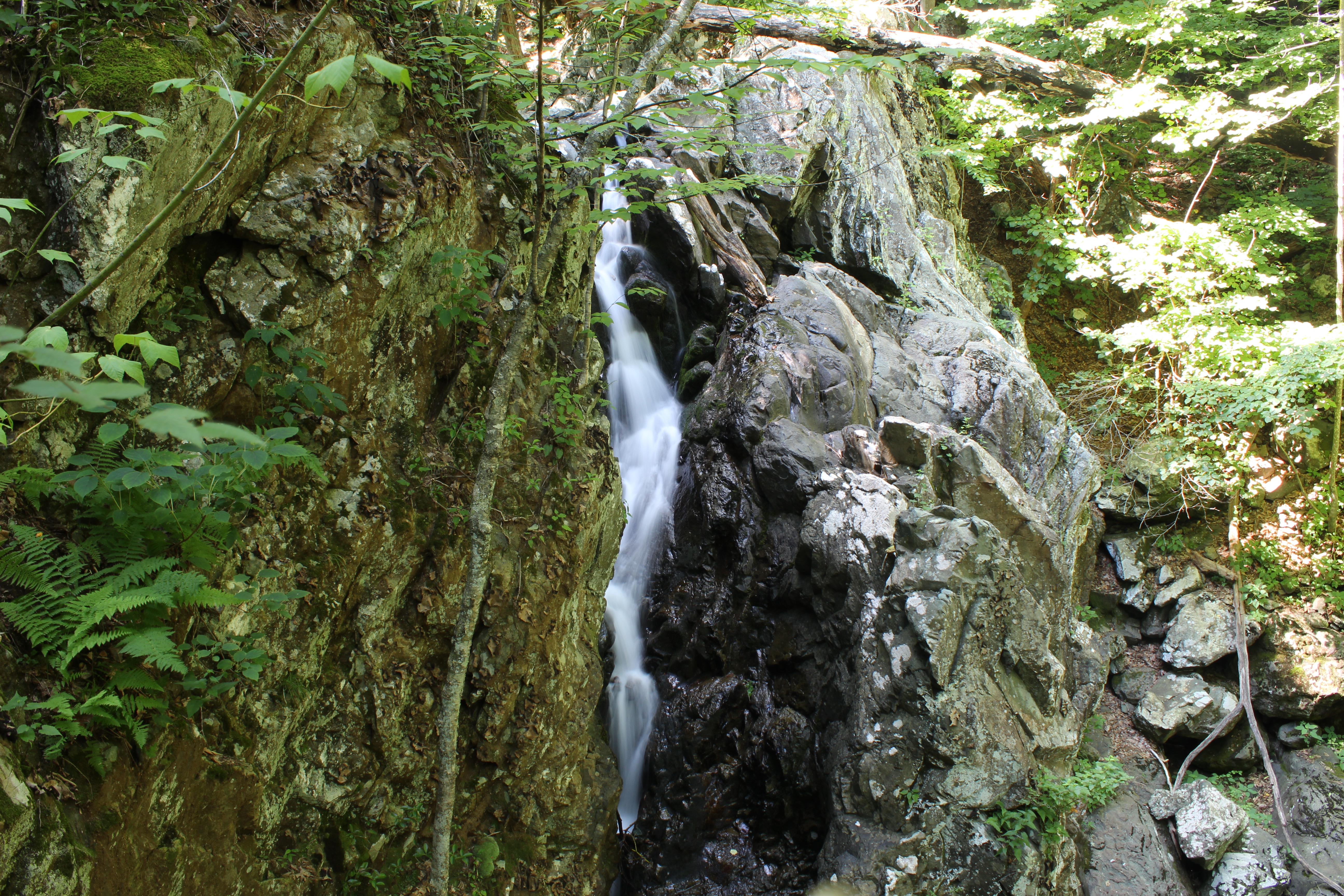 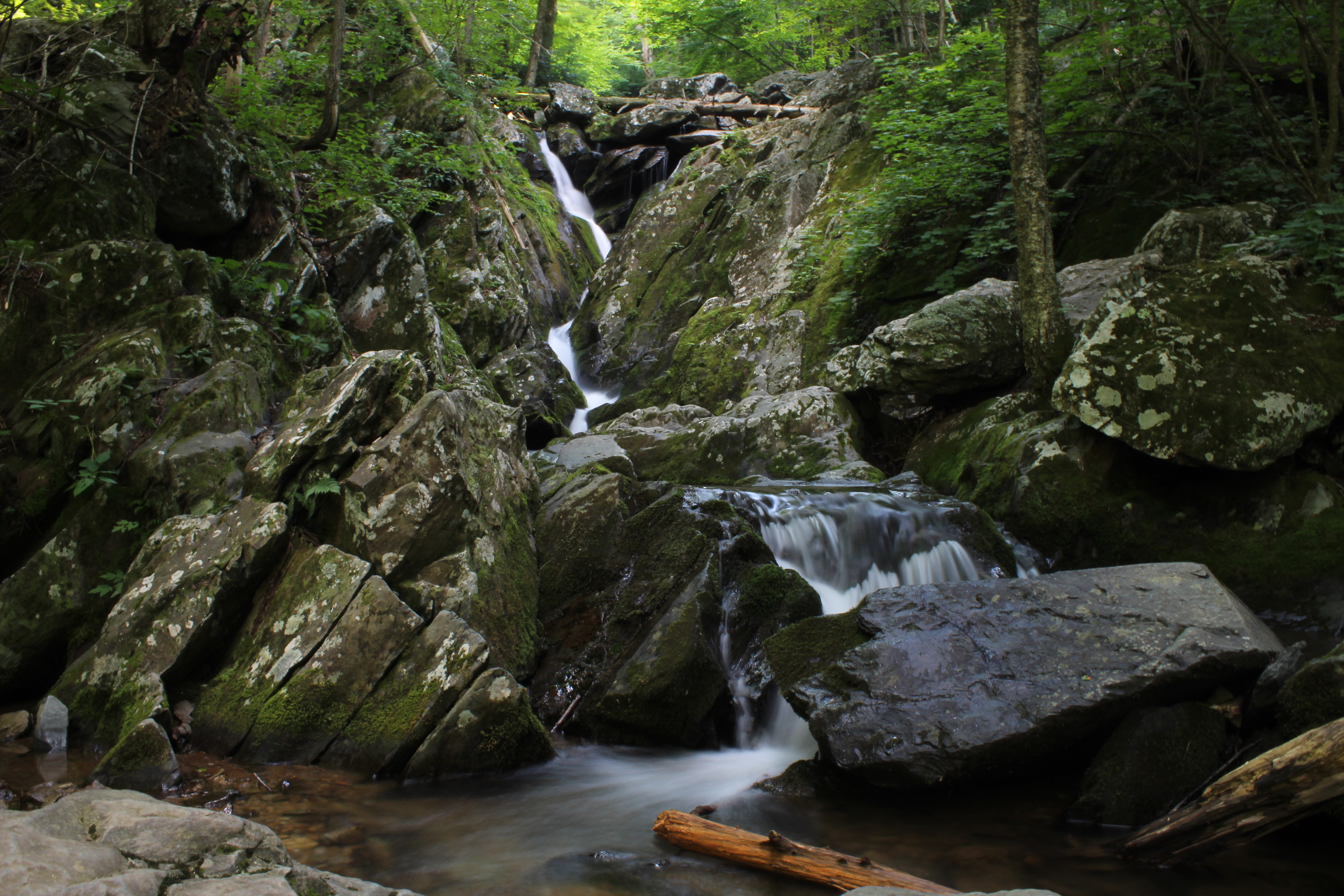 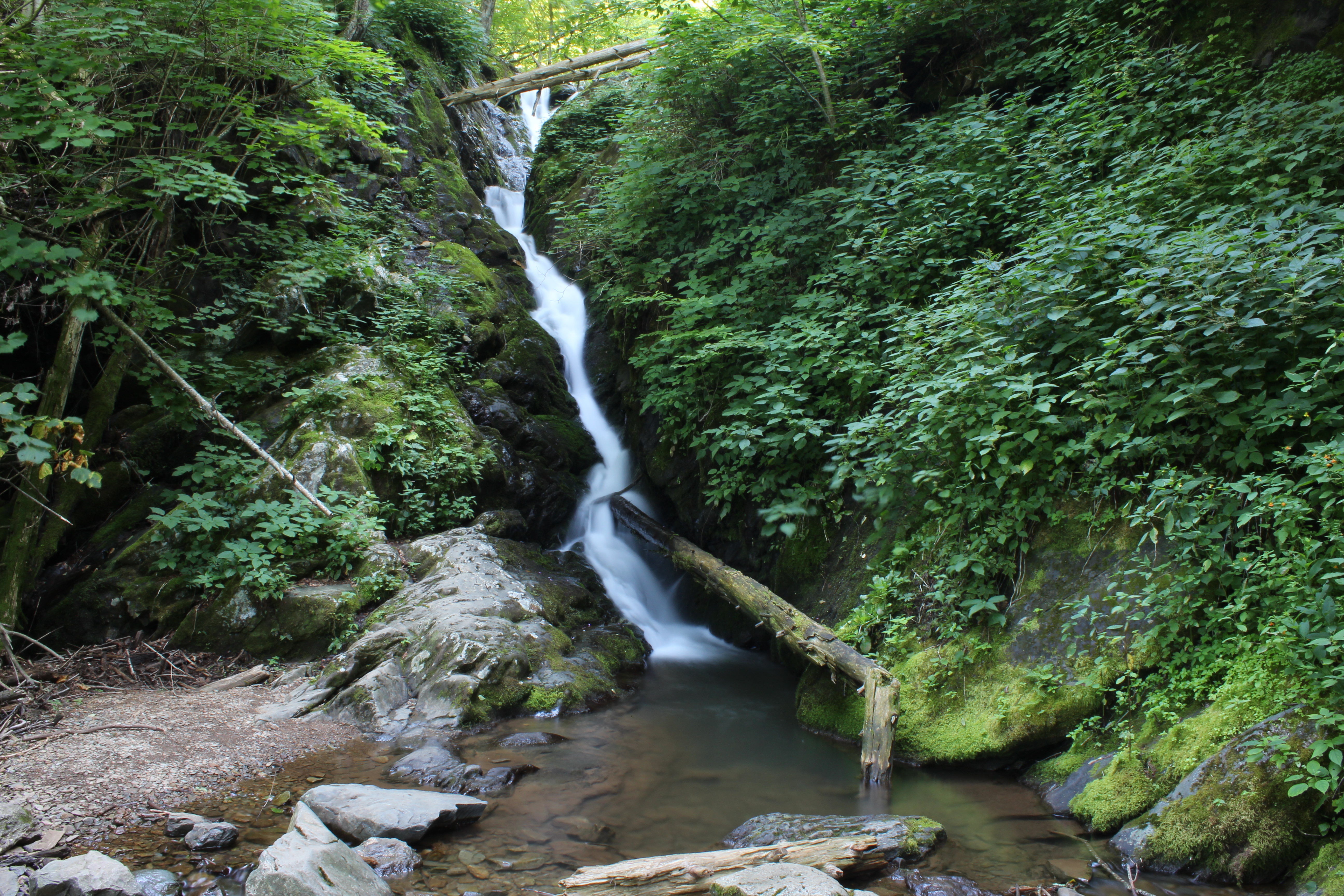 People often talk of Rose River Falls — It is one of Shenandoah National Parks most popular cascades; however, few venture below that fall where a more majestic, noticeably taller waterfall awaits.  It goes to show sometimes there are rewards for wandering off path and exploring your own trail.