“Get ready,” Andy told me as I sat in my pajamas on the sofa.  It was 4:30 p.m. on a Thursday.  My plans were as I appeared: to relax in my sleepwear after a long day at work.  He, however, thought differently.  “When I get back from walking the cat, we are going on a hike.”

“But I already changed.”  My mind was made up to not do anything.  Mainly anything strenuous.  “And I’m exhausted.”

“L.  Be ready when I come back or I’m hiking without you” and the door closed.  I huffed then looked out the window.  The sun was setting, and I had been pleading with him for months to hike a sunset trail.  Plus, I rationalized, one thing was definite: Andy was not going without me.

“Fine,” I told him, though he was gone so I walked towards our bedroom to change.

Being that it was a Thursday, we didn’t have hours to drive to the mountains to find our sunset walk.  However, we had saved a second urban James River hike for a quick weekday venture.  Here’s more on this Belle Isle trail:

As we did before when we hiked the James River, we decided to add additional miles by walking up the canal to Brown’s Island then crossing into and around Belle Isle.  This made our hike a total of five-point-four miles.

Starting around the same place as before, we walked parallel to the canal and under the train tracks. 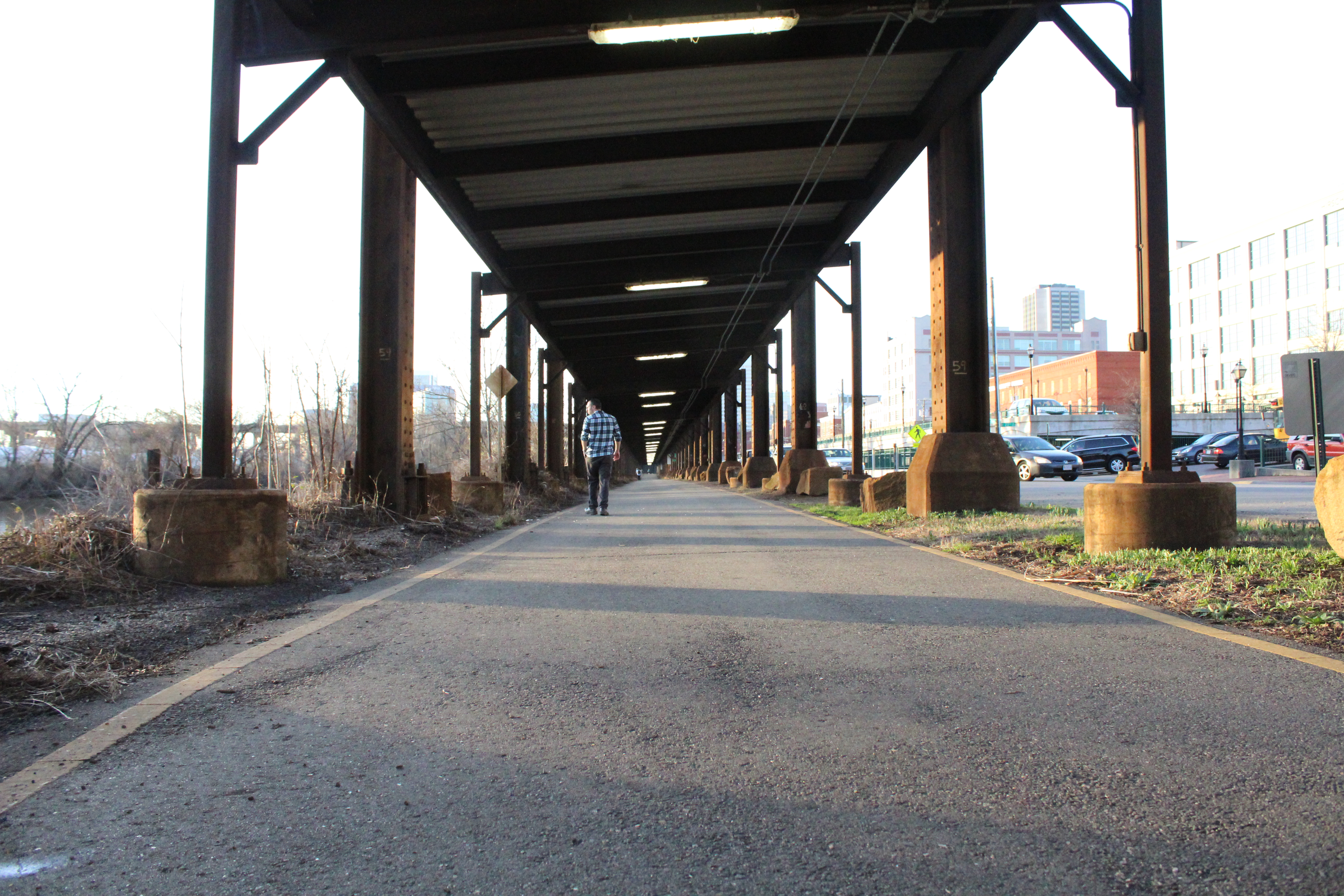 Knowing the river was even higher than when we walked before, we knew the pipeline would be uncrossable so we opted to head past the areas with murals instead. 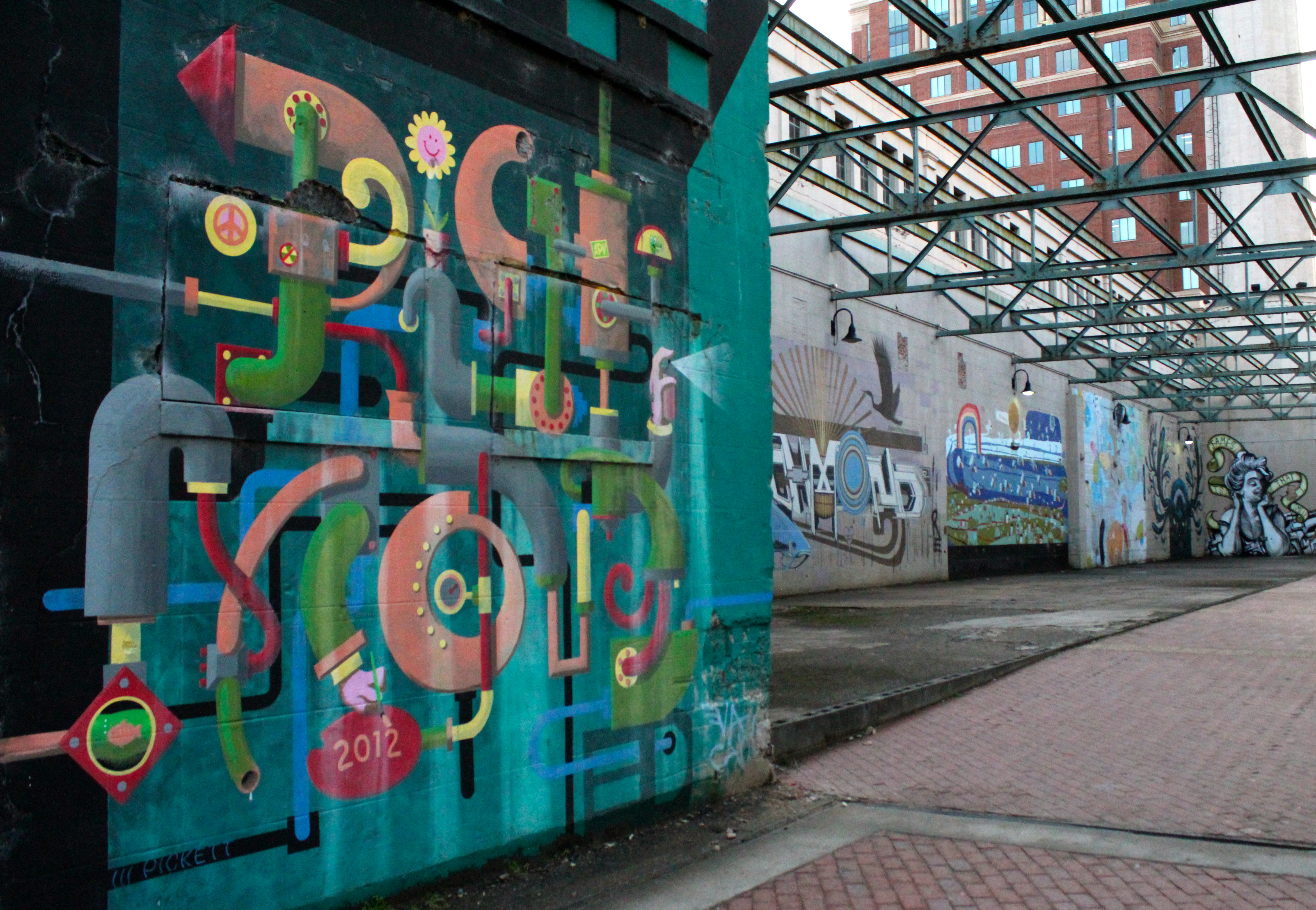 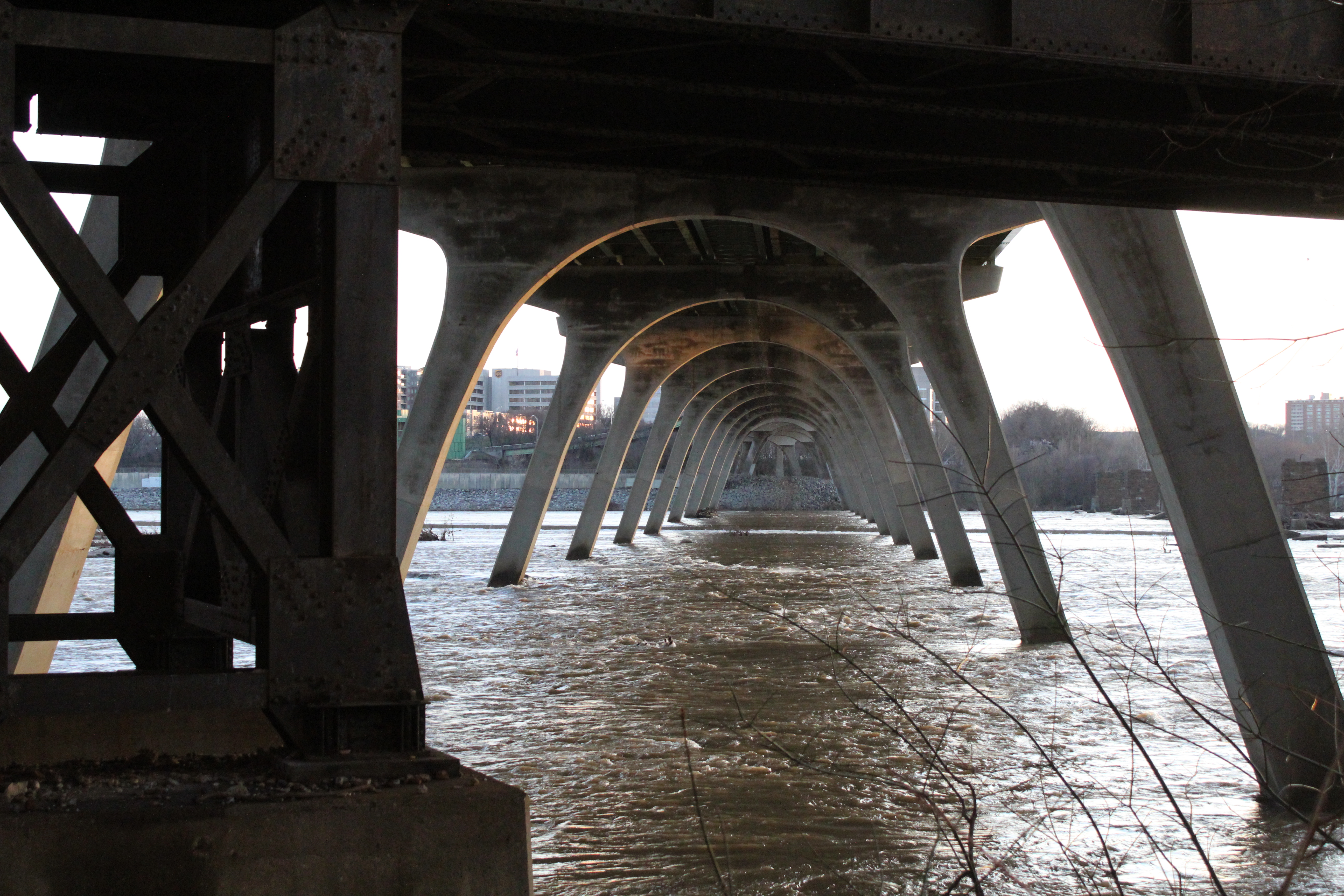 where the sun dripped lower with burning bright orange rays. 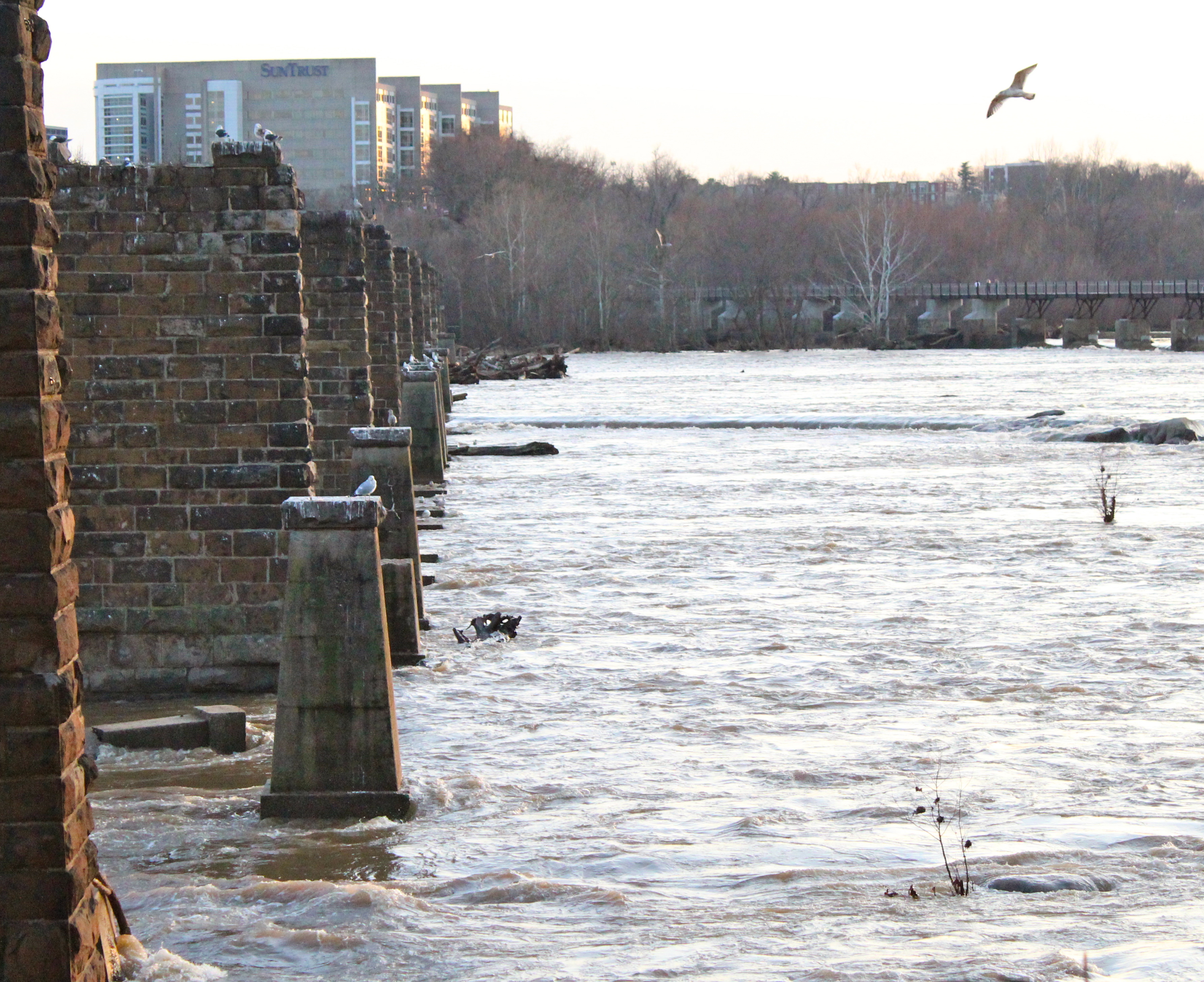 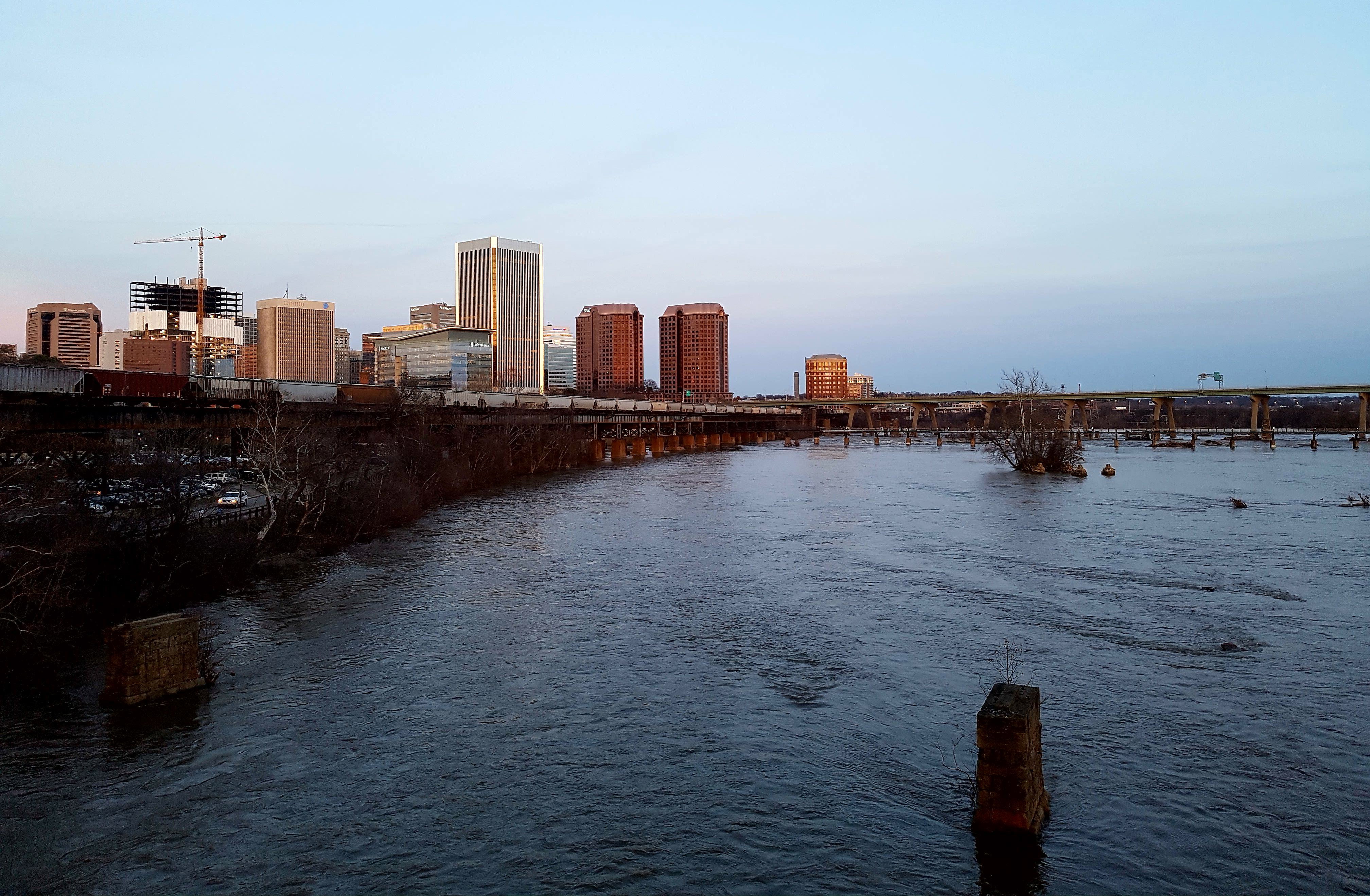 Racing towards the sun as it dropped behind the trees, we made it to the suspension bridge as pinks, purples, oranges, and yellows burst into the sky. 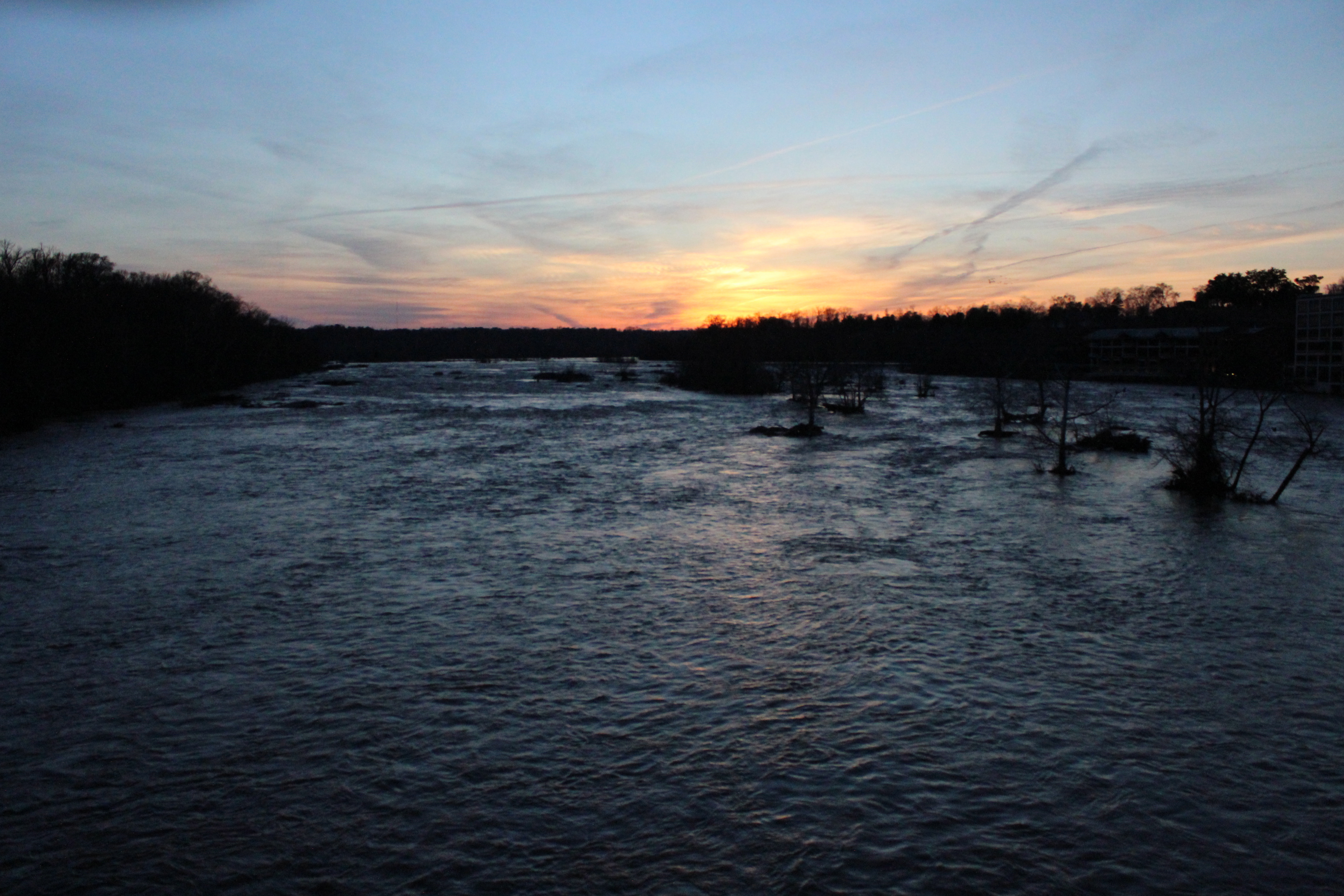 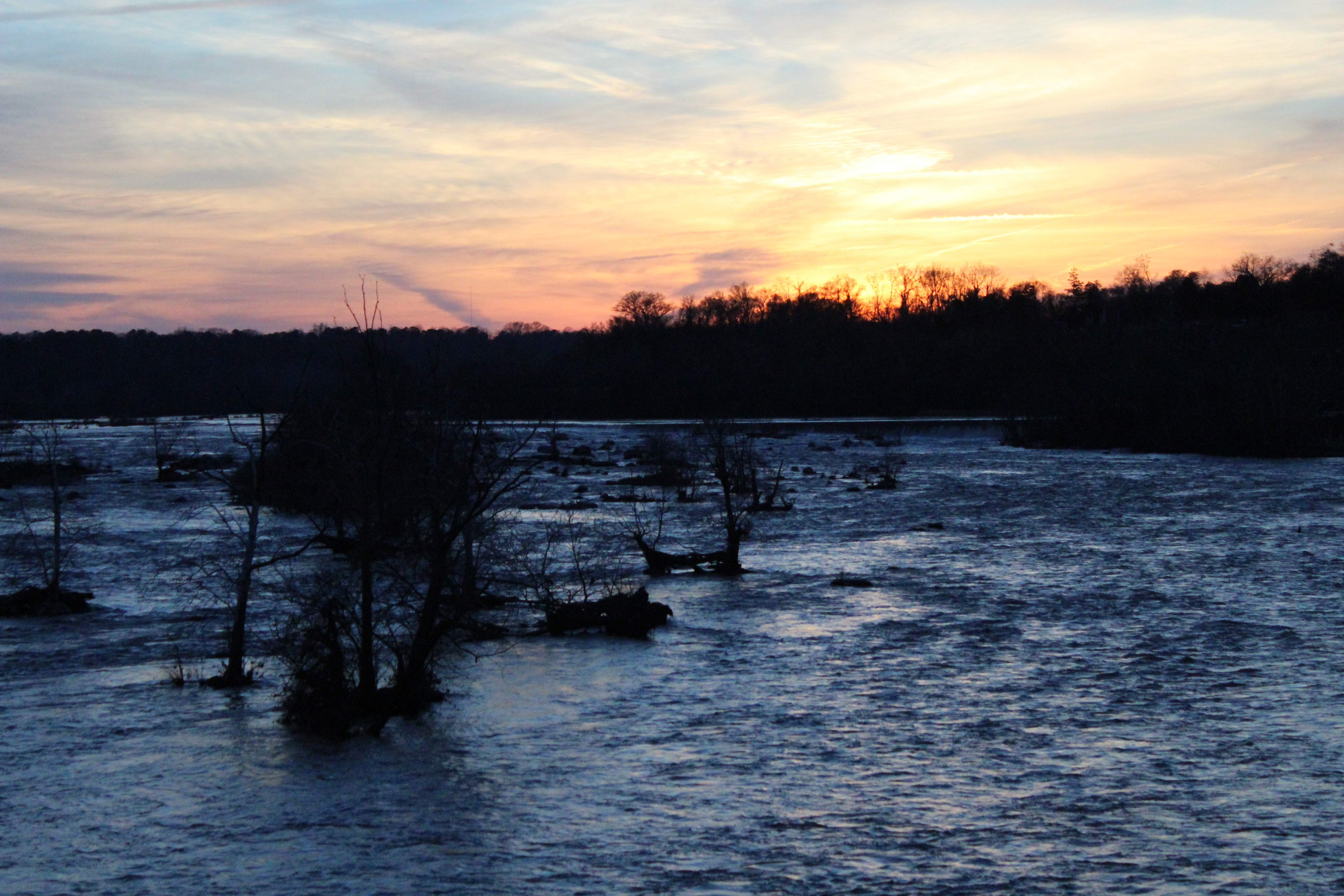 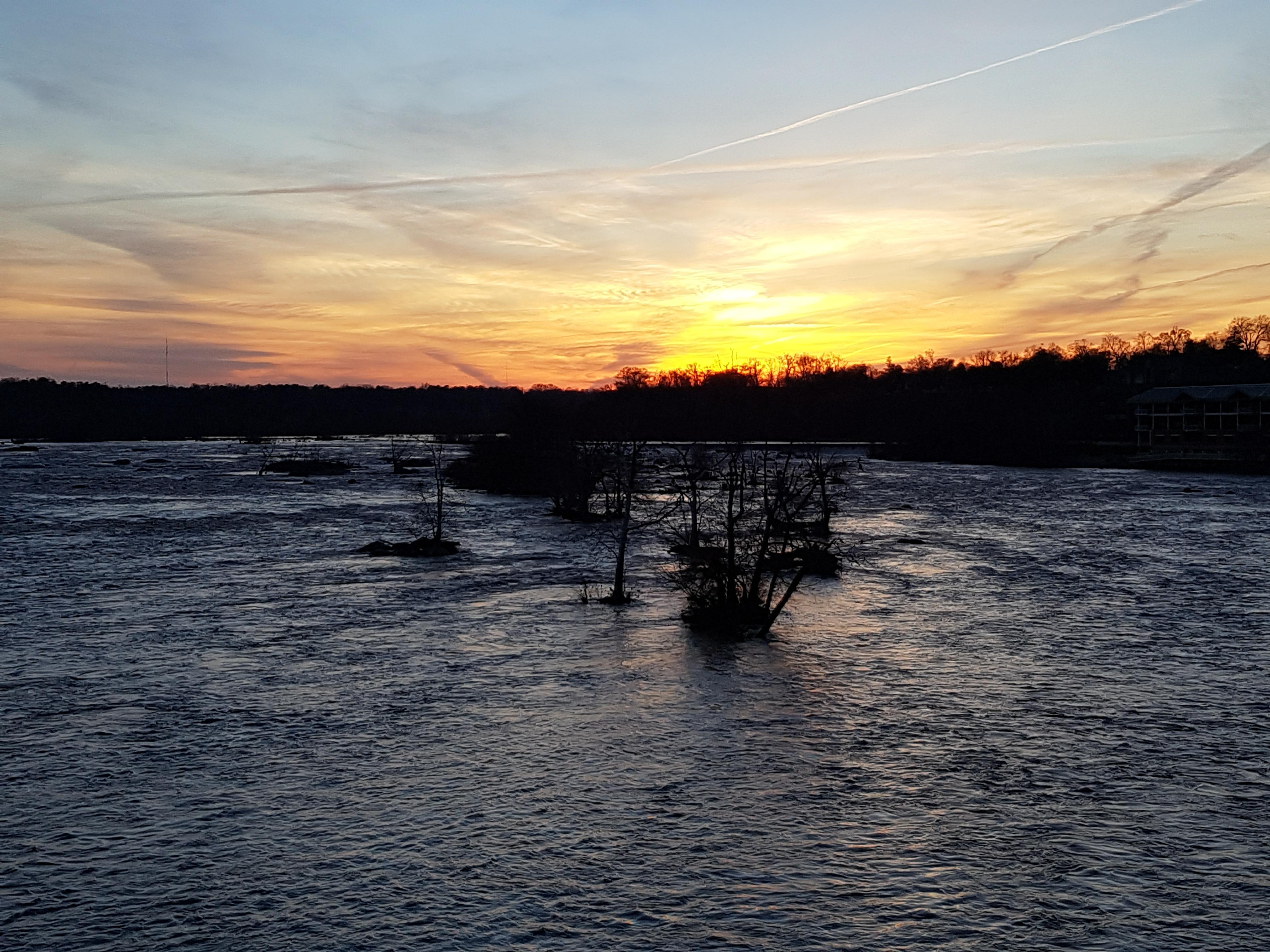 Meanwhile, the city’s lights turned on, appearing more as fireflies near the buildings. 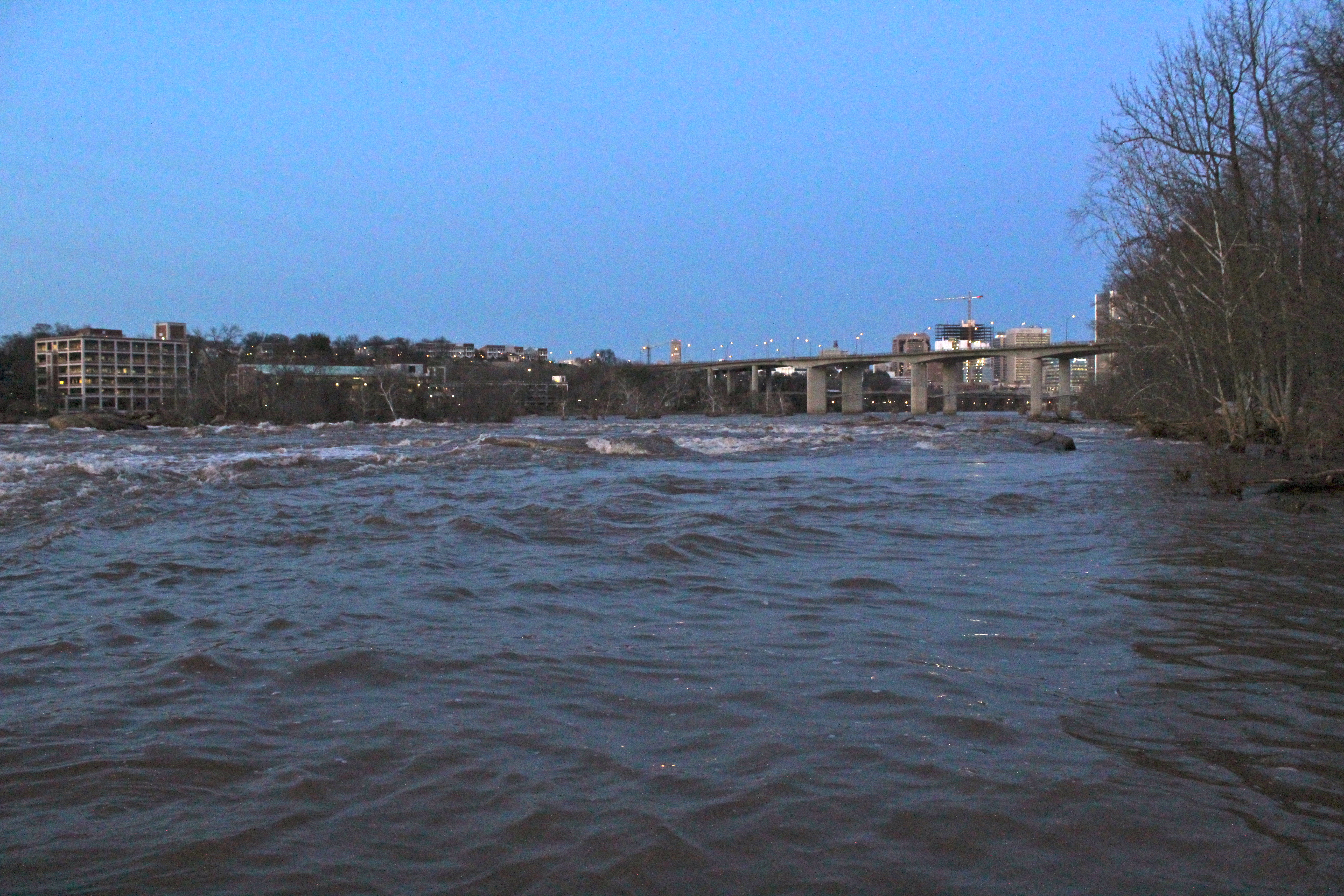 But we were greedy, striding towards the sun to absorb its final, fading rays. 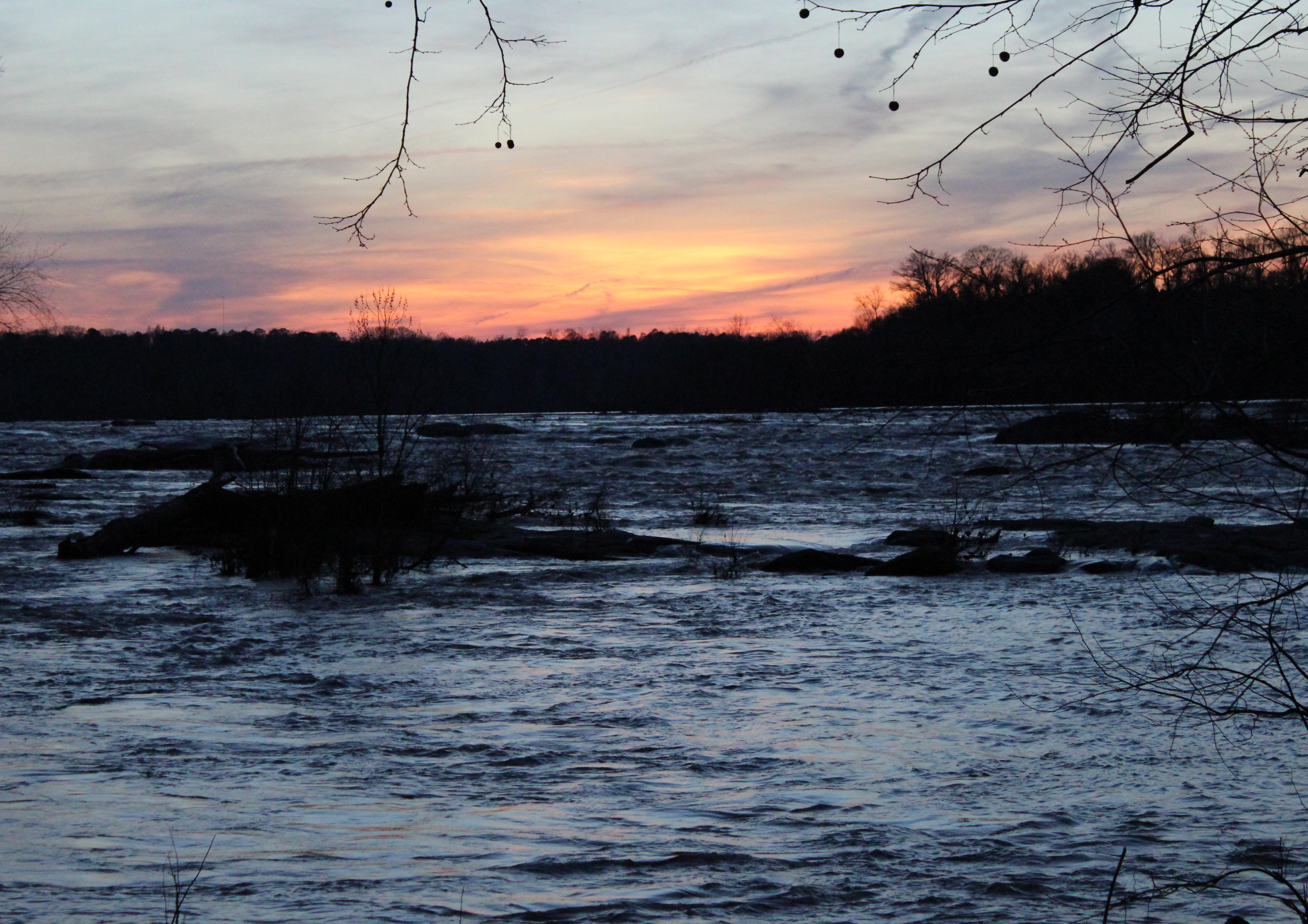 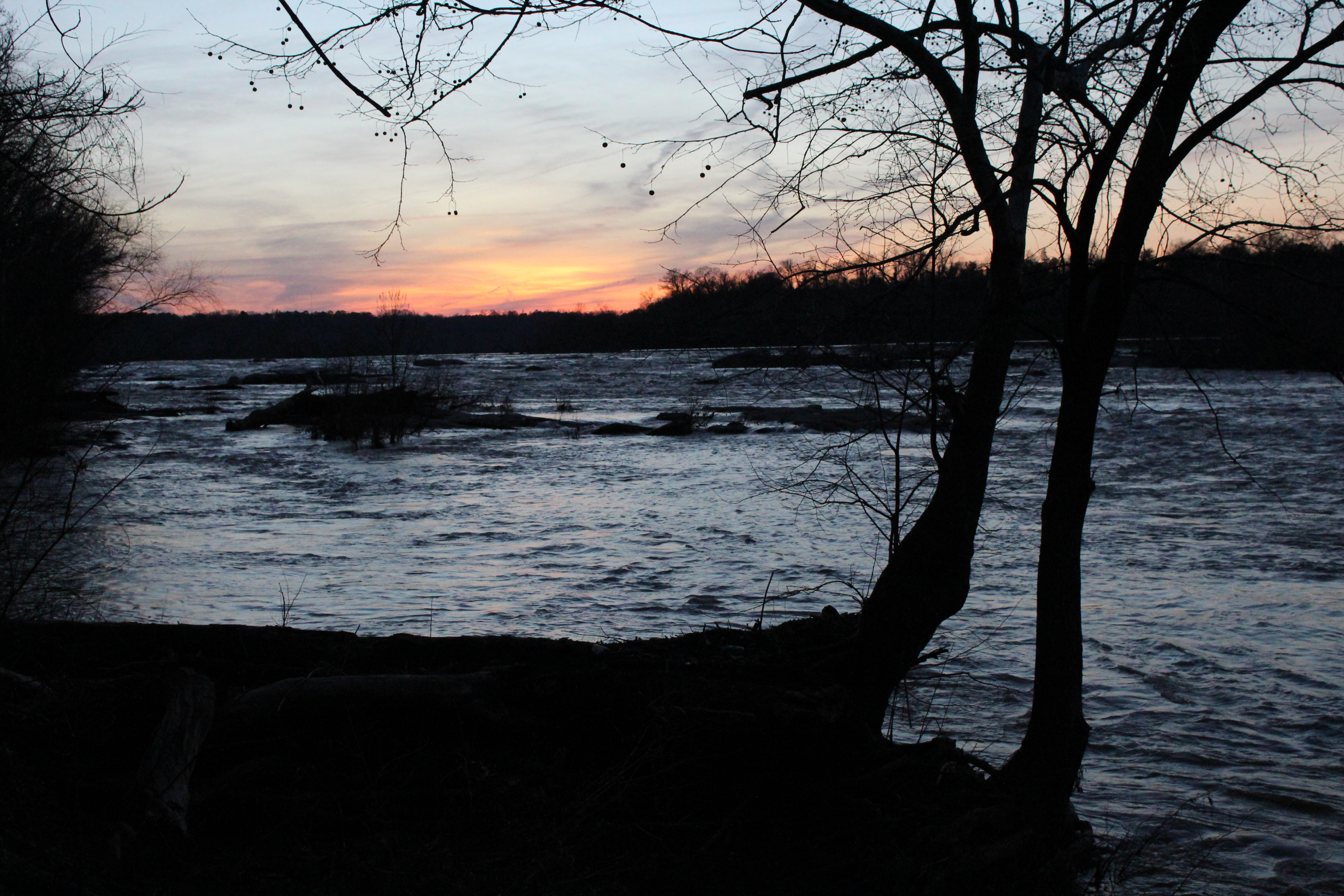 Belle Isle is known for many reasons: Most interestingly, it was once a crowded Civil War prison camp.  Signs tell of how few people were able to escape.  Instead, many perished: About 1,000 Union soldiers died due to starvation, disease, and infection.  In lighter news though, Belle Isle also once housed an iron milling factory and an iron foundry.  Along with this, it has a granite quarry pit. 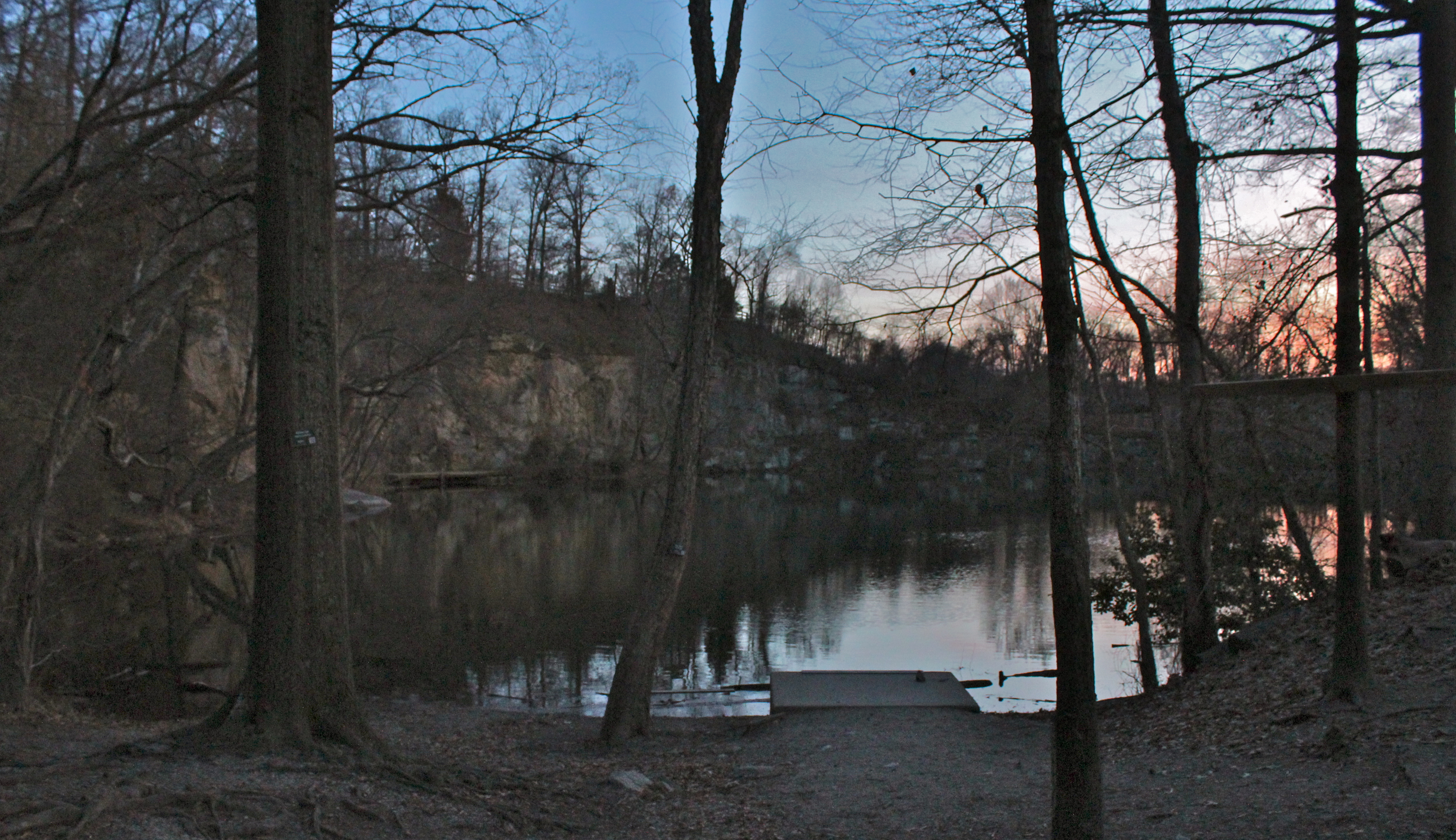 The edge of the river, though, is where we dipped at every change to catch the vibrant rays. 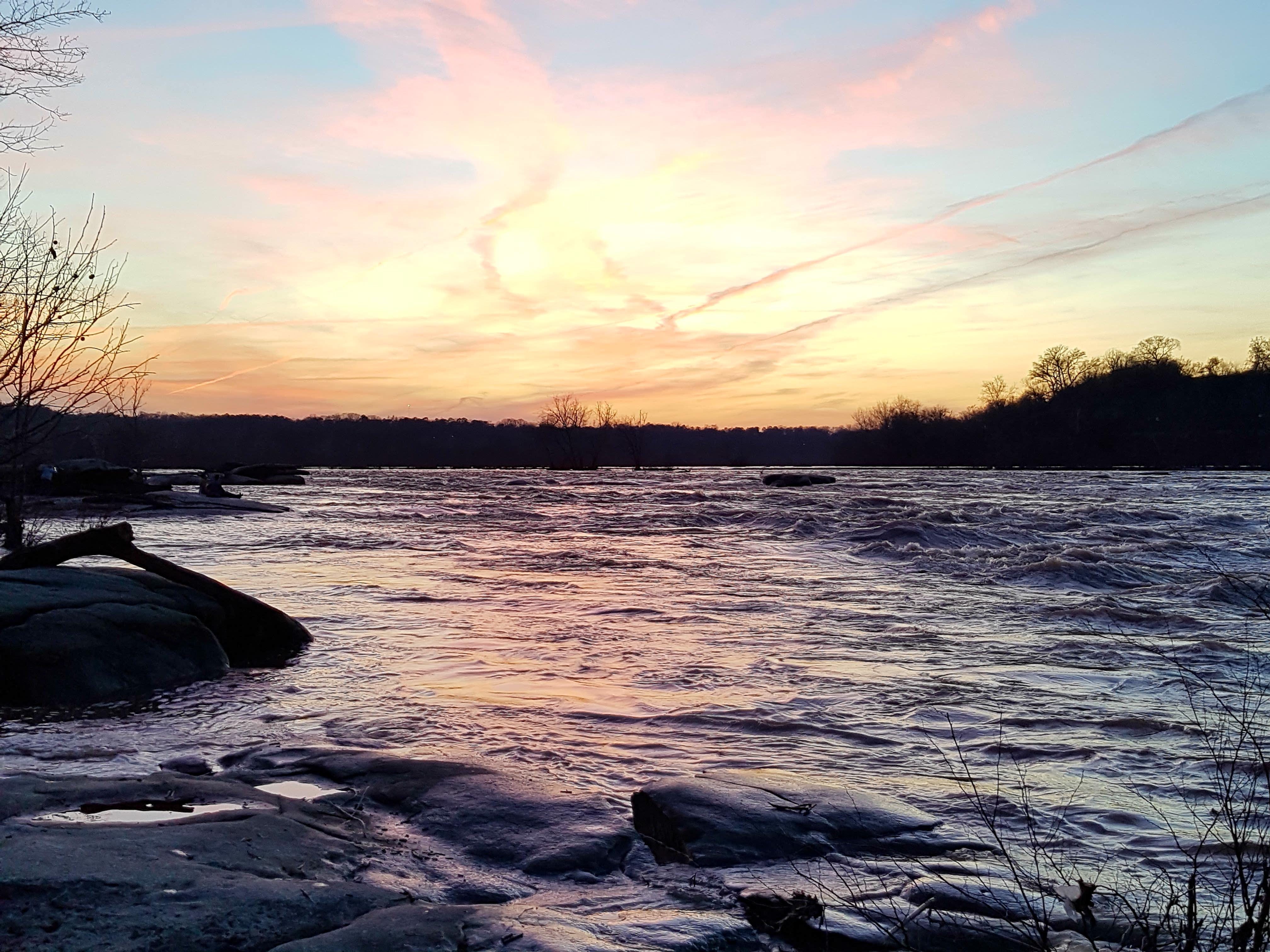 The approaching darkness allowed us to play with the contrast of light. 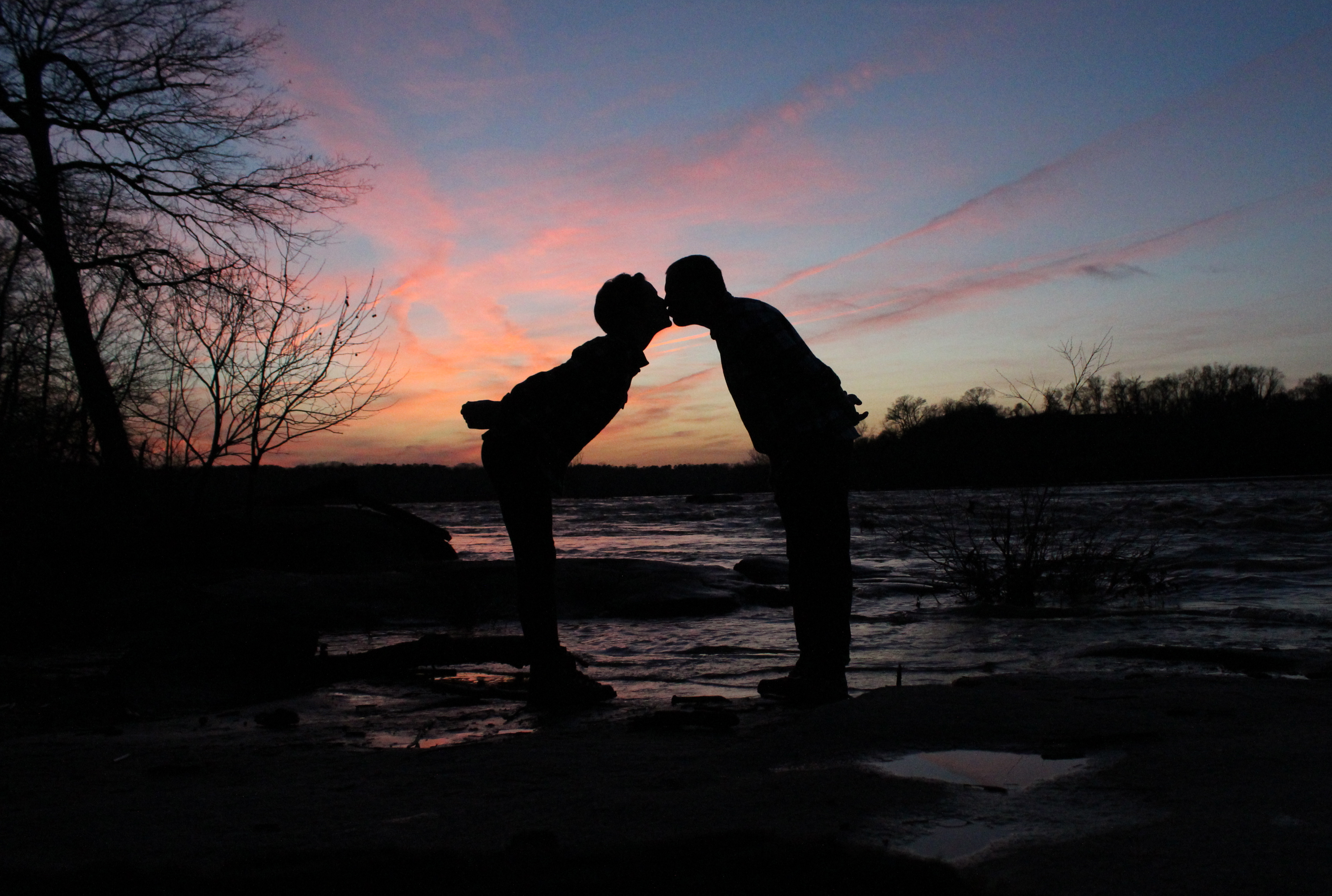 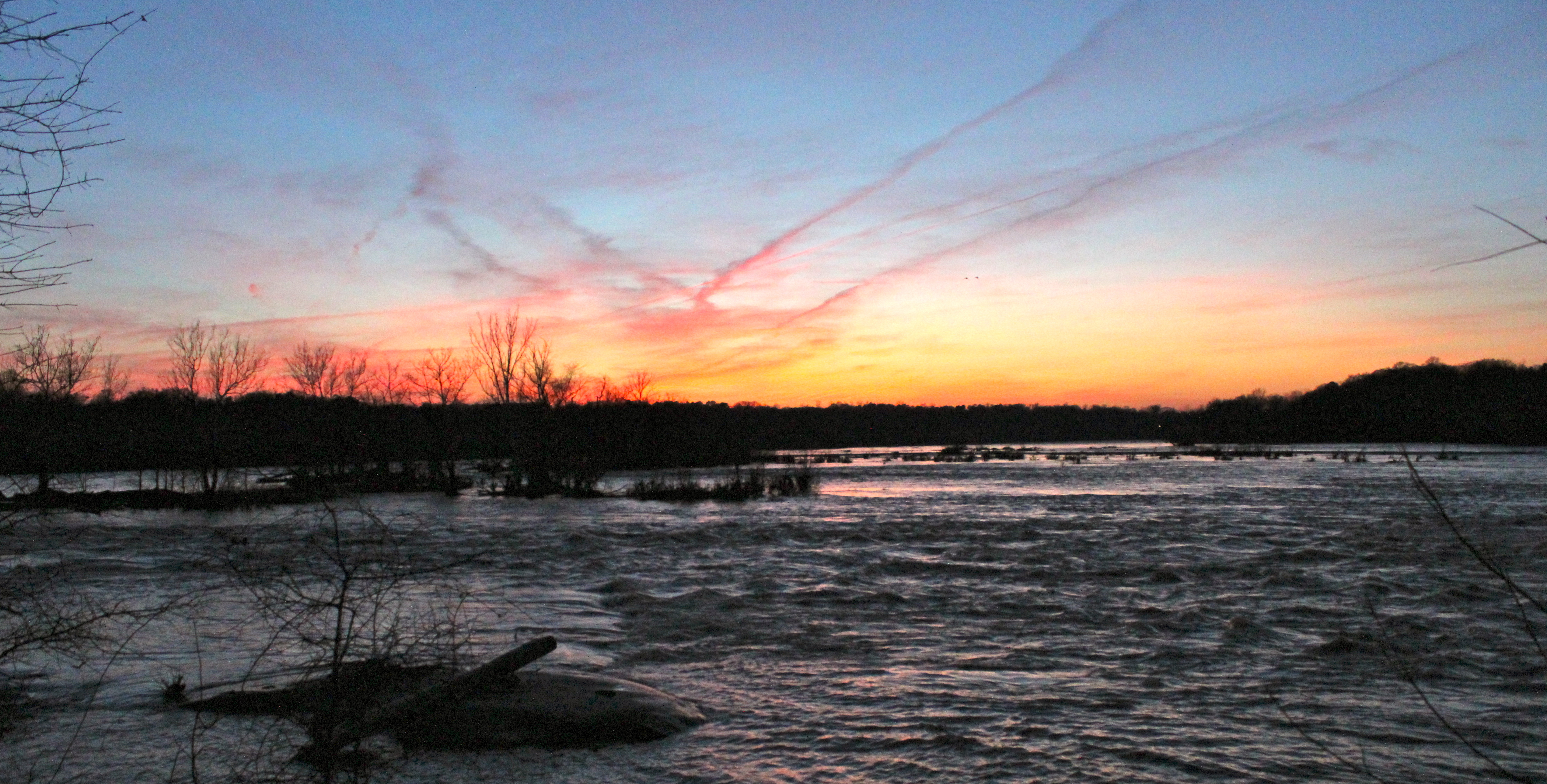 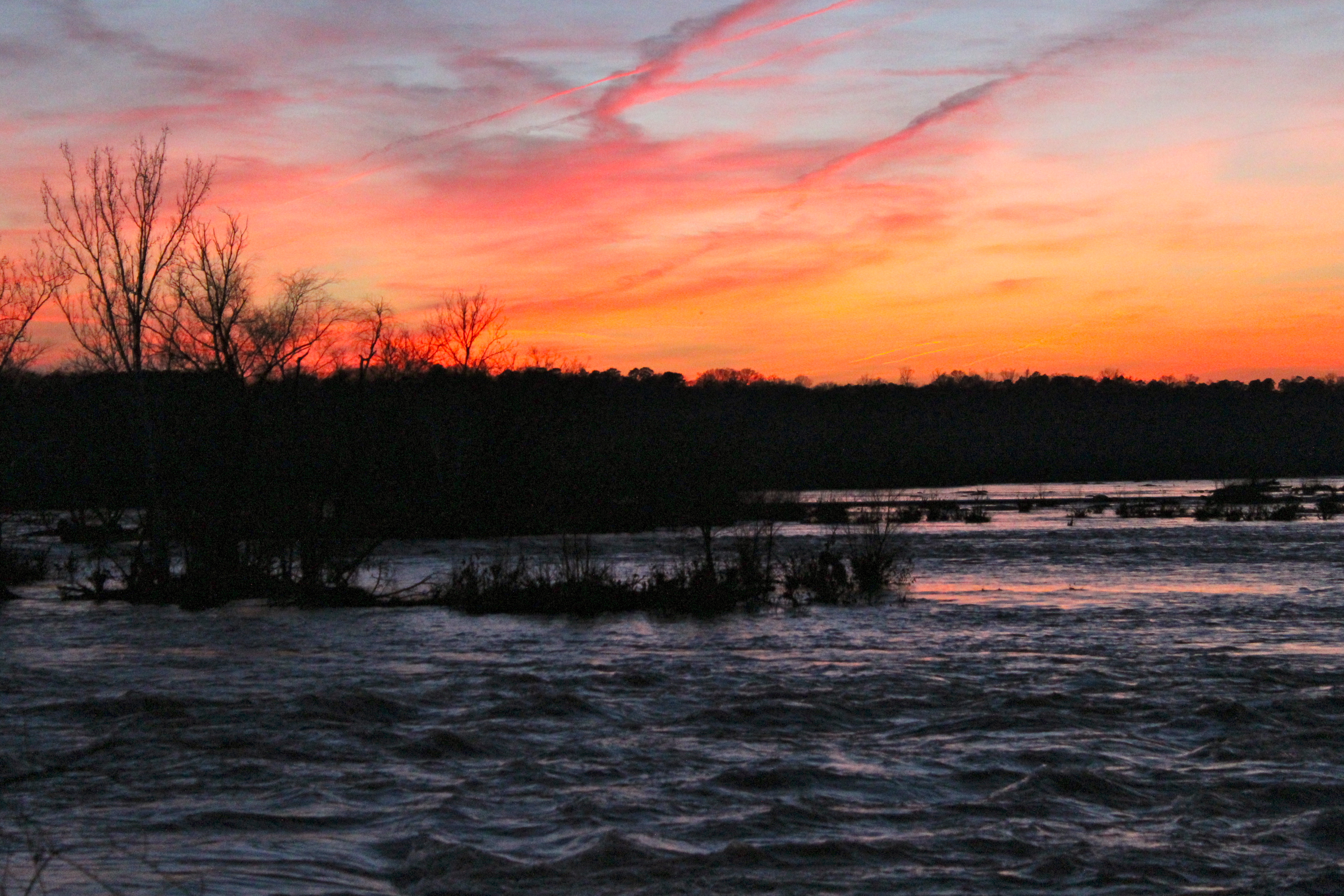 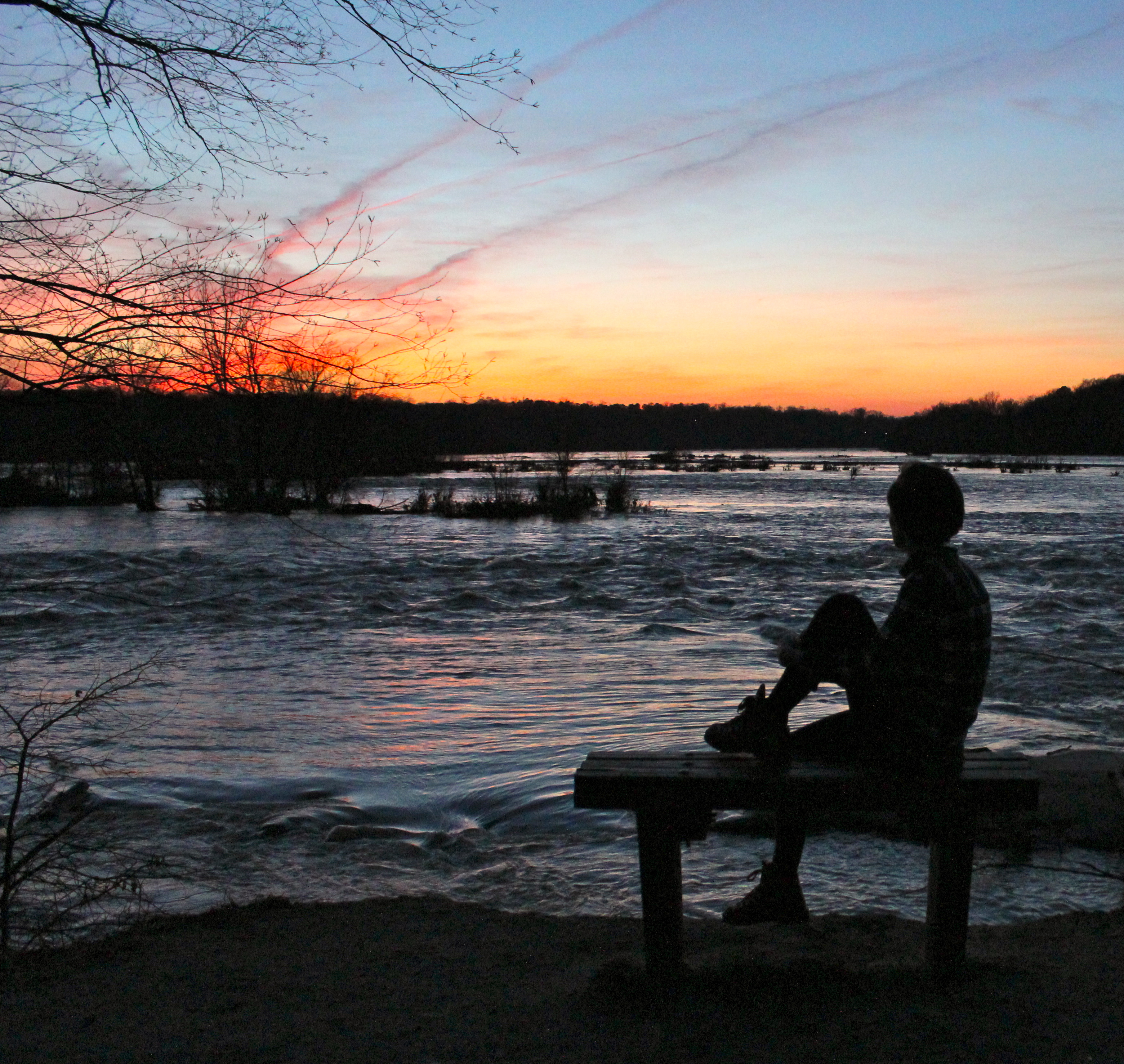 Soon, seconds after this picture was taken, the area was black and Andy and I were left in darkness.  Walking hand-in-hand and wishing we had headlamps for our hike back, the outing left me desiring.  It feel short, too quick — like the setting sun, which burst in color then sank into the water.  Andy and I were walking quickly, rounding the bend in the Belle Isle trail so that the city lights of Richmond — this powerful, building city — slowly rose from the ground, from the water.  The moment felt powerful, welcoming, safe. 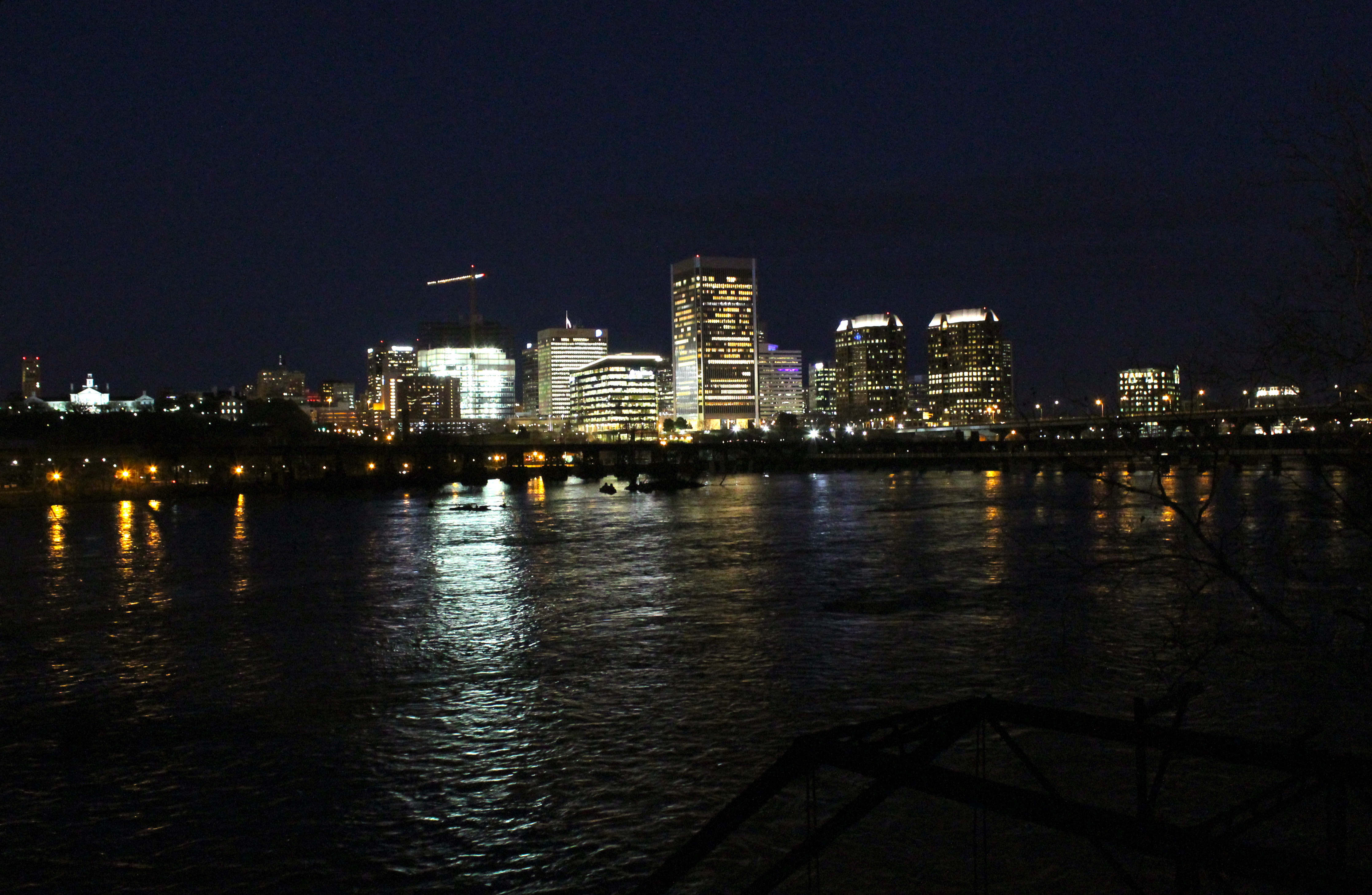 As we crossed the suspension bridge, leaving Belle Isle, Andy’s face came into view — illuminated, warm, and happy. I squeezed his hand, and he turned to me and smiled then we continued on our path home.